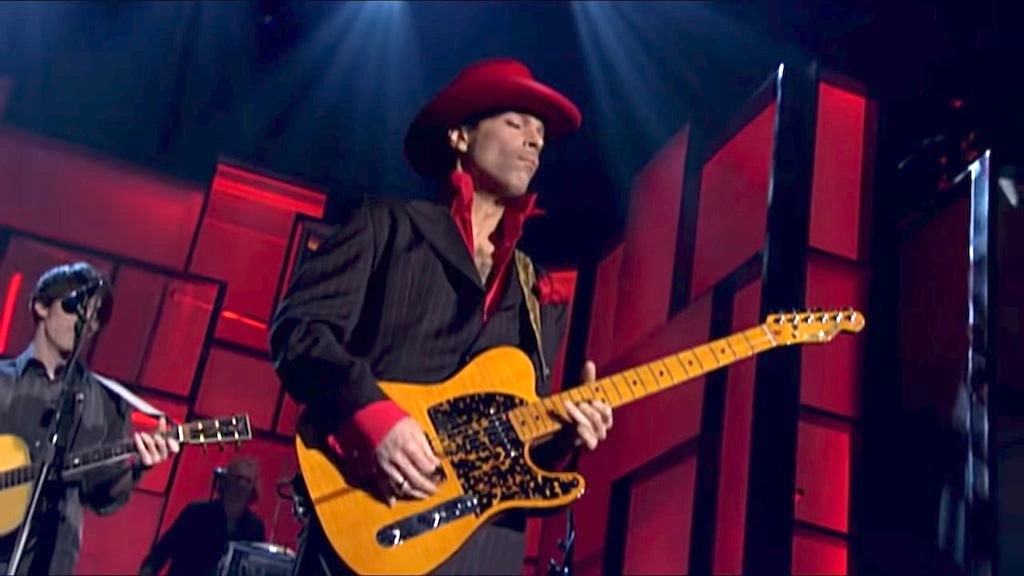 During his induction into the Rock & Roll Hall of Fame in 2004, the tragically late Prince joined fellow musicians Tom Petty, Jeff Lynne of ELO, Dhani Harrison, and others onstage to play a star-studded version of fellow inductee George Harrison‘s iconic song “While My Guitar Gently Weeps”. Petty and Linn handled all the vocals. Towards the end of the song, Prince stepped forward and played a superb guitar solo – one for the history books. Once it was over Prince magically tossed his guitar into the void

Photographer JAGTenthPlanet had originally captured this footage in 2004, but has since re-edited it into a “Director’s Cut”.

17 years after this stunning performance by Prince, I finally had the chance to go in and re-edit it slightly – since there were several shots that were bothering me. I got rid of all the dissolves and made them all cuts, and added lots more close-ups of Prince during his solo. I think it’s better now.

Here’s the original version from 2004.

Here’s the poster showing all the inductees for 2004. 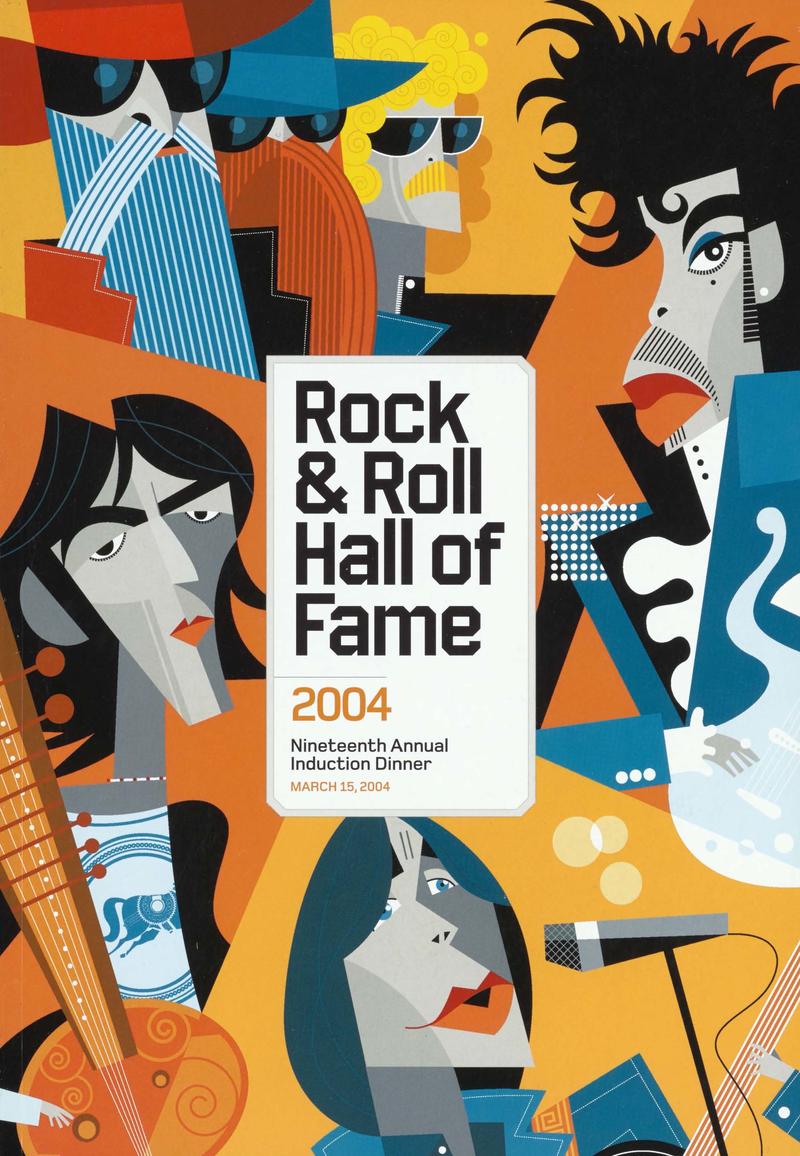