While visiting the new NWAA acoustic test lab built inside an abandoned, unused nuclear plant in Elma, Washington, project engineer Matt Ballos and audio specialist Kevin Peterson of Walters StoryK Design took the opportunity to test out said acoustics. They popped a bright green balloon from the middle of the cooling tower and the sound was incredible.

The lab is built in a nuclear power plant that was abandoned a few weeks before it received its first uranium. In between the acoustic lab parts of the trip they were able to go around and explore the rest of the abandoned facility. This video is in one of the cooling towers. Even though it has an open top it does have a convex curve on the inside bottom of the tower. This shape makes for some awesome acoustics as you hear in the video.

As Peterson and Ballos explored more of the facility, they found another location where a popping balloon sounded really cool.

Here’s a photo of what NWAA Labs looks like from above. 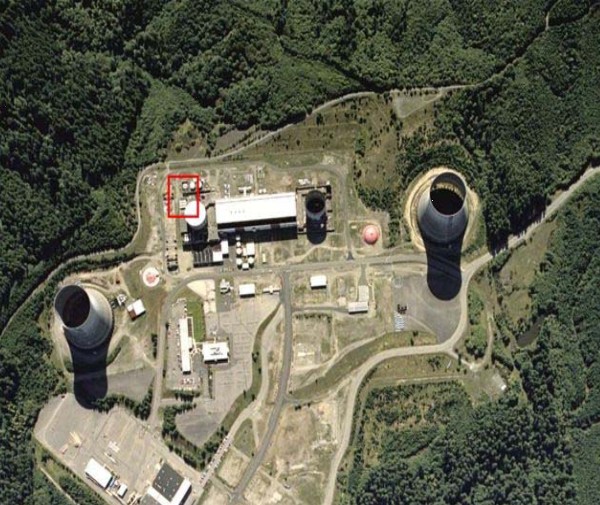