In celebration of the UK launch of Poopycat (previously), the Dutch subscription-based biodegradable litter box service, founder Thomas Vles pedaled himself and his two cats on his modified Bakfiets bicycle the 300 miles from Amsterdam to London.

Inspired by the Popemobile, the custom made ‘Kittymobile’ has been specially converted from a traditional Dutch bakfiets bicycle for the journey to formally launch Poopy Cat in the UK. To keep Mushi and Cheesy entertained while in the Kittymobile, Thomas has included BLOCKS cat playhouse, designed to stimulate mental and physical activity for cats in smaller spaces, such as London and urban living in the UK. And when nature calls, a hygienic, disposable, biodegradable Poopy Cat litter box was also installed. The Poopy Cat ambassadors and founder Thomas will arrived at their London ‘poop-up’ store at Old Street roundabout in London, after following a tour of key attractions across the capital. 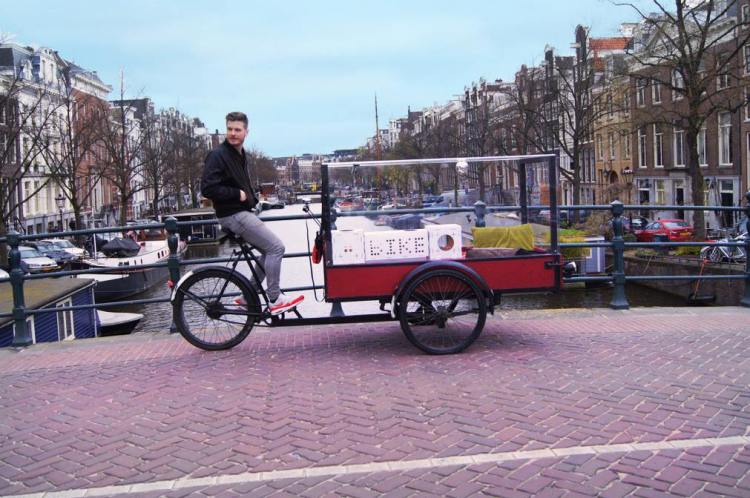 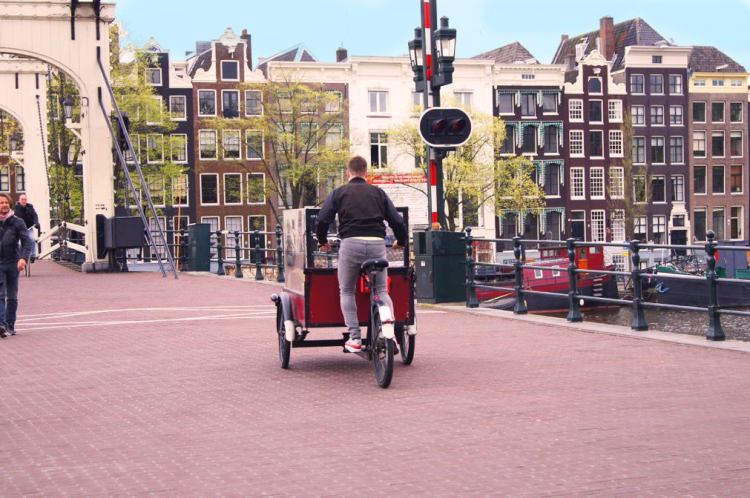 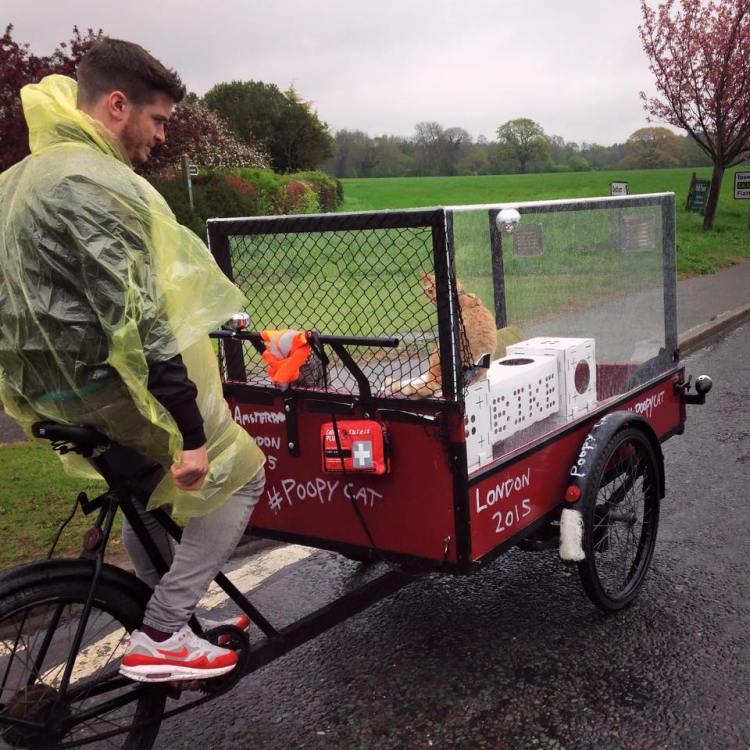 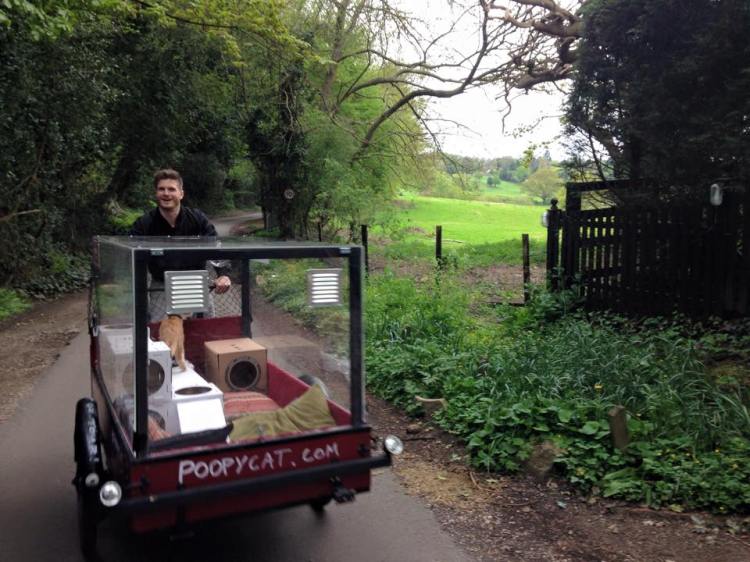 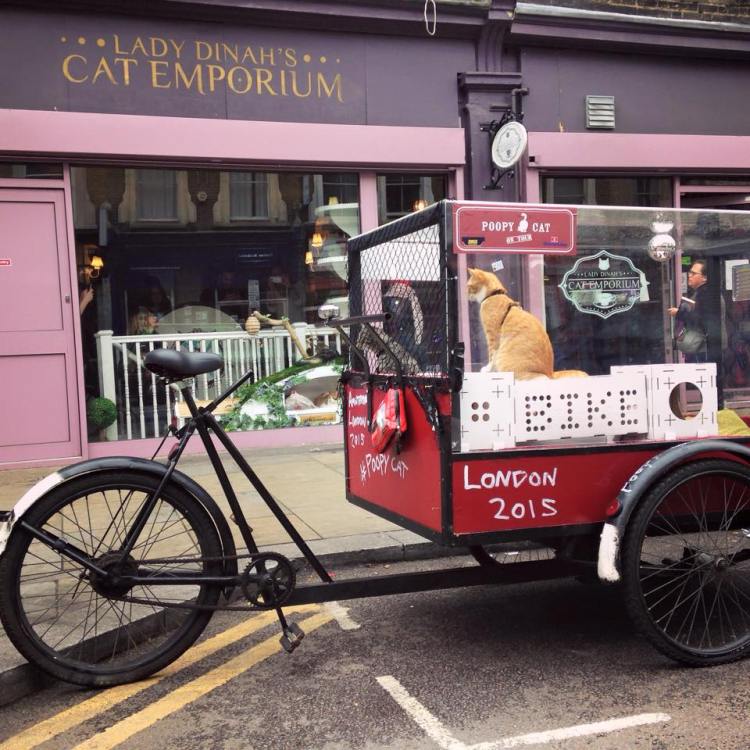