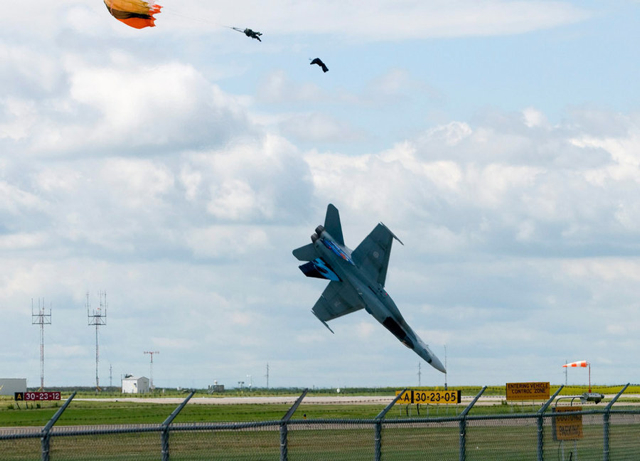 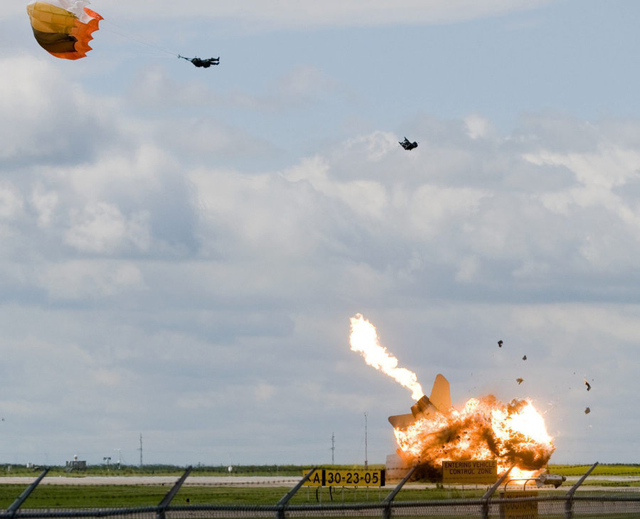 Royal Canadian Air Force pilot Captain Brian Bews was able to eject from a diving CF-18 fighter jet moments before impact during a practice flight at the Lethbridge County Airport in Alberta, Canada. CBC is reporting that he survived with non-life-threatening injuries. Photographer Ian Martens captured some remarkable photos of the crash.

Here’s a video of the crash. Ironically the PA system was playing “Staying Alive” by the Bee Gees when it happened.