Ryan Socash of It’s History takes a wonderful deep dive into the history of the iconic Singer Building, an early skyscraper that graced the New York City skyline from 1898 through 1969.

This architectural marvel stood as the tallest building in the world at the time, surpassing the towering height of Philadelphia’s City Hall, and boasted a unique facade that featured a distinctive combination of Beaux-Art and Second Empire styles. The construction spared no expense and was considered an integral part of Lower Manhattan.

Upon its completion it was the tallest building in the world, surpassing Philadelphia’s city hall which was the previous record holder. The Singer building was one of the worlds most beautiful examples of urban architecture – now it is an example of poor historic preservation.

As the years went on, however, the building fell into disrepair due to changing technology and codes. And despite the fervent efforts of those who wished to give the Singer Building landmark status to save it from demolition, it finally went up for sale. US Steel bought the building and proceeded to demolish it completely, building its place what’s now known as One Liberty Plaza.

In 1965, the New York City Landmarks Preservation Commission was created and their goal was to save and preserve many of the notable buildings in New York City that were being demolished. The Singer Building was one of the most iconic buildings in the city at one point but despite that, it was not given landmark status. This meant that the commission could not protect it from demolition. 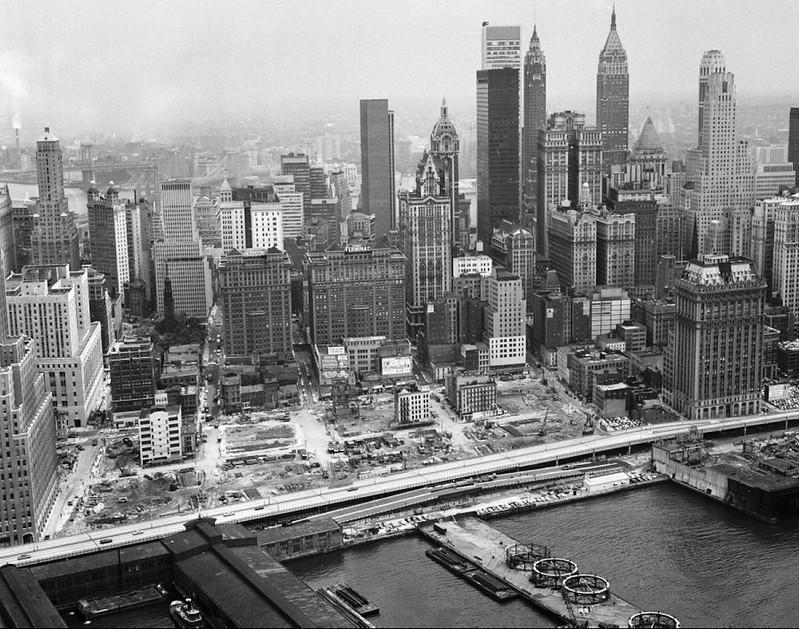