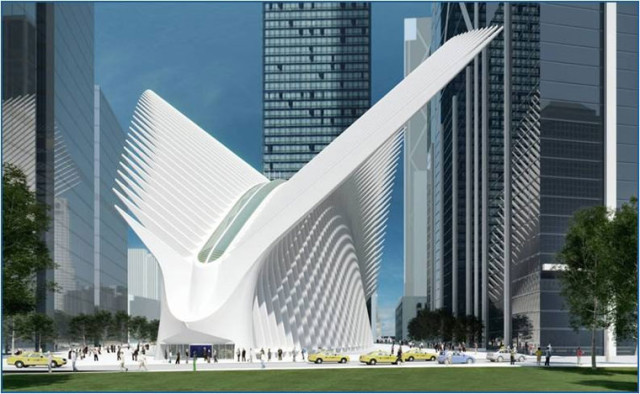 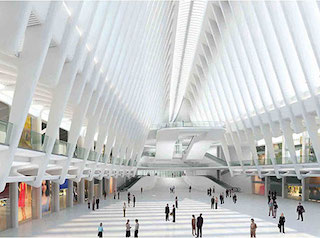 The tragic events of September 11, 2001 have taken an enormous toll on so many people across the country and around the world. New Yorkers are reminded everyday of the tragedy when they look south and don’t see the Twin Towers that so definitively graced the Manhattan skyline. Even 13 years later, one can’t help but look for them. Slowly, however, the World Trade Center is being rebuilt, a piece at a time. One World Trade Center is now the tallest building in the United States. The new WTC Transportation Hub is also being built with a stunning modern design to serve an incredible number of visitors. The showpiece of the hub will be the Oculus, which will serve as the hub’s main concourse containing multi-level retail and restaurants.

The state-of-the-art World Trade Center Transportation Hub, when completed in 2015, will serve over 200,000 daily commuters and millions of annual visitors from around the world. At approximately 800,000 square feet, the Hub, designed by internationally acclaimed architect Santiago Calatrava, will be the third largest transportation center in New York City, rivaling Grand Central Station in size. In a joint venture with the Westfield Group, the Port Authority of New York and New Jersey will develop, lease and operate a major retail space at the WTC site, including in the Transit Hub.

The Transit Hub at #WTC is coming nicely. It looks like it could be a giant nest for H.R. Giger’s Xenomorph aliens. pic.twitter.com/ShLknDgNtY 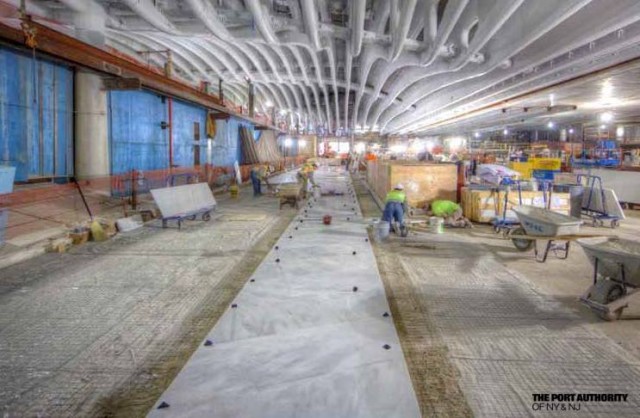 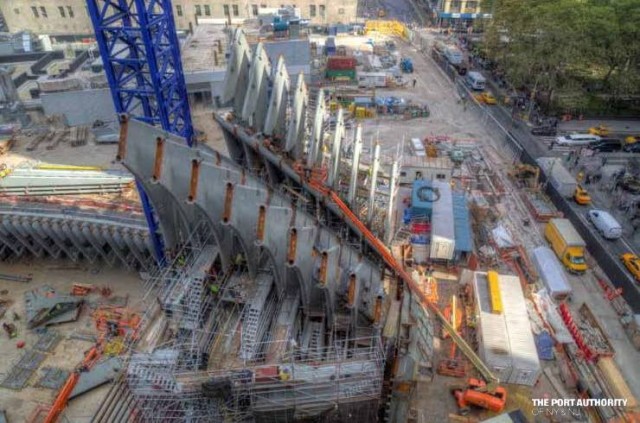 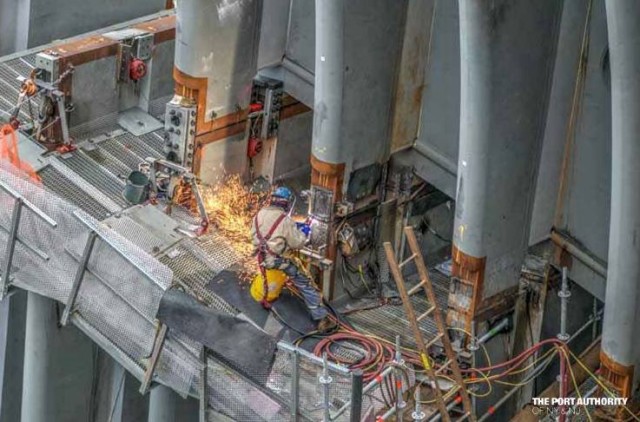 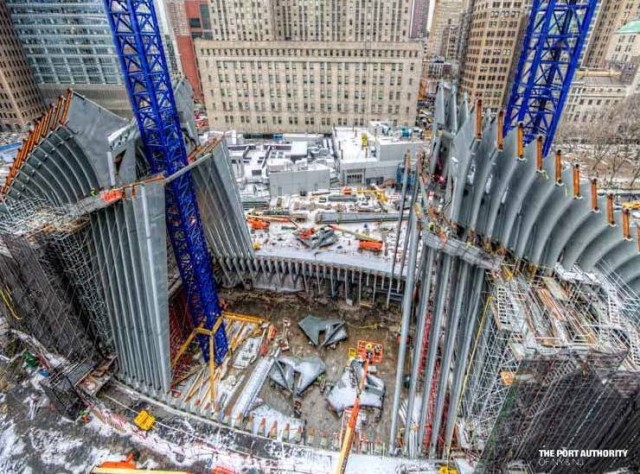 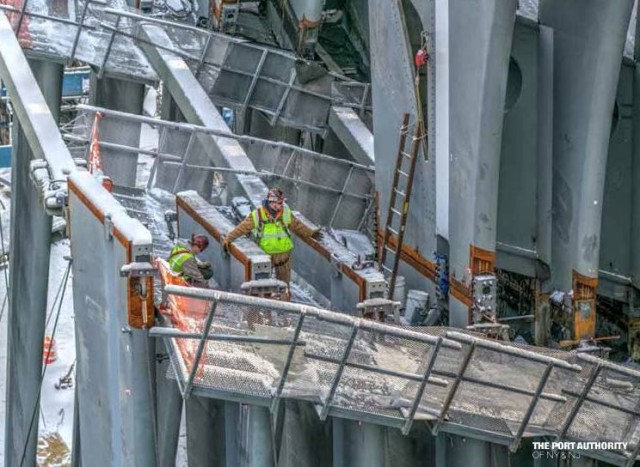 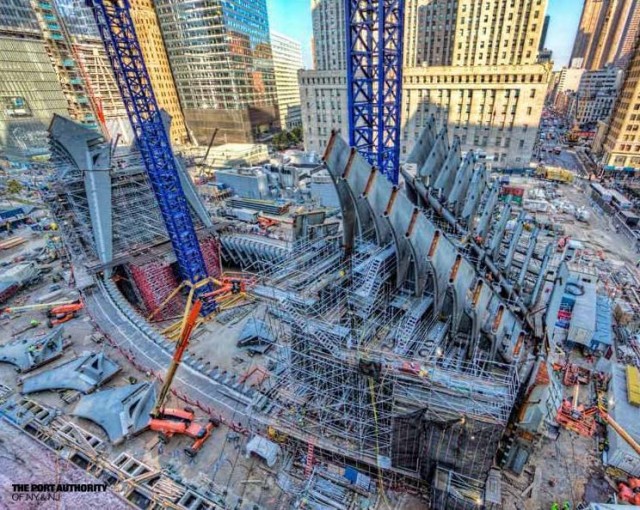 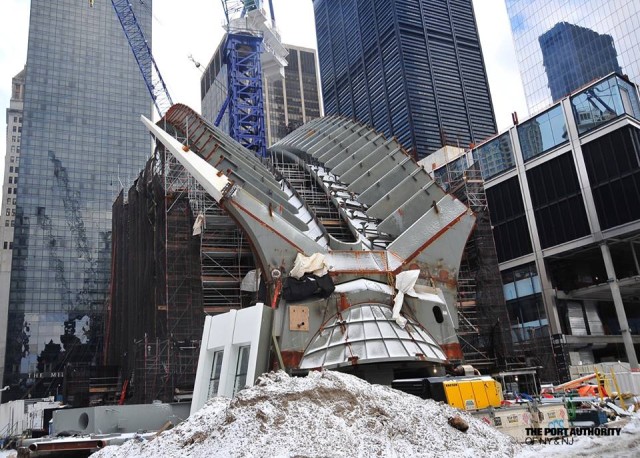