FOX released an official trailer at WonderCon for their upcoming Animation Domination High-Def (ADHD) TV series, Axe Cop. The trailer confirms actor Nick Offerman as the voice of Axe Cop while unleashing tons of dinosaurs and zombies. Axe Cop, which we previously wrote about, starts on Saturday, July 27, 2013 from 11 PM – 12:30 AM.

Axe Cop is about the adventures of a police officer who prefers to wield an axe in battle. He’s a gruff, tough man dedicated to killing bad guys. The comic focuses on the times he’s called away from the daily grind to help with more complex problems, such as rescuing a child from a zombie dog woman, helping Bat Warthog Man find his friends, or babysitting. This generally involves fighting bad guys from other planets. Axe Cop has gathered a loyal team. His first ally is Flute Cop, who goes on to become Dinosaur Soldier and various other things. 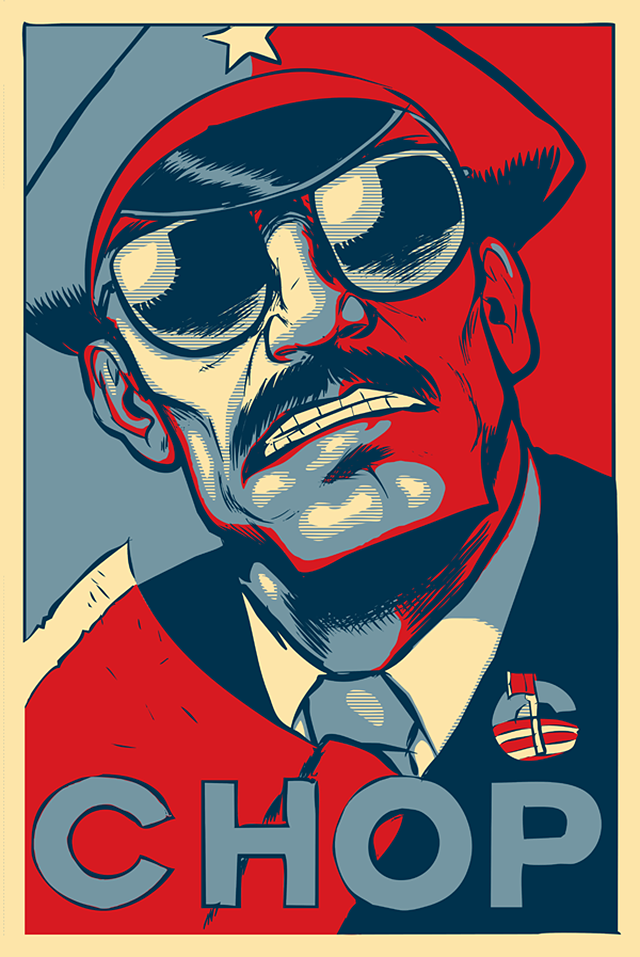 “The Audacity of CHOP” – illustrated by Ethan Nicolle, colored by Josh Kenfield