A group calling itself the The Department of Reckless Abandon (DoRA) has launched a “Nesting Twitter”, a Kickstarter project, to help fund the creation Russian-style Matroyshka dolls made in the images of the Twitter founders. DoRA is comprised of Yiying Lu, the artist behind the formerly omnipresent Twitter “Fail Whale”, Nick Bilton, a New York Times columnist and author of Hatching Twitter and Thor Muller, author and co-founder of Get Satisfaction. The group first met at the Yes by Yes Yes conference in July 2013.

Nesting Twitter is a collectible set of hand-crafted, wooden Matroyshka Dolls that encapsulates Twitter’s founding and evolution through its founders and CEOs, each one nested inside the others. Designed by Yiying Lu, the artist behind Twitter’s celebrated Fail Whale, the set includes an outermost doll that represents the Twitter community, in a modernist re-interpretation of the classic Russian nesting doll.

This set is a celebration of how Twitter has impacted the world through the collective involvement of its users, and the blood, sweat and tears of the team behind it. Nesting Twitter is ultimately a tribute to teams of creators everywhere who do the hard work of bringing world-changing ideas into existence. 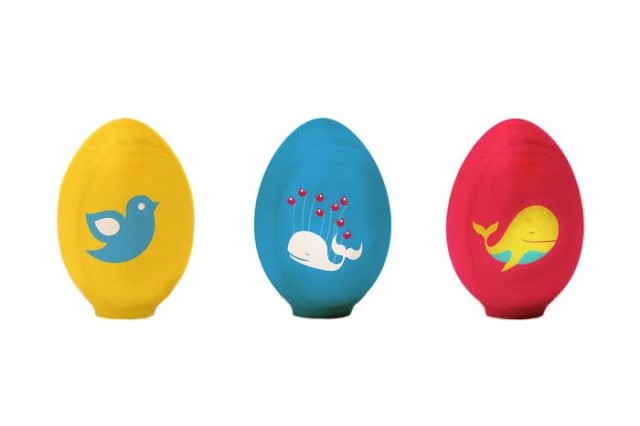 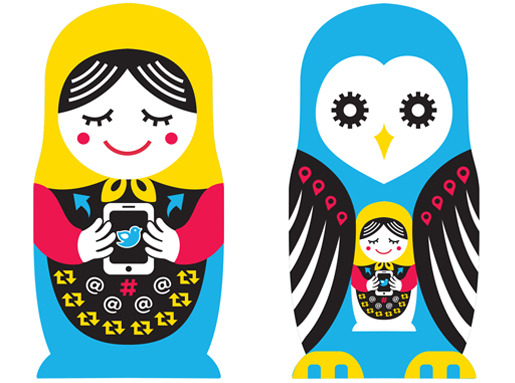