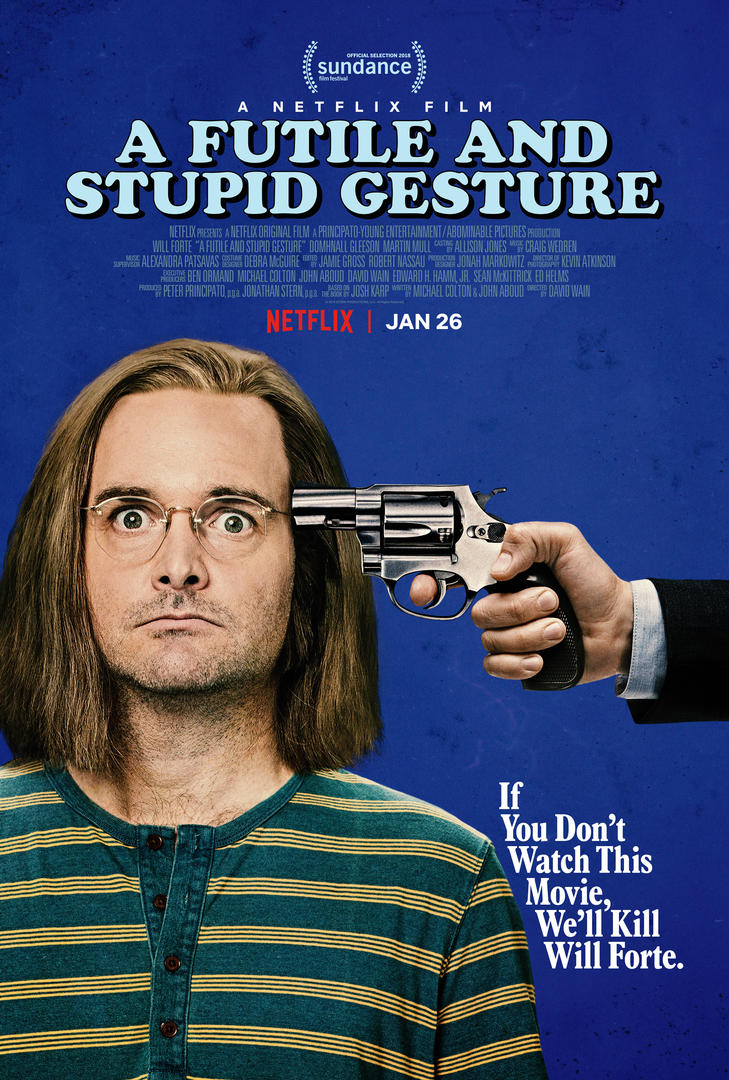 The Netflix film A Futile and Stupid Gesture based upon the biographical book of the same name, tells the story of the legendary National Lampoon, specifically how this fledgling spinoff magazine with its unique perspective on the world became the voice of a generation. Narrated in flashback style, seemingly by an aging Doug Kenney (Martin Mull) or perhaps his forthright ghost, the film reflects on the absurdist humor that pushed up against societal norms in print and then later in movies. Will Forte plays the younger Doug Kenney, a brown haired, bespectacled Domhnall Gleeson plays Henry Beard, Jackie Tohn plays Gilda Radner and in an ironic twist, Joel McHale of Community portrays Chevy Chase.

A Futile and Stupid Gesture is the story of comedy wunderkind Doug Kenney, who co-created the National Lampoon, Caddyshack, and Animal House. Kenney was at the center of the 70’s comedy counter-culture which gave birth to Saturday Night Live and a whole generation’s way of looking at the world.