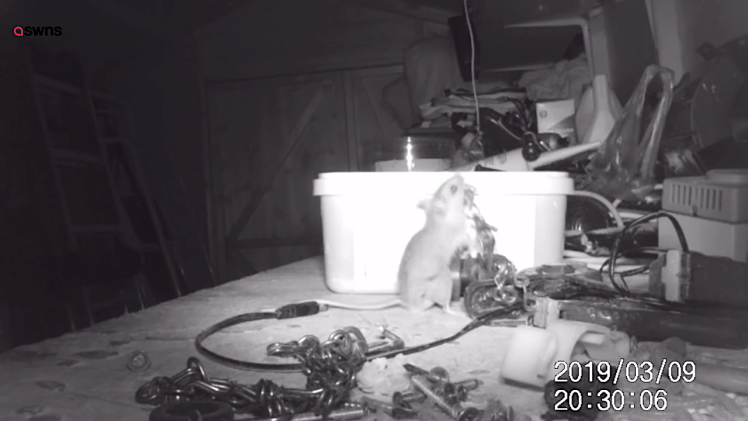 Retired electrician Stephen McKears of Gloucestershire, England was puzzled to find the small metal items in his tool shed had been oddly yet neatly arranged with no clues left to explain how they got that way. After a few weeks of this puzzling mystery, McKears and a neighbor decided to first make a mess and then put in a security camera to get eyes inside overnight. The resulting footage revealed an industrious mouse who felt the need to tidy up while staying safe and warm.

The retired electrician noticed plastic clips appearing in an old ice cream tub filled with peanuts which he keeps to feed the birds before more objects began to accumulate. Questioning his sanity, Stephen emptied the tub each night, scattering the nuts and bolts across his shed, only to discover the mess had been cleaned by the morning. After weeks of finding large screws, plastic leads, nuts, and bolts neatly filed away, the pair decided to set up a trail camera to uncover the mystery guest.