Data Is Beautiful (previously), a Ph.D. student and self-described data geek who enjoys making visualizations as a hobby, created a colorfully animated timeline video that plots the most popular television series worldwide (“with significant bias towards US markets through 2002”) from 1986 through 2019. The information about each show, gathered by various sources, moves seamlessly throughout the graph as it gained and lost popularity with audiences.

Timeline history of the most viewed TV series from 1986 to 2019. Ranking is based on the following factors: prime-time first 24 hours audience reports, one week of reported statistics for downloaded copies (pirated), one week of streaming services viewership. 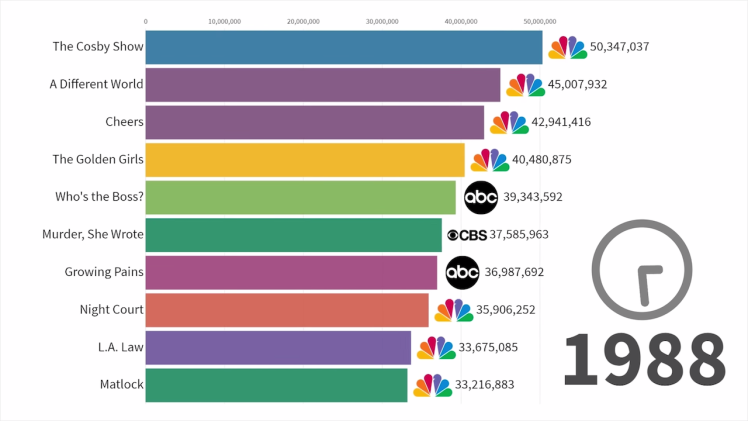 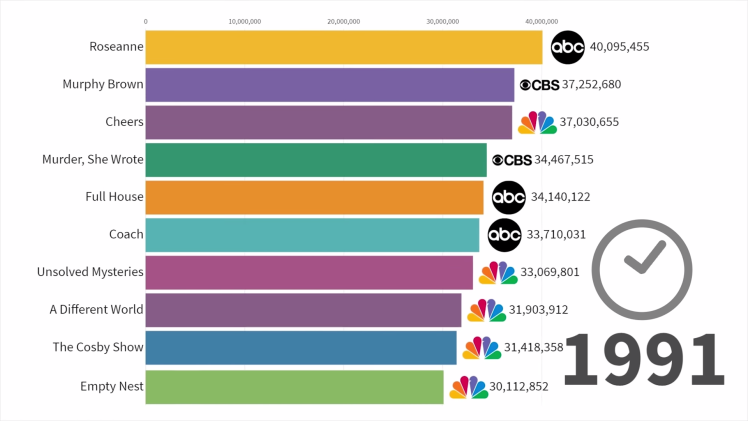 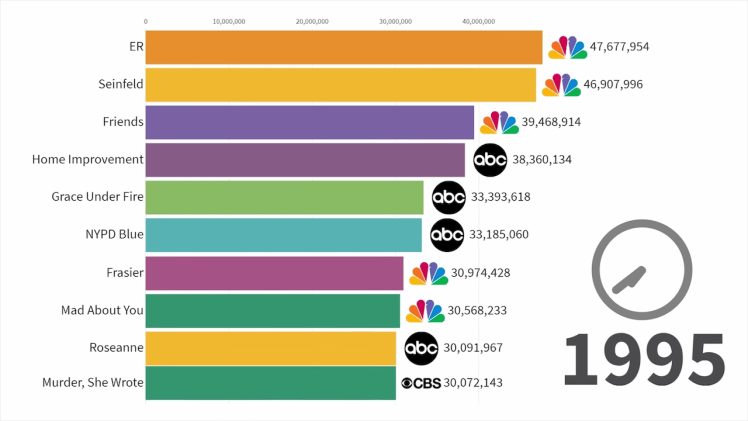 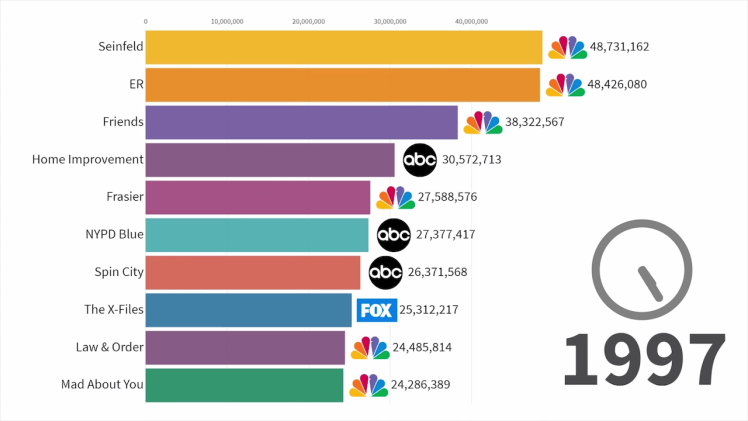 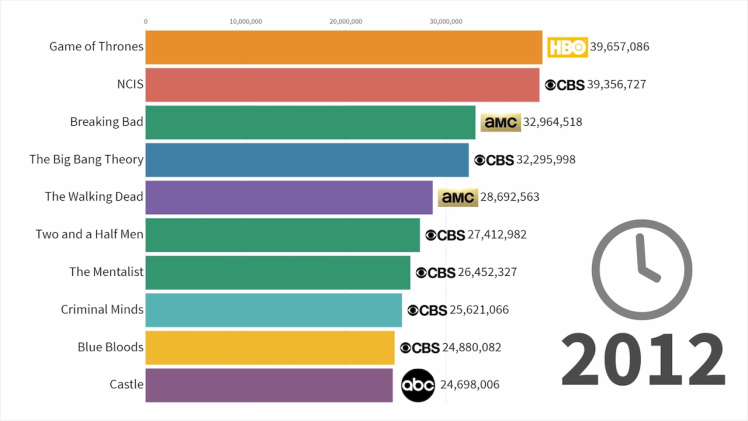 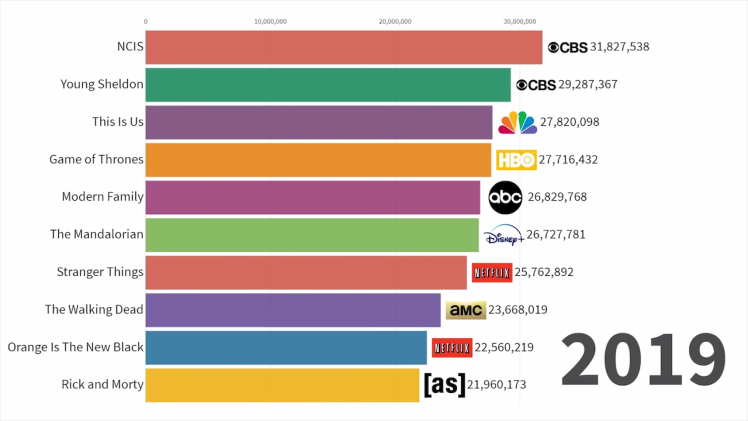