Italian ice cream fanatic Dmitri Panciera broke his own record with Guinness World Records when he placed a remarkable 125 scoops onto a single cone and then balanced it for ten seconds. This record was set live during a television special about setting records.

Dimitri Panciera (Italy) looks to reclaim his title for the most ice cream scoops balanced on a cone in front of a studio audience on ‘Lo Show dei Record’. ..The rules for this challenge state that the cone has to have a diameter no greater than 9.5 cm (3.74 in) and that once all the scoops are balanced, they must remain on the cone without falling for a minimum of 10 seconds. 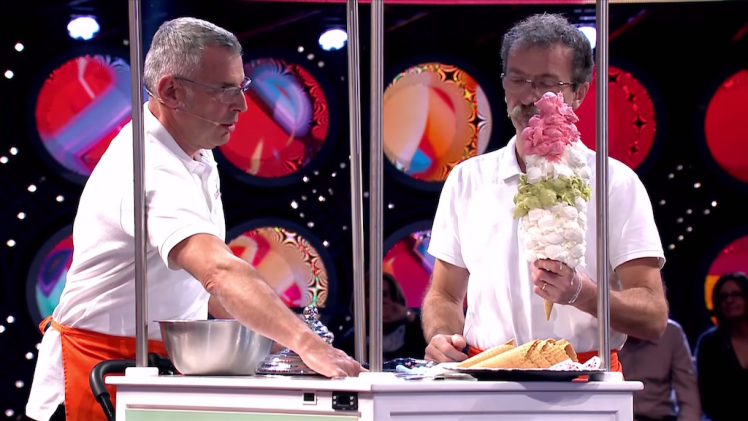 Panciera previously set the record at 121 scoops and before that 109 scoops.

Carefully piling an incredible 121 balls of the frozen dessert onto one cone, he successfully topped his own record of 109 scoops.