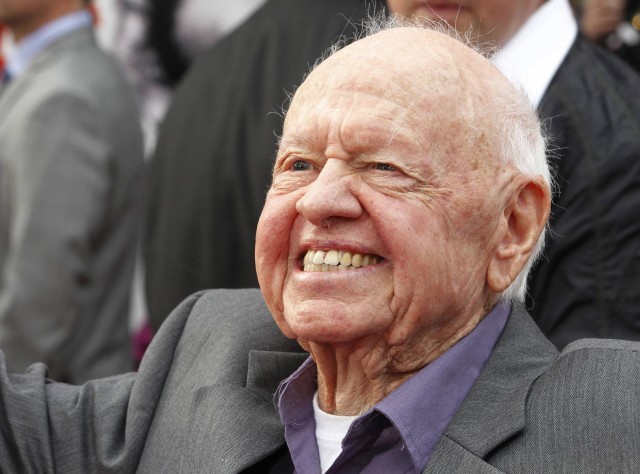 Mickey Rooney, the legendary pint-sized star of television, stage and screen, died on Sunday, April 6, 2014 at his home in Westlake Village, California at the age of 93.

Acting, singing and dancing since the age of six, Mickey Rooney, born Joseph Yule, Jr., played a great many defining roles throughout the twentieth century with such co-stars as Judy Garland (Girl Crazy), Audrey Hepburn (Breakfast At Tiffany’s) and Elizabeth Taylor (National Velvet). While his career dragged during the 1950s and 1960s, in the end he made over 200 films, was nominated for four Academy Awards and won an Emmy Award for his portrayal of a developmentally disabled man in the 1981 television movie Bill. In 2001, Mickey testified in Congress against elder abuse, having suffered at the hands of his ex-wife and former stepson.

Rest in Peace Mickey. You deserve it.