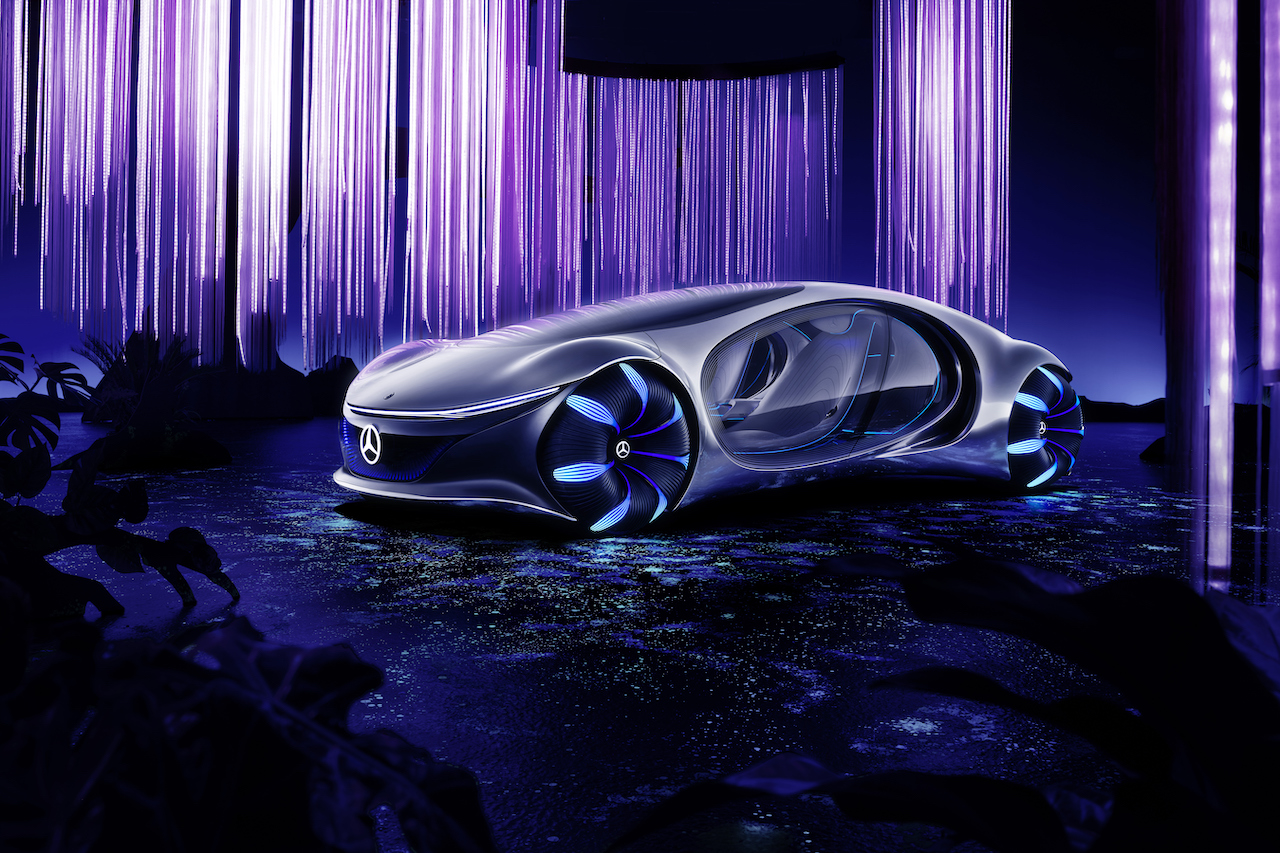 During CES, German car manufactureer Mercedes-Benz unveiled the VISION AVTR, an incredibly futuristic concept car inspired by the creatures from the James Cameron film series Avatar. The car has no steering wheel and is completely controlled through biometrics.

The Mercedes-Benz VISION AVTR inspired by the Avatar sequels is the result of a holistic design concept revolving around the intuitive driving experience. …The name of the groundbreaking concept vehicle stands not only for the close collaboration in developing the show car together with the AVATAR team but also for ADVANCED VEHICLE TRANSFORMATION. This concept vehicle embodies the vision of Mercedes-Benz designers, engineers and trend researchers for mobility in the distant future.

The car is being marketed as having an “inside out” design, accessories made from sustainable materials, real-time 3D graphics and an organic battery made from recycled, compostable materials “completely clean of rare earth and metals”. The rear of the vehicle sports unique reptilian “bionic flaps” that communicate with the driver.

They can communicate with the driver and through the driver with their outside world by means of naturally flowing movements in subtle gestures. Due to the possibility to drive the front and rear axles in the same or opposite direction, the VISION AVTR can move sideways by approximately 30 degrees, in contrast to conventional vehicles. The so-called “crab movement” gives the concept vehicle an animal-like appearance also for its motions. 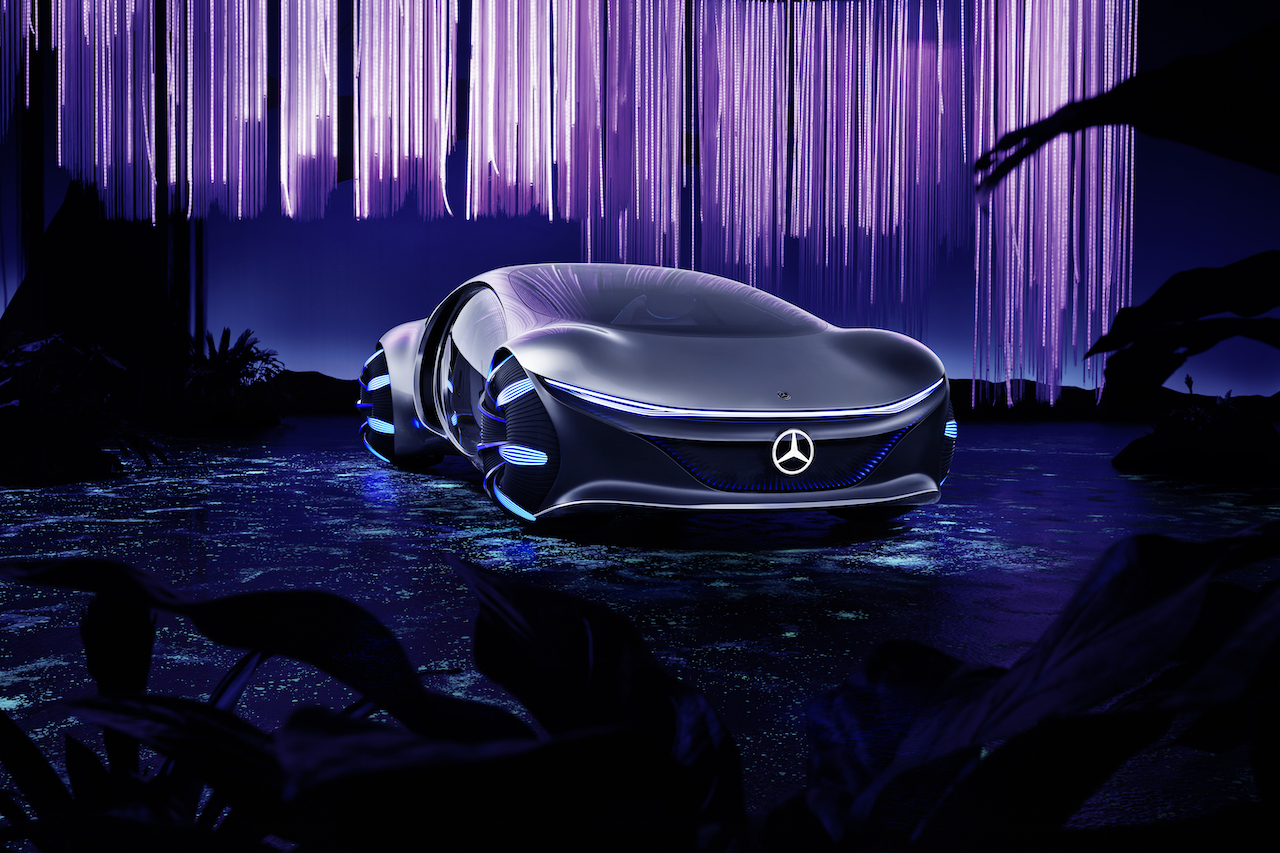 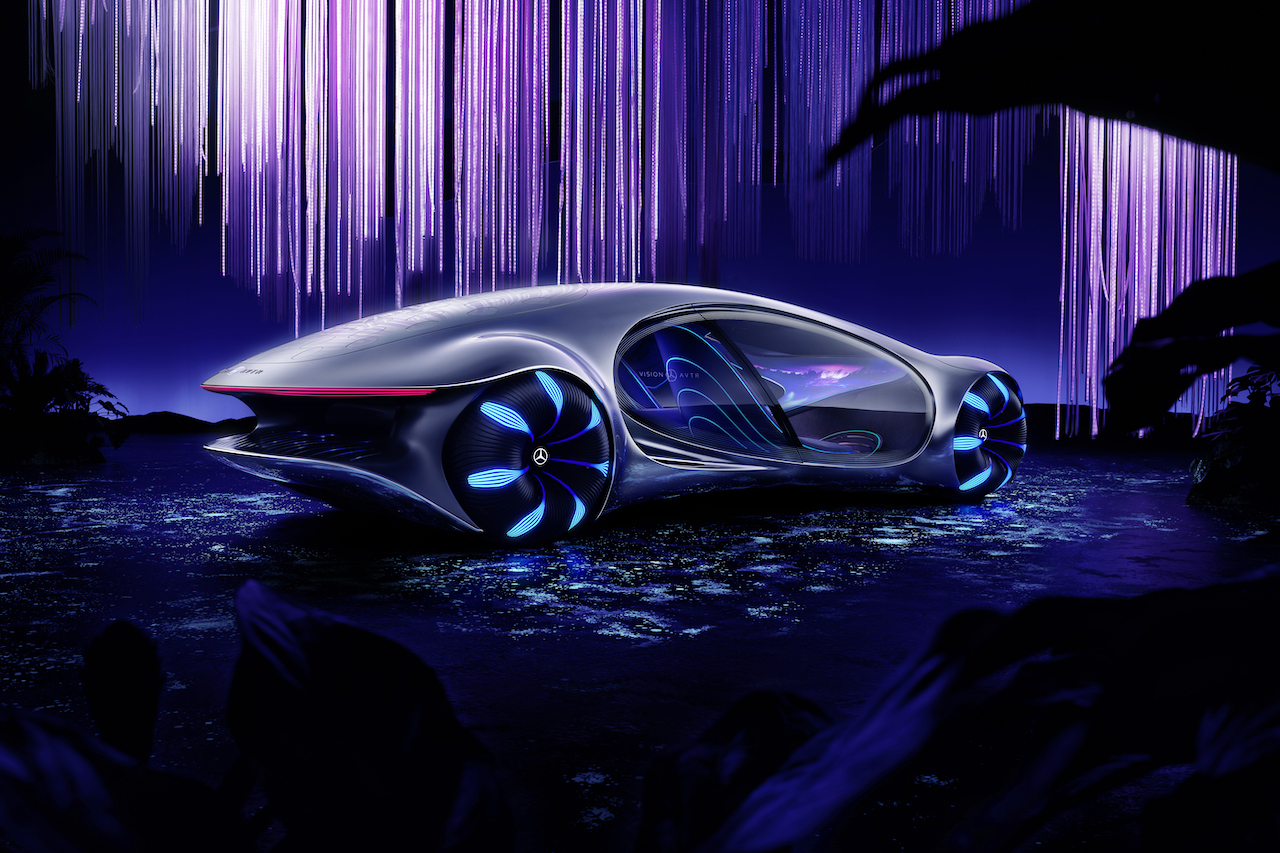 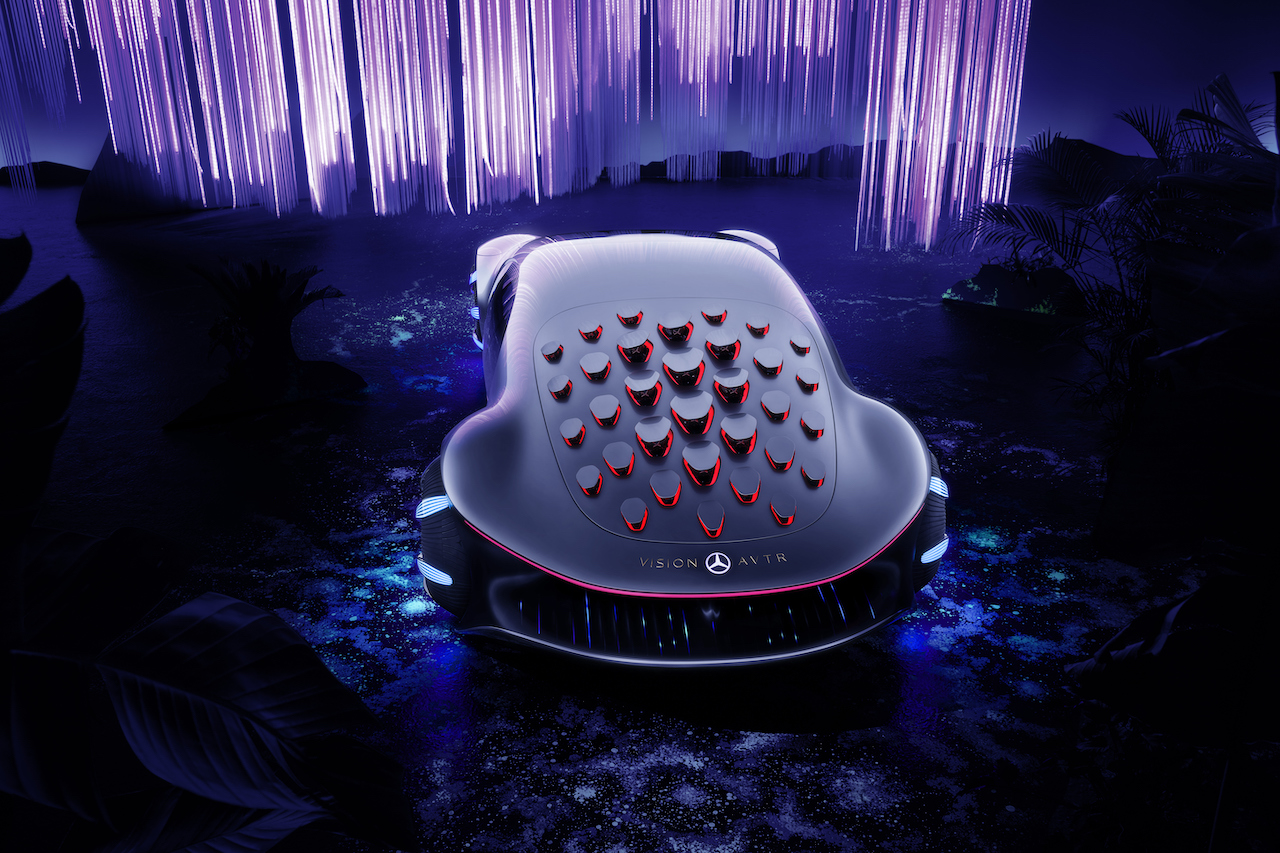 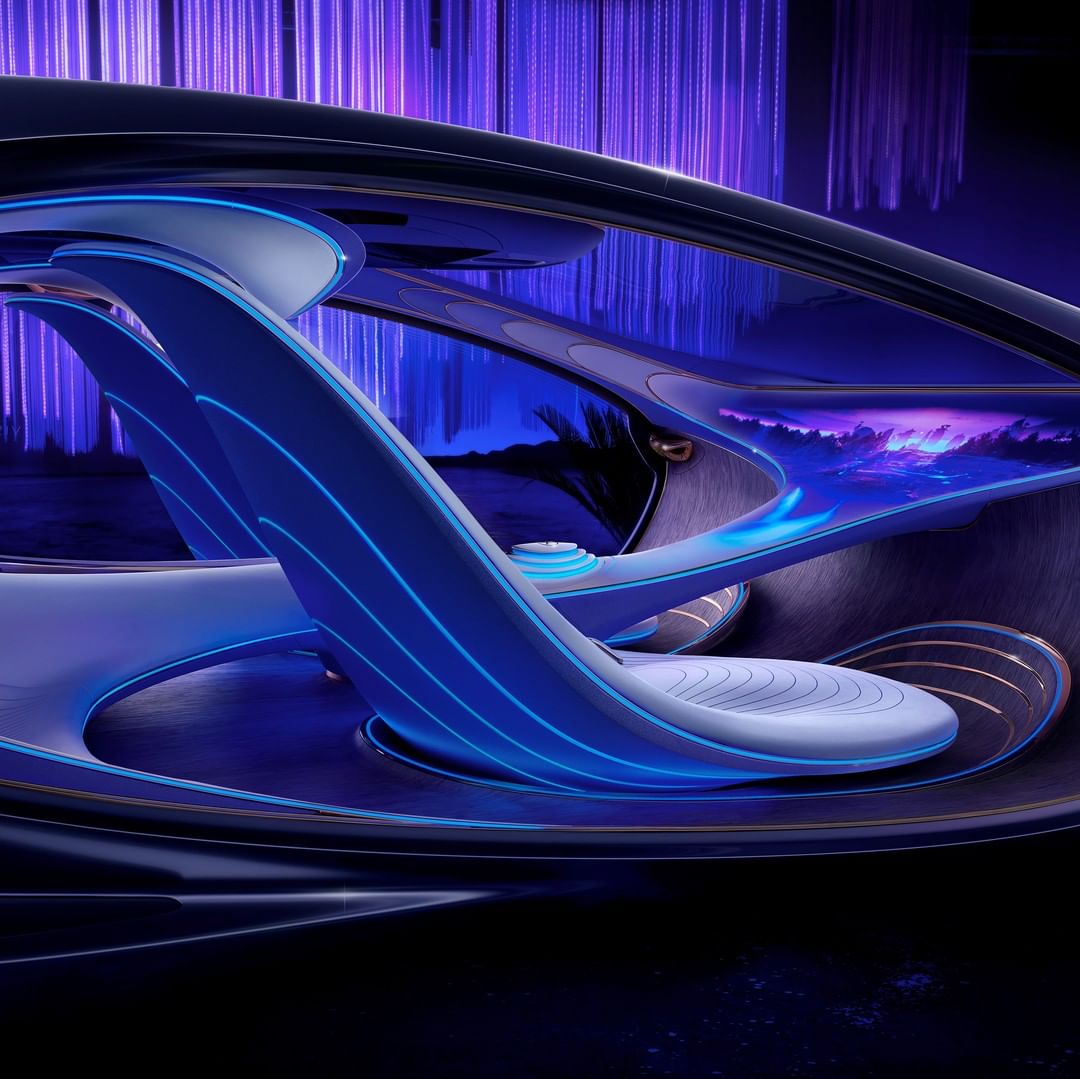 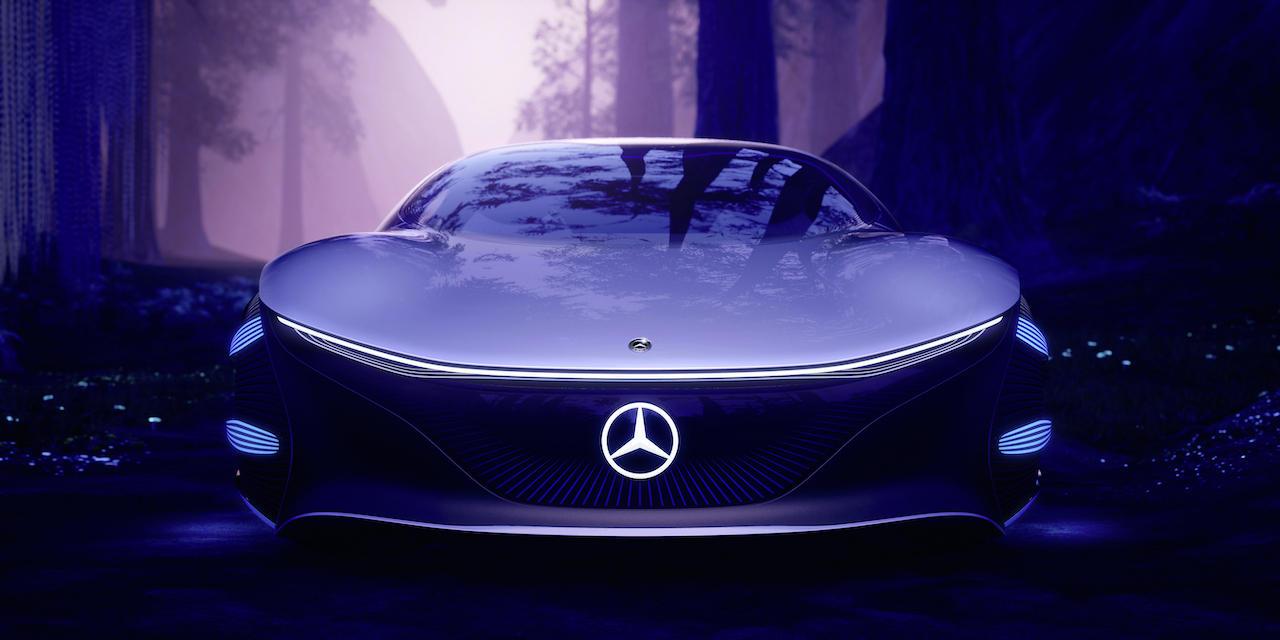 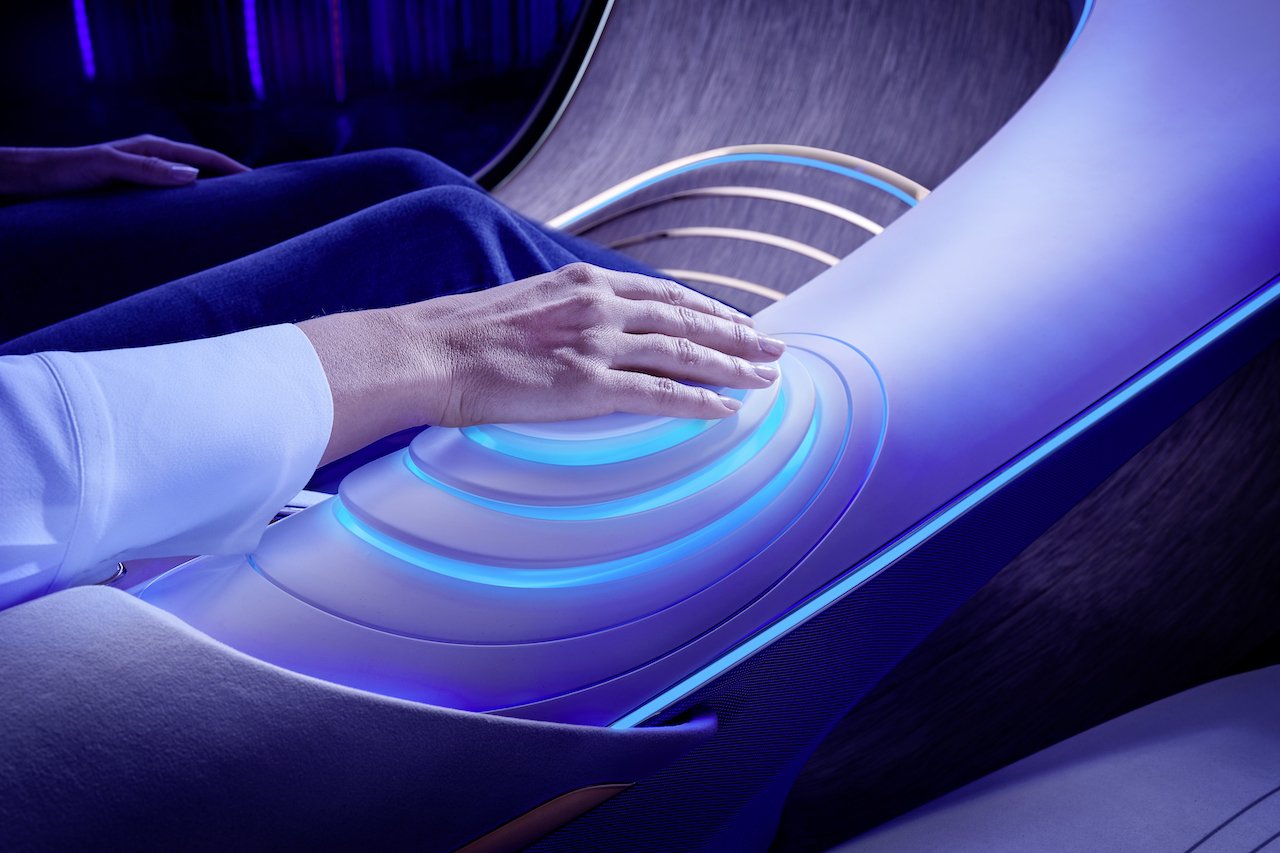 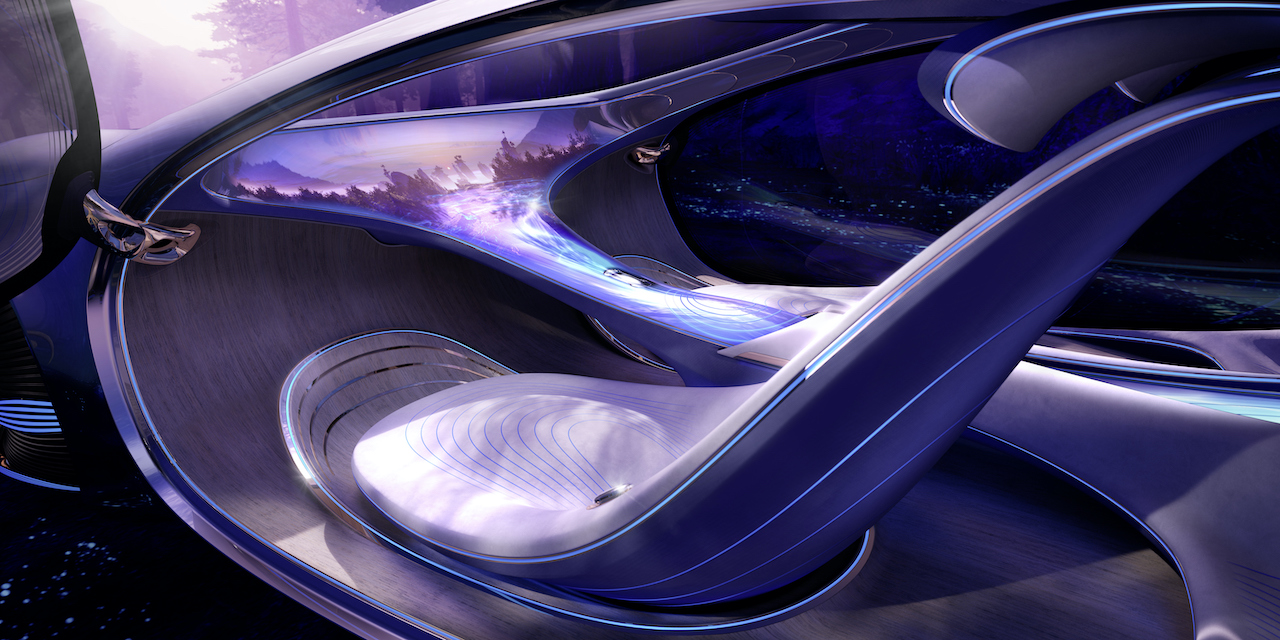 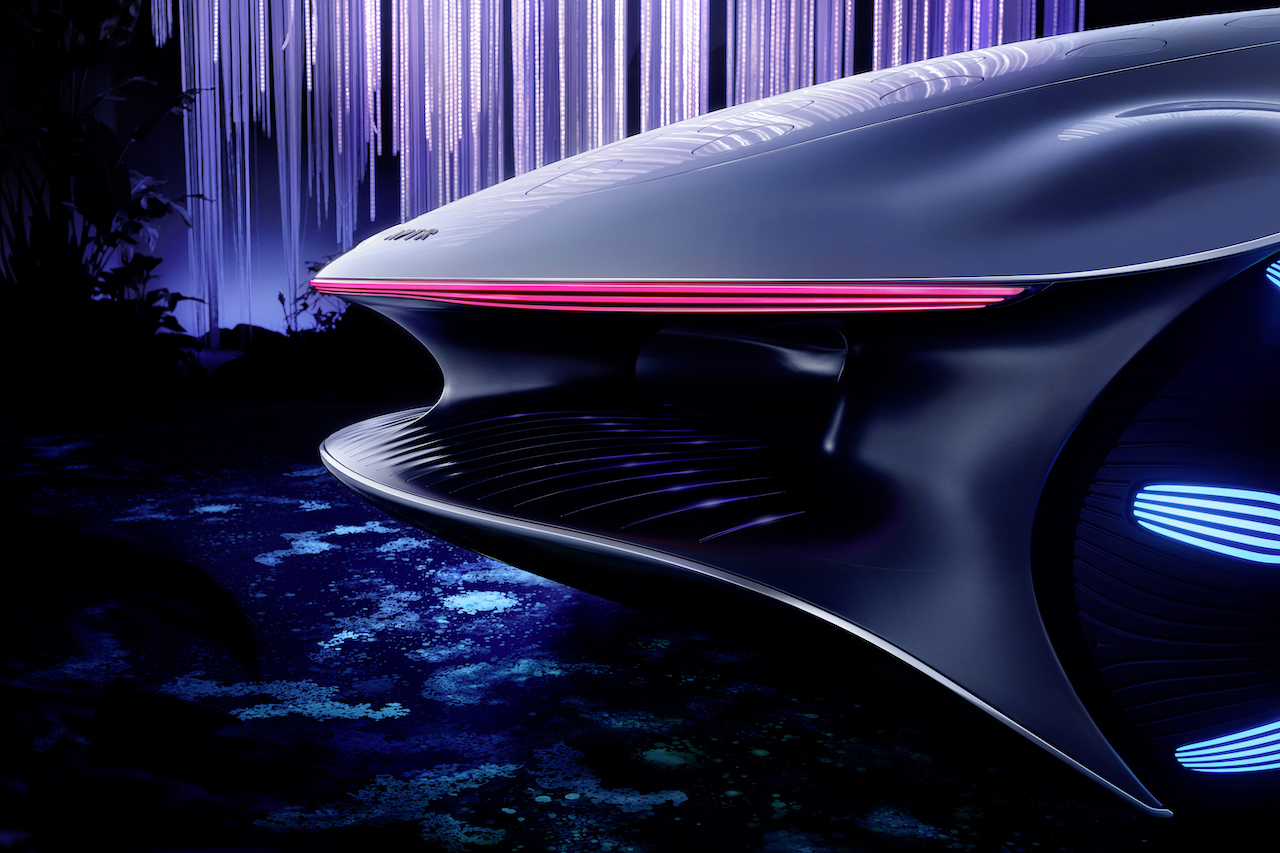 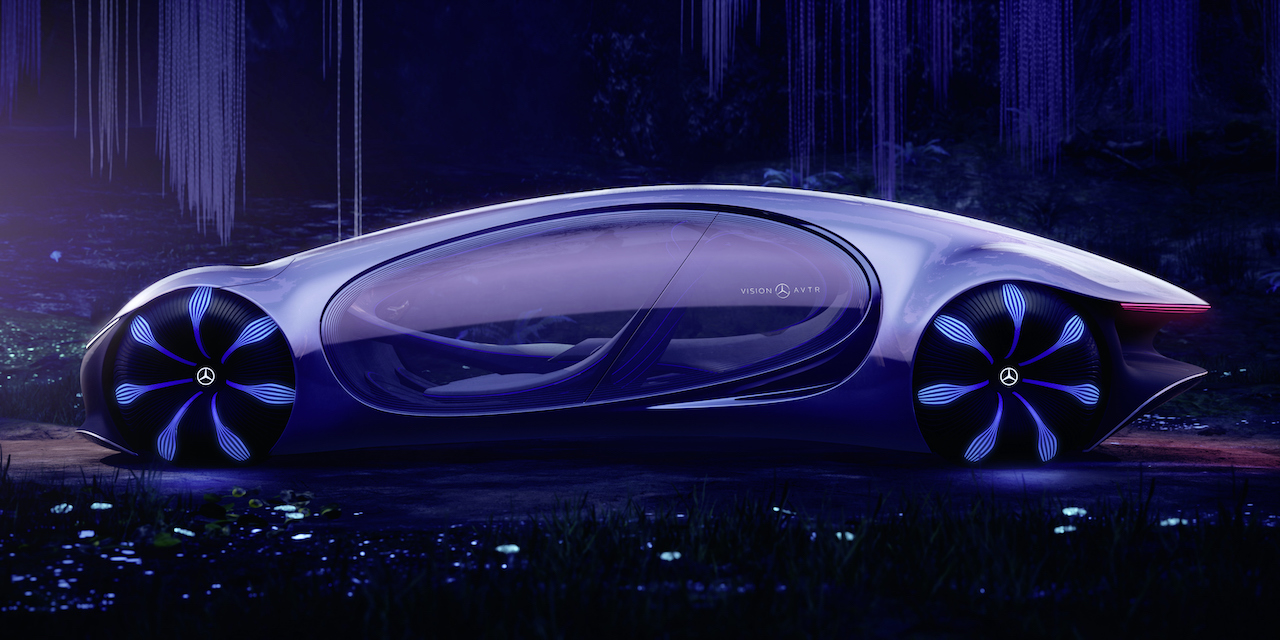 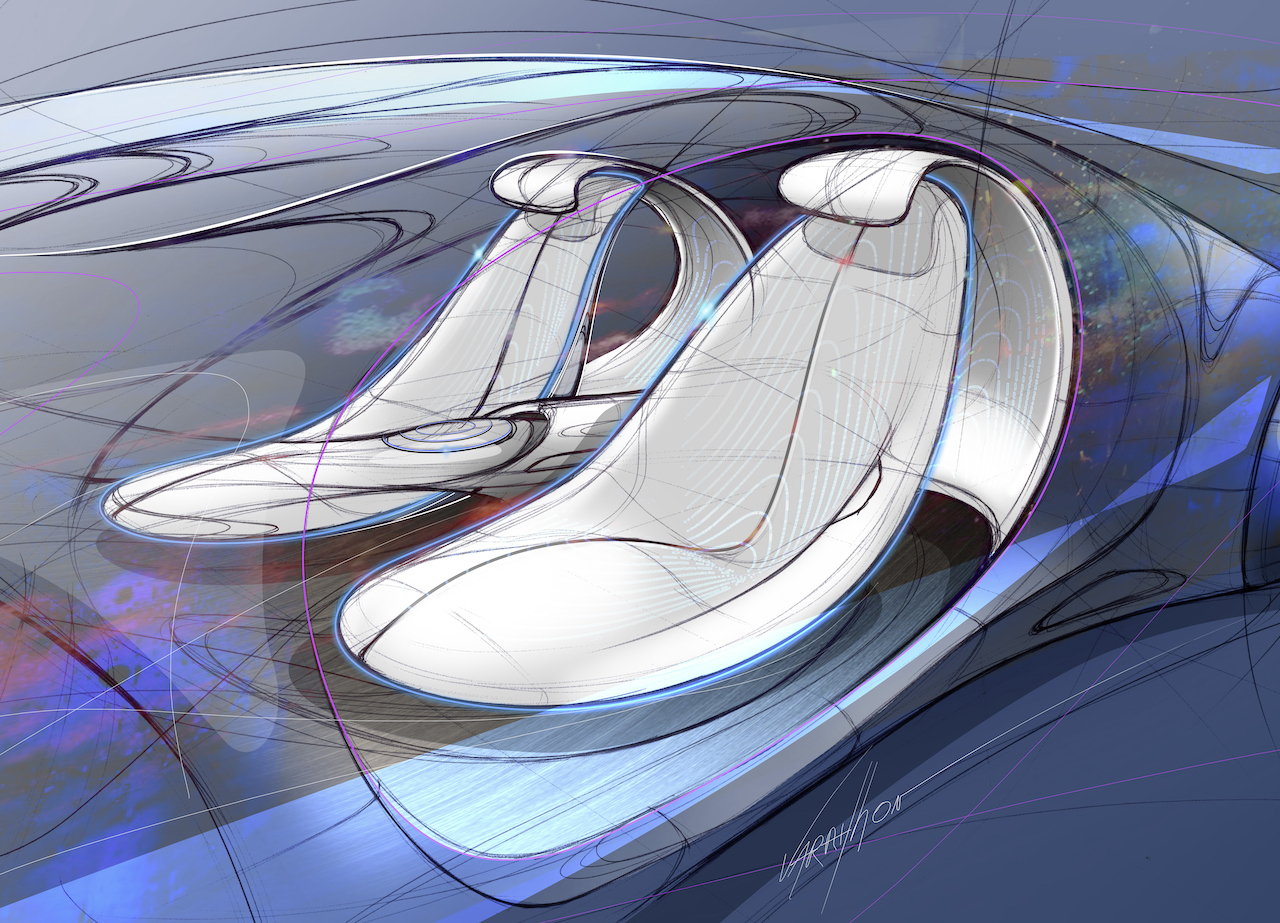 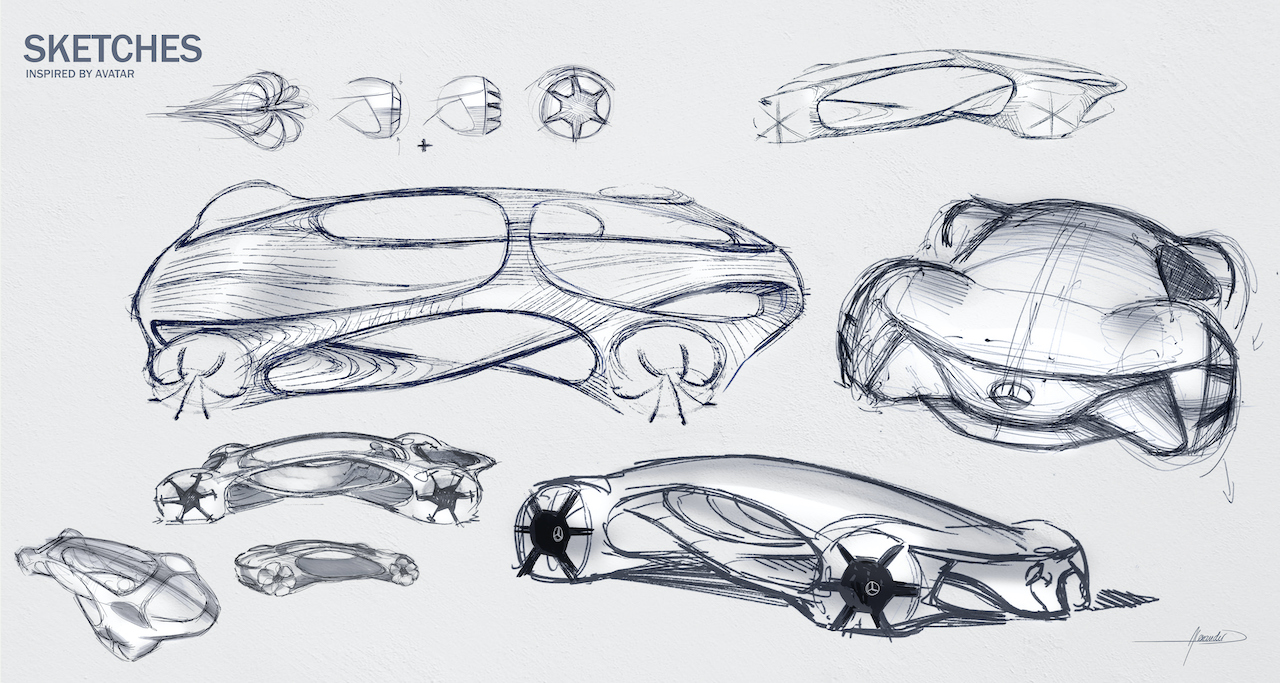