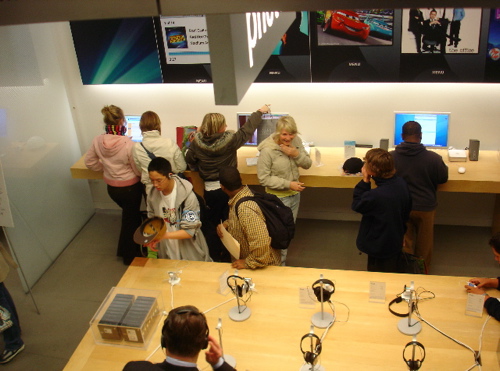 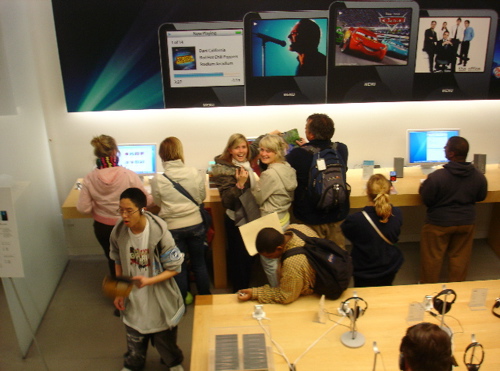 We just received this report and photos of a massive First Goatse that was deployed yesterday at the San Francisco Apple Store during Macworld 2007. First Goatse is project where people are shown the infamous Goatse image and then their reactions are photographed. This is the first known instance of a First Goatse of this magnitude.

For more info, see my previous write-up on First Goatse.

Here’s the report from the person who witnessed this spectacle unfold:

So, I was at MacWorld today and decided to stop at the Apple store on my way out. I was wandering around, minding my own business and checking out the expo crowd. Suddenly, on about half of the visible monitors in the store, all of the open windows flew back (exposÃ© “Show Desktop” style) to show a certain disgusting-but-famous-web-image. It appears that someone somehow managed to “first goatse” most of the people in the Apple store. 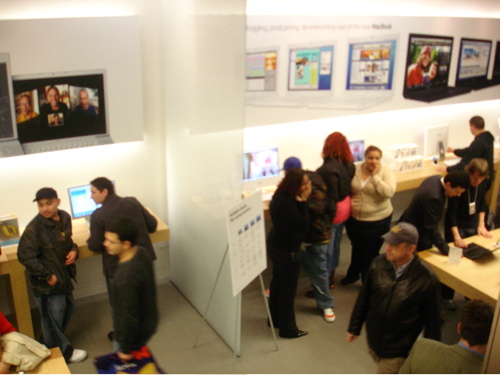 In reference to the above photo:

This one’s pretty blurry, but you can get a good sense of these ladies’ reactions. You can also see the guy off to the right side who’s turned the monitor around so the image isn’t showing, and the Apple Store employee trying to figure out what happened to the laptop on the right. 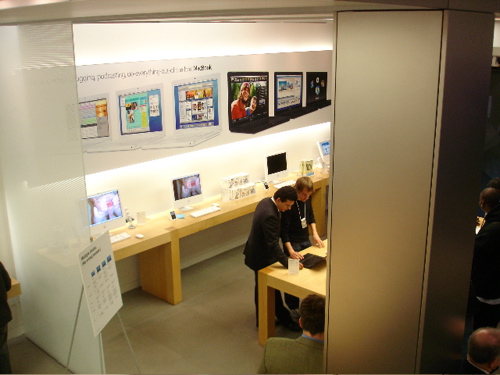 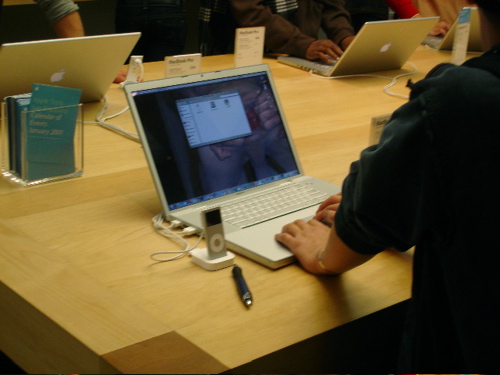 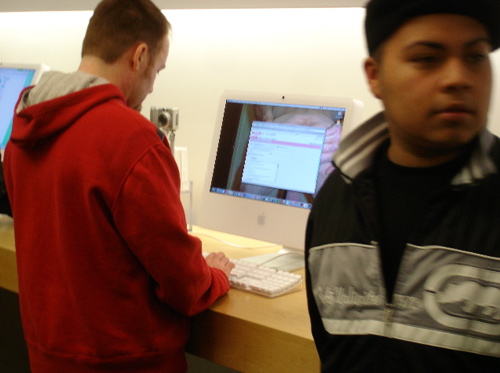