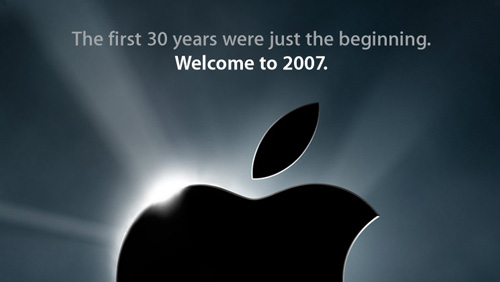 The Apple universe will be converging in San Francisco next week as Macworld 2007 kicks off on Monday, January 8th at The Moscone Center. I’ll be stopping by throughout the week, so maybe I’ll see you there.

Here’s a Macworld San Francisco 2007 Rumor Roundup from MacRumors. The biggest rumor is the possible announcement of a new Apple Phone (aka iPhone). Kevin Rose talked about some of the details on a recent episode of Diggnation.

UPDATE – Here are a few photos that I shot at Macworld 2007.