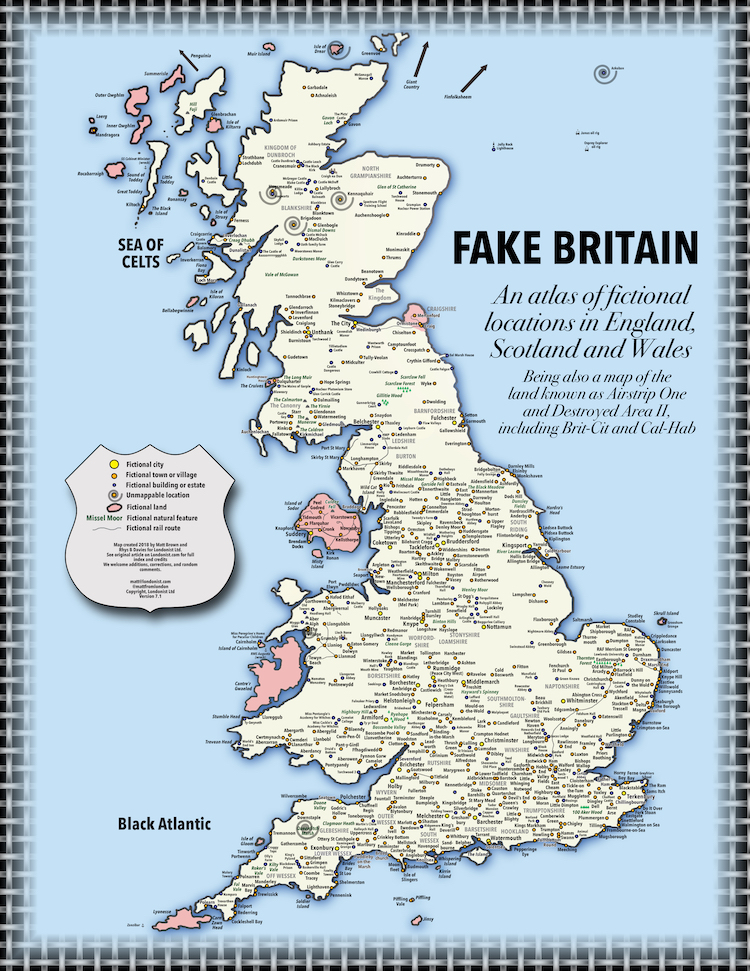 Londonist Editor-at-Large Matt Brown, with the help of many friends, has created “Fake Britain”, a map of England, Scotland and Wales that plots over 720 names of fictional cities, towns and villages used in films, books, poems and television series. Prints of the map are available through More T Vicar.

Take a look around this alternative nation and see how many places you recognise. From Judge Dredd to Vanity Fair, it’s all here. The vast majority of entries are well defined geographically. Some — such as Beanotown and Blackadder’s Dunny on the Wold — are a little more nebulous, but we’ve added them for fun. Hogwarts is an unmappable location (unless it’s a Marauder’s Map you’re looking at), but we’ve had a go anyway.

My map of fictional locations is now up to 720 places, drawn from TV, film, books, comics and more. Anything to add or correct? https://t.co/IgrkflSzfo 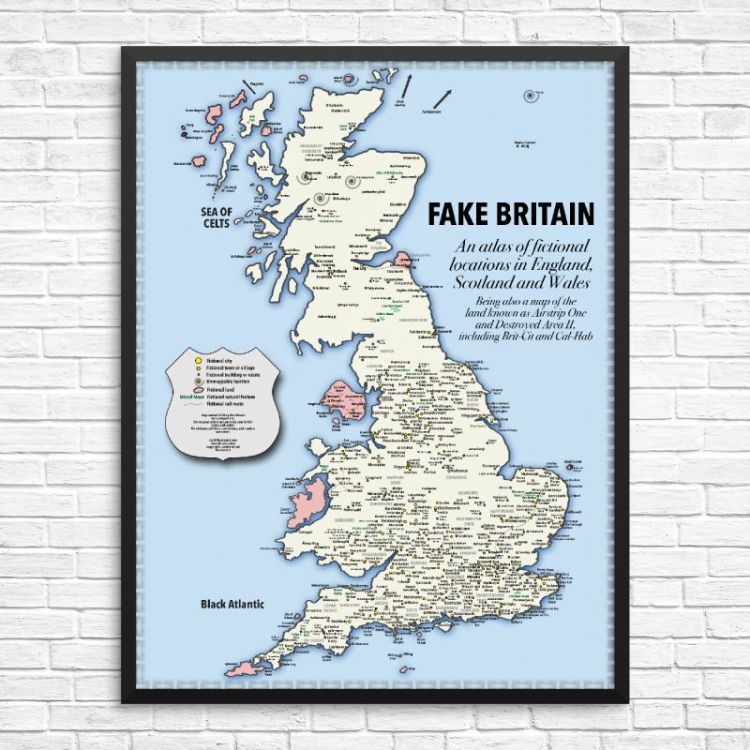 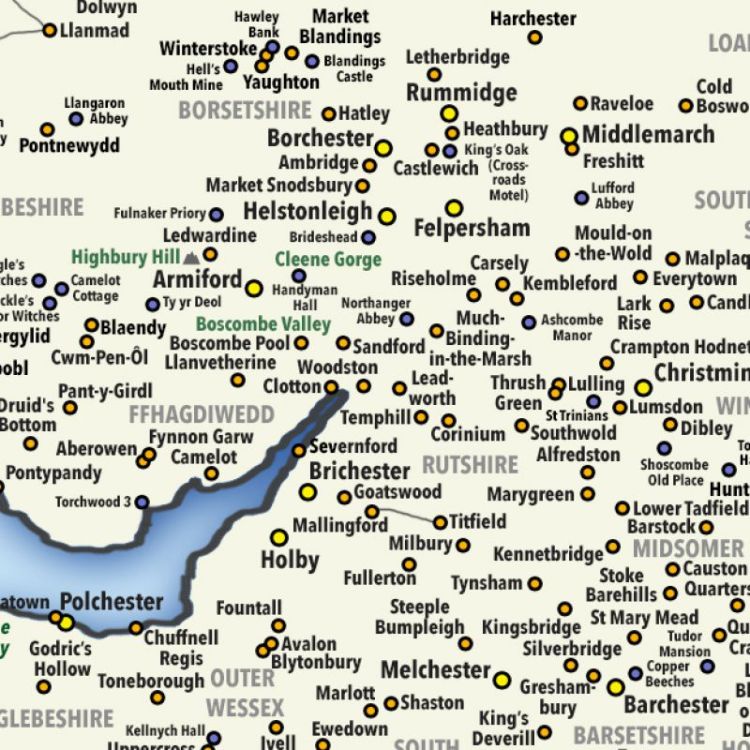