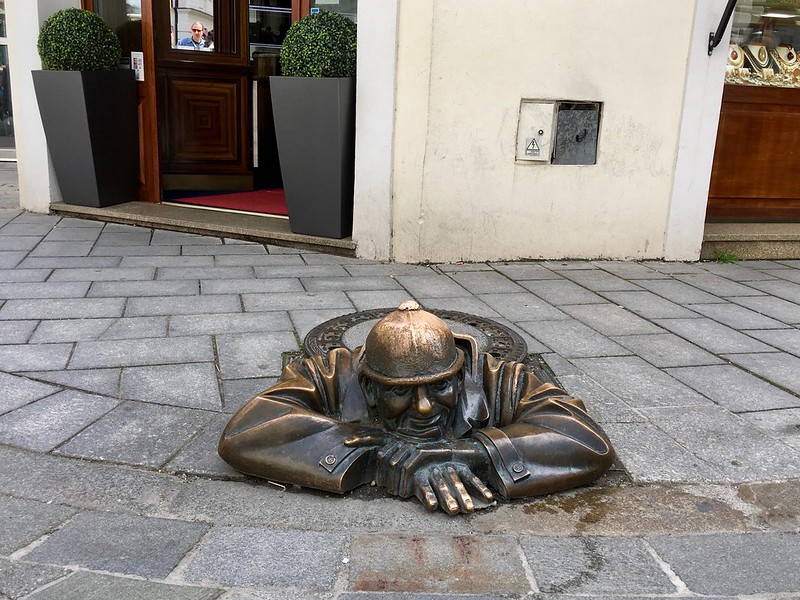 Back in May 2016 while visiting Vienna, Scott and I took the Twin City Liner down the Danube to Bratislava, Slovakia. While exploring the city we came across a wonderful bronze sculpture of a man in a hard hat resting his head on his arms while poking out of a manhole cover at our feet. The man’s name is Cumil (Watcher) and was created by talented Slovak sculptor Viktor Hulík. Unfortunately, Cumil lost his head a couple of times to traffic, so strategically placed “Man at Work” sign was placed over him. Since his installation, people have been asking the age old question, what exactly is Cumil doing? According to the folks at The Biveros Effect, no one really knows.

As for Cumil, there are a couple of theories about his name. Maybe his trying to get a look under the ladies’ skirts or perhaps he’s a typical communist-era worker who works little and watches a lot? Or maybe he’s resting after a hard day’s work cleaning the sewer. Either way, this sympathetic man seems to enjoy his surroundings. 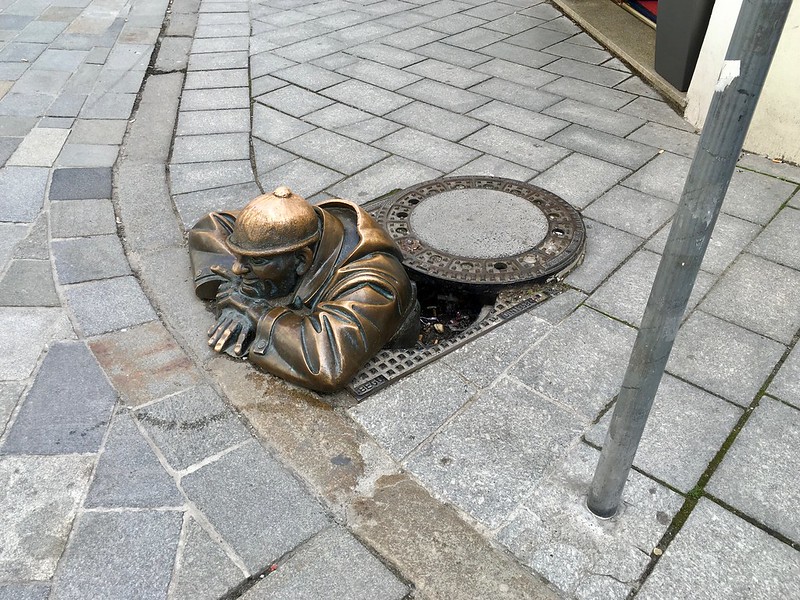 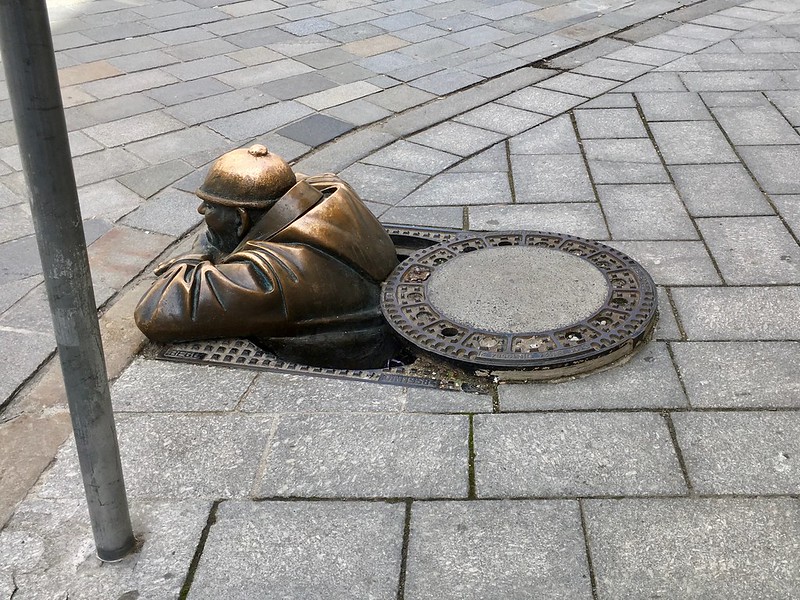 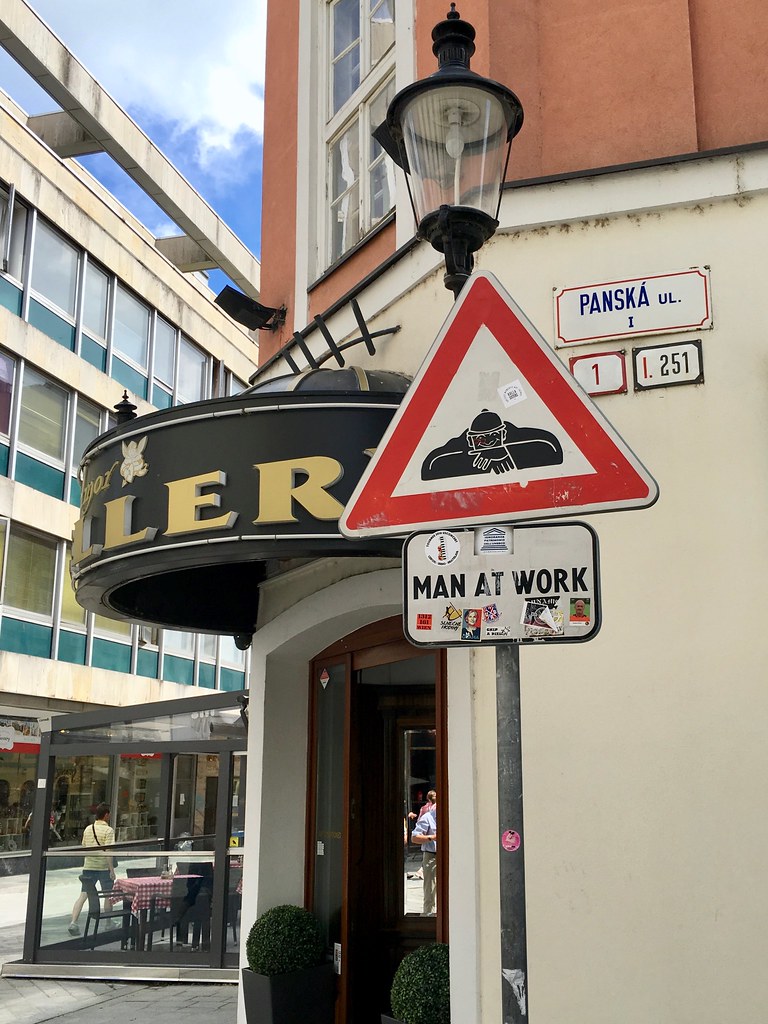