A man named Tom who lives in Pot House Hamlet in South Yorkshire, UK, adopted an adorable 5-week old pygmy goat whom he named Benjamin. Benjamin’s mother was unable to care for him after giving birth to twins, so Tom stepped in to hand-rear the little guy, bottle-feeding him every four hours. In turn, Benjamin follows Tom wherever he goes, entertaining all who cross their path, particularly the customers who come to Tom’s shop.

Everybody loves him. He’s got plenty of character. He’s a bit of a showoff. He likes nibbling people’s shoelaces; he nibbles at all sorts really but the customers, they love him here, he’s got a real pleasant character.

The arrangement, however is temporary, as Tom plans on letting Benjamin out into the countryside once he is old enough.

In about 2-months time, I will be letting him out into the field as he starts more to become a bigger boy, so yeah, it will be sad to see him go, but he’ll be going in to the countryside here on the estate, having a nice life out there with the other goats. 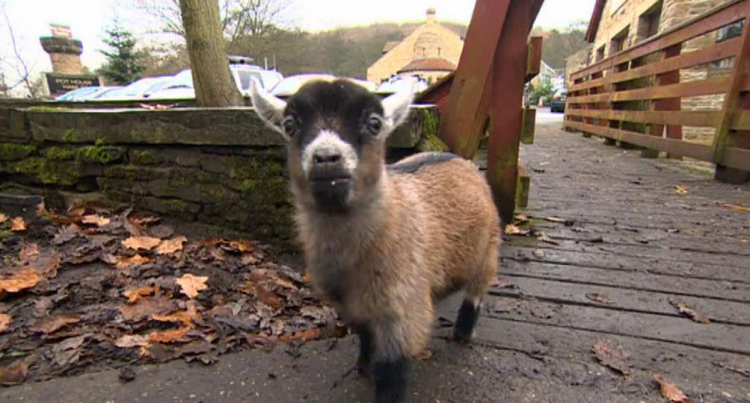