As part of his “Unfinished London” series, comedian Jay Foreman (previously) takes a humorous look at the current borders of greater metropolitan London, all of which were set in 1965. Foreman further explains how the borders came to be, what changes were made to previous borders, the different advantages of both being and not being considered a Londoner.

London may have stopped physically sprawling outwards when the Green Belt was introduced in the 30s, but the capital’s influence is still very expanding indeed. People are now commuting into London from further than ever before as they seek cheaper housing. Shouldn’t these people have a say in how the city they depend on is run? 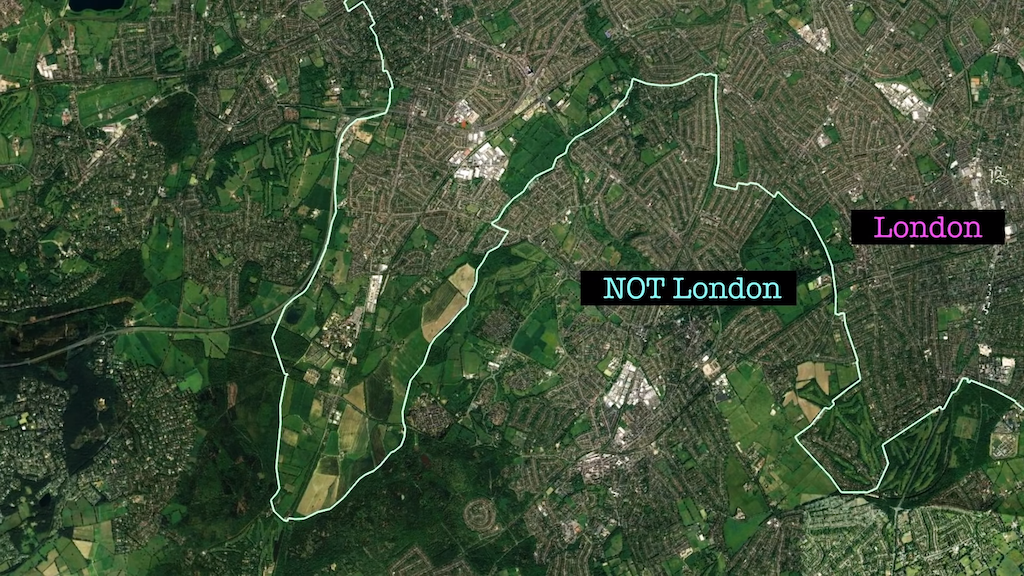