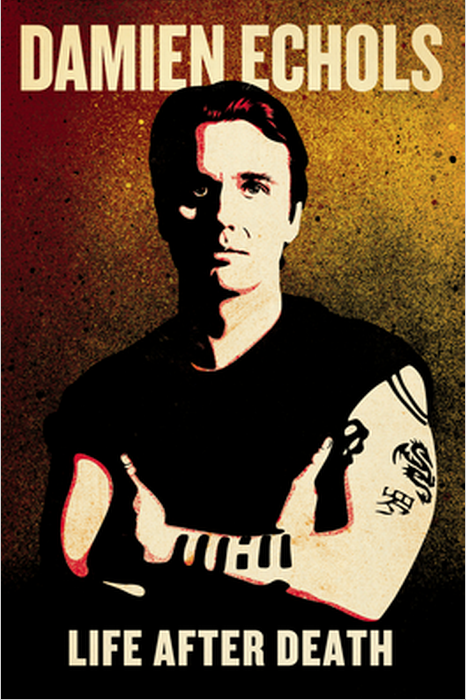 Life After Death is a recently published book that is West Memphis Three’s Damien Echols account of living on death row for eighteen years (more info about the West Memphis Three story). The New York Times praises the book and describes it as “a dual memoir, partly about Mr. Echols’s boyhood and partly about his prison life…” and that it is made up of “good stories, even if this book’s emphasis is often on filth, hellishness and disgust…” A promo trailer is available to view, produced for the book’s release.

In 1993, teenagers Damien Echols, Jason Baldwin, and Jessie Misskelley, Jr.—who have come to be known as the West Memphis Three—were arrested for the murders of three eight-year-old boys in Arkansas. The ensuing trial was marked by tampered evidence, false testimony, and public hysteria. Baldwin and Misskelley were sentenced to life in prison; while eighteen-year-old Echols, deemed the “ringleader,” was sentenced to death. Over the next two decades, the WM3 became known worldwide as a symbol of wrongful conviction and imprisonment, with thousands of supporters and many notable celebrities who called for a new trial. In a shocking turn of events, all three men were released in August 2011.

Now Echols shares his story in full—from abuse by prison guards and wardens, to portraits of fellow inmates and deplorable living conditions, to the incredible reserves of patience, spirituality, and perseverance that kept him alive and sane while incarcerated for nearly two decades.

In these pages, Echols reveals himself a brilliant writer, infusing his narrative with tragedy and irony in equal measure: he describes the terrors he experienced every day and his outrage toward the American justice system, and offers a firsthand account of living on Death Row in heartbreaking, agonizing detail. Life After Death is destined to be a riveting, explosive classic of prison literature.