German artist 1010 was recently commissioned by Galerie Itinerrance and the construction company SEMPA to create a giant work of art on a Paris highway outside the 13th Arrondissement, which had been under construction and closed to traffic. The result was an incredible three-dimensional painted optical illusion that gives the appearance of a colorful blanket covering the roadway.

(translated) On the occasion of a remodeling of the interchange of the 13th district, Itinerrance Gallery appealed to the artist in 1010, specializing in trompe l’oeil 3D for artistic achievement. An ephemeral and unique project with SEMAPA. Indeed, completed in less than a week is 4500 m2 of bitumen that were covered by 400 liters of paint giving the illusion on the device of a huge crater colors futuristic opening on traffic. The German artist is known for his optical illusions, revealing the colorful openings in 3D on the gray walls and concreted in large cities. 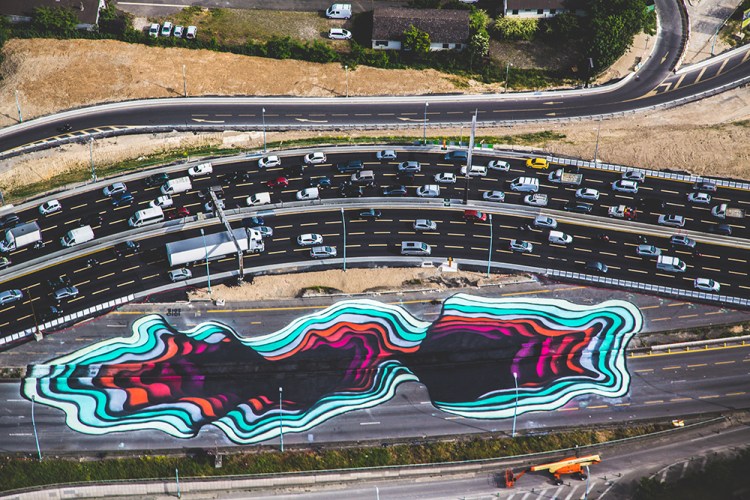 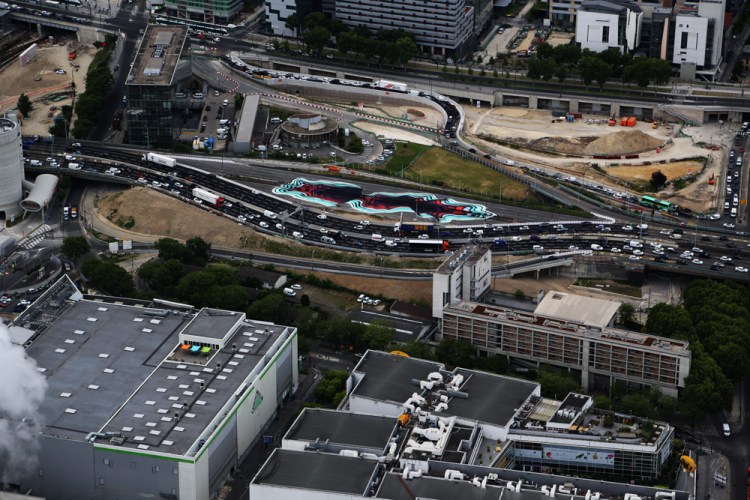 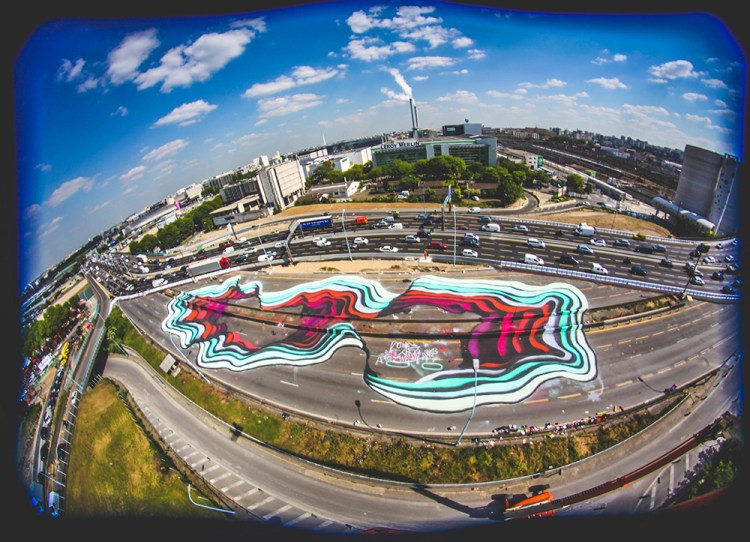 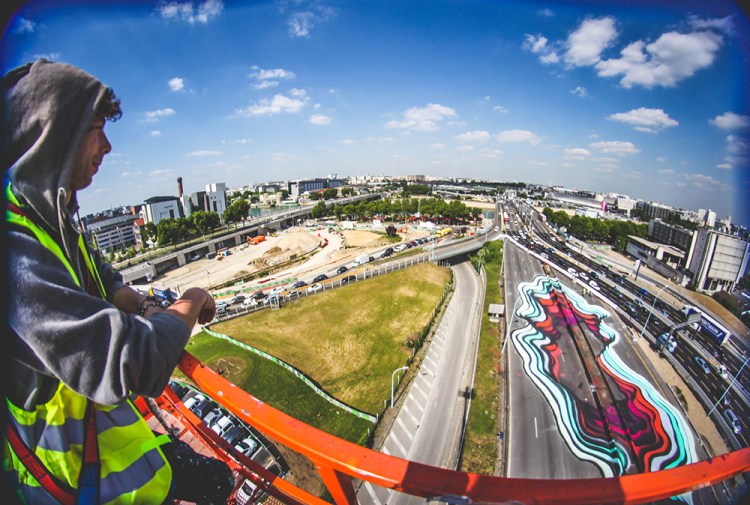 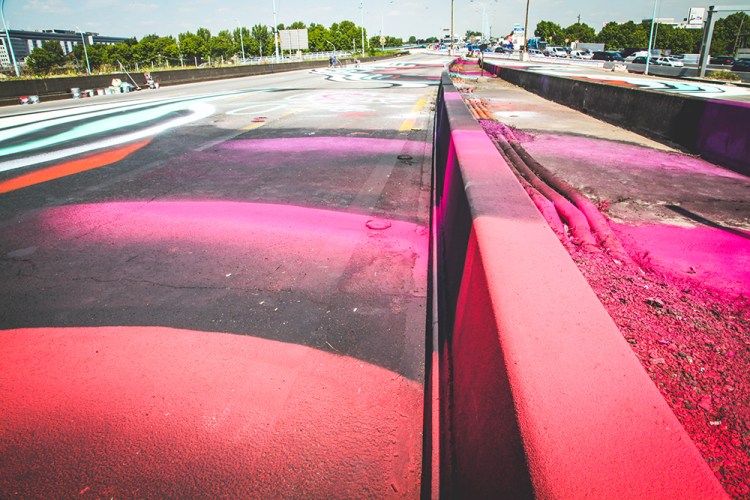 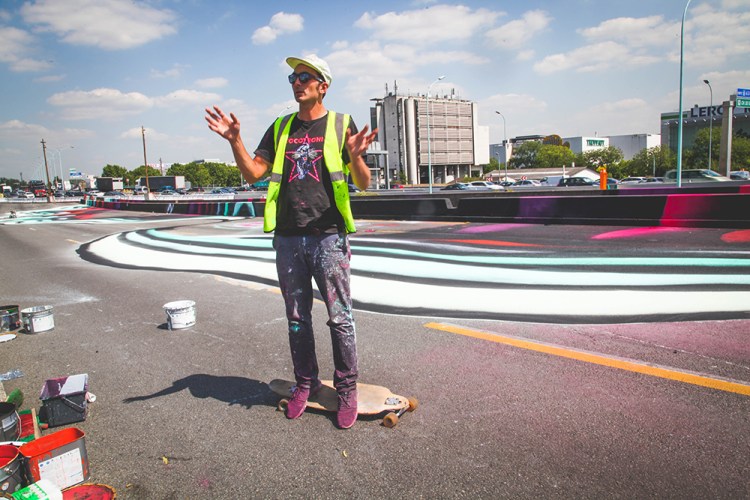 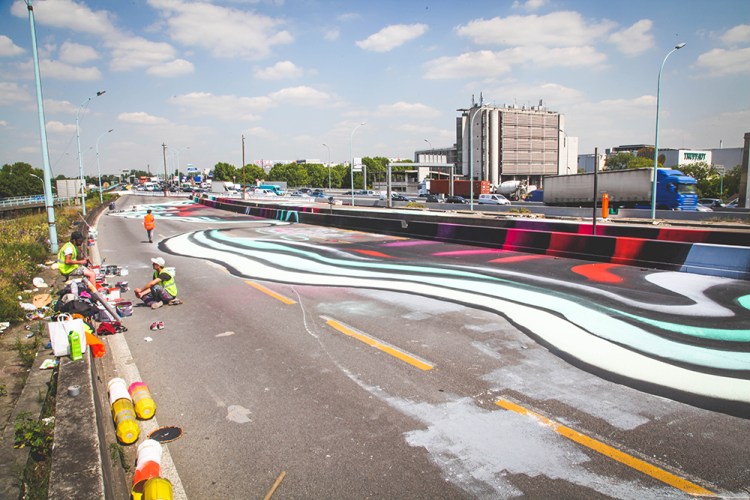