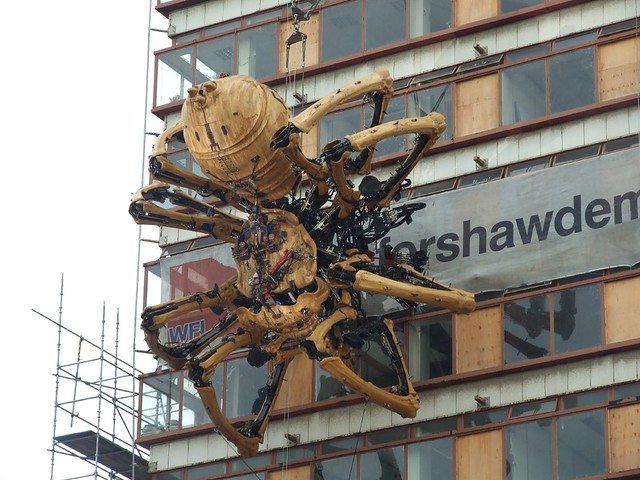 La Machine, the art group based in Nantes, France that created The Sultan’s Elephant in 2006, has installed a 50ft high, 37 metric ton mechanical spider known as “La Princesse” on the side of the Concourse House near the Lime Street station in Liverpool. Today the spider woke up and is exploring various landmarks around Liverpool. 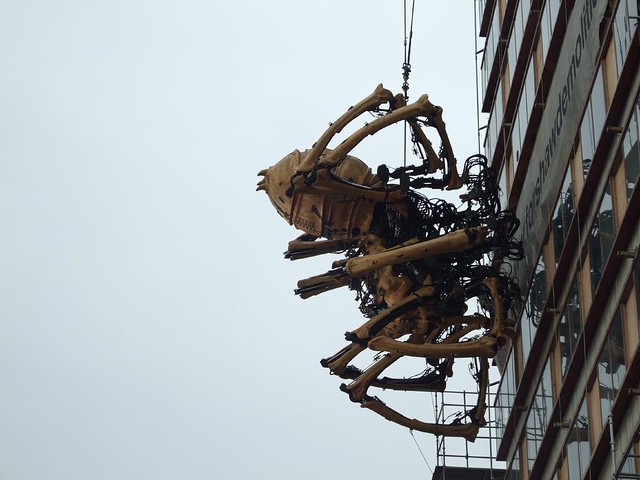 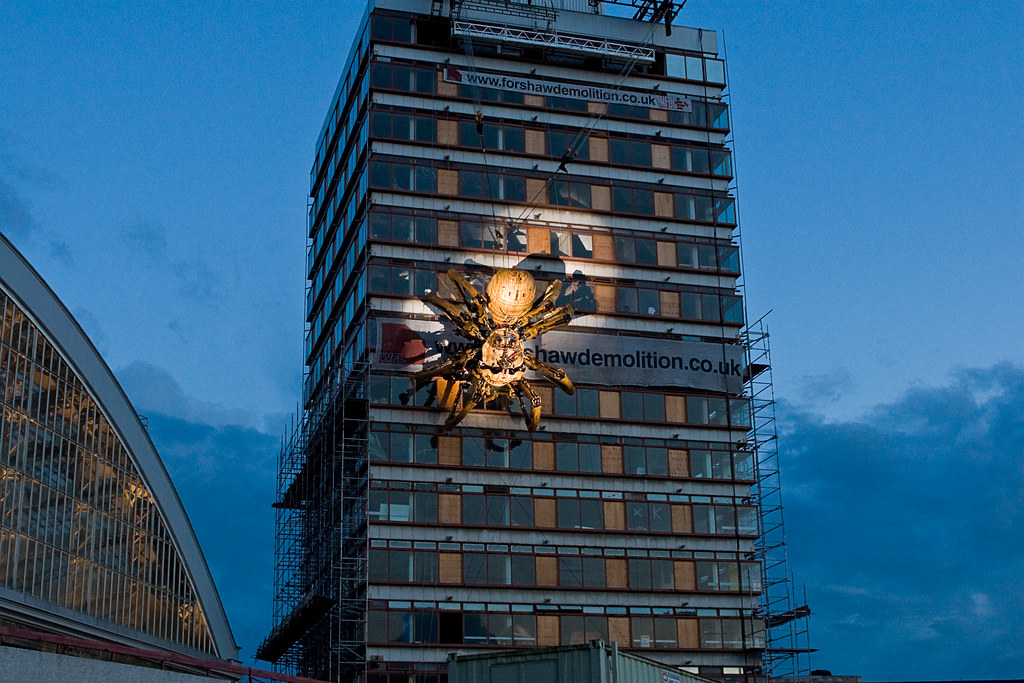 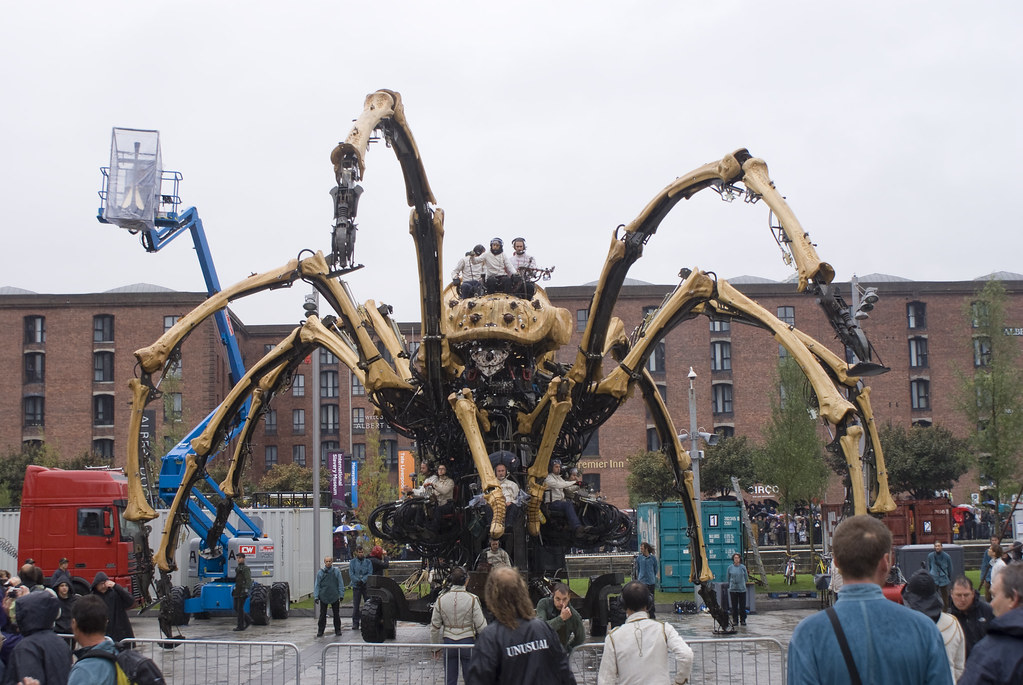 La Machine was commissioned by Artichoke, the creative company behind The Telectroscope, to bring La Princess to Liverpool as one of the highlights of the Capital of Culture 2008 celebration.

Here are some photos of La Princesse by LiverpoolGas, Rob Sutton, John Kennan, Pedro and liverpool08images. 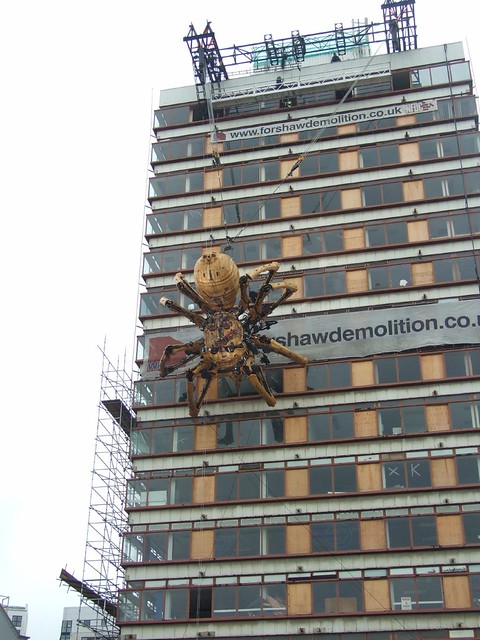