Koko the famous gorilla who became well known for her ability to learn American Sign Language, was given the opportunity to adopt two kittens from a litter of six on the fourth of July, her 44th birthday. Koko picked a silver tabby that she named Ms. Gray from of the litter, but an insistent Ms. Black, a tiny classic tabby, chose Koko. The interaction with the kittens has reawakened Koko’s love of babies.

Not only have Koko’s maternal and play instincts kicked in, but she is signing more to her caregivers and generating new content everyday that can be used by The Gorilla Foundation to create empathy from great apes. This can have significant benefits to both endangered free-living great apes and those in captive environments, by encouraging the development of 2-way communication with their caregivers (which Koko has had since she was a baby). 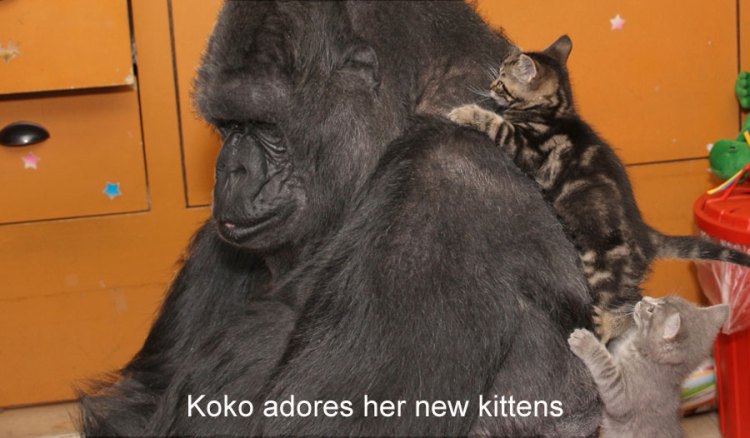 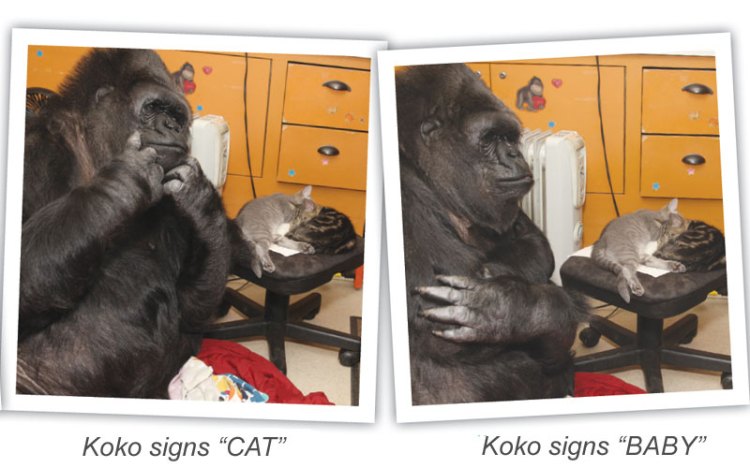 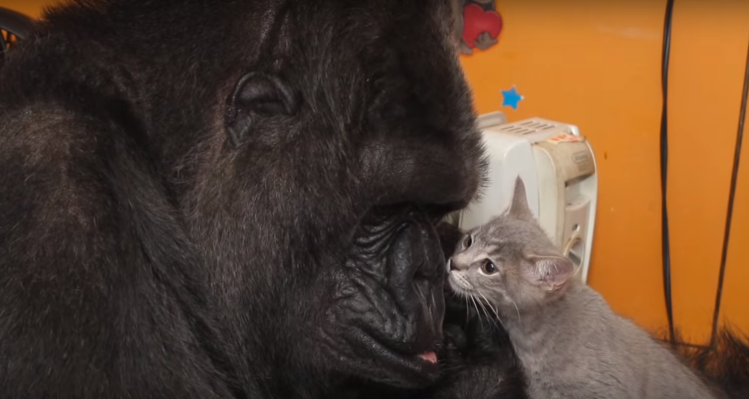 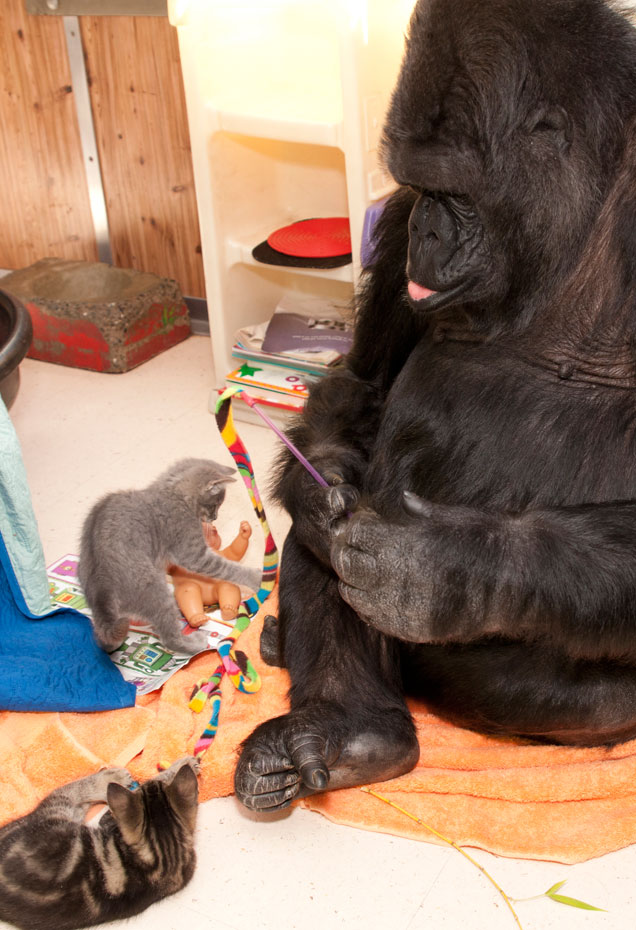 images via Koko the Gorilla