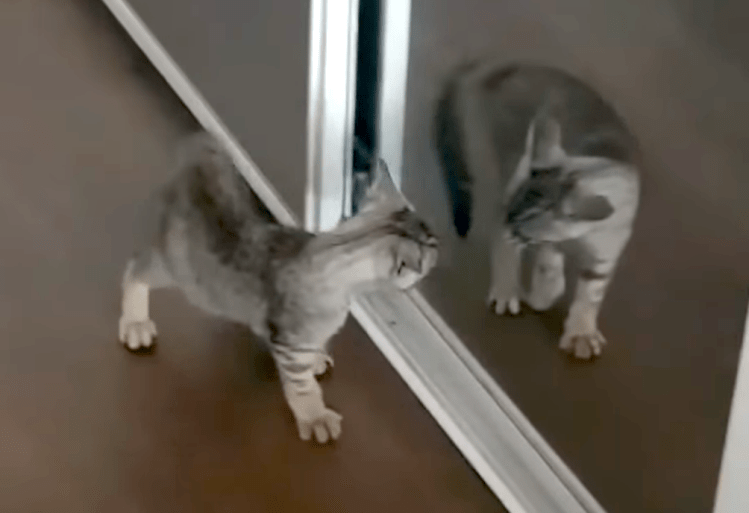 A little gray Maine coon/Savannah kitten named Opie who, upon seeing his reflection in the mirror for the very first time, positioned himself to fiercely battle an unexpected invader into his territory. Despite his many noble attempts, Opie could not get the drop on this other cat. He attempted a few sneak attacks but found that his opponent kept traveling with him (due to another mirror on the other side).

Poor little Opie was so desperate for a fight that he launched himself into each mirror before finally giving up. Opie’s human Jason provided some salty, but hilarious play-by-play commentary to go along with Opie’s self-discovering odyssey.

My new kitten witnessed its reflection in the mirror for the first time. I couldn’t contain myself.

PS sorry about the portrait mode, I’ve failed the internet.

PPS sorry about the salty language, I’ve failed my mom.