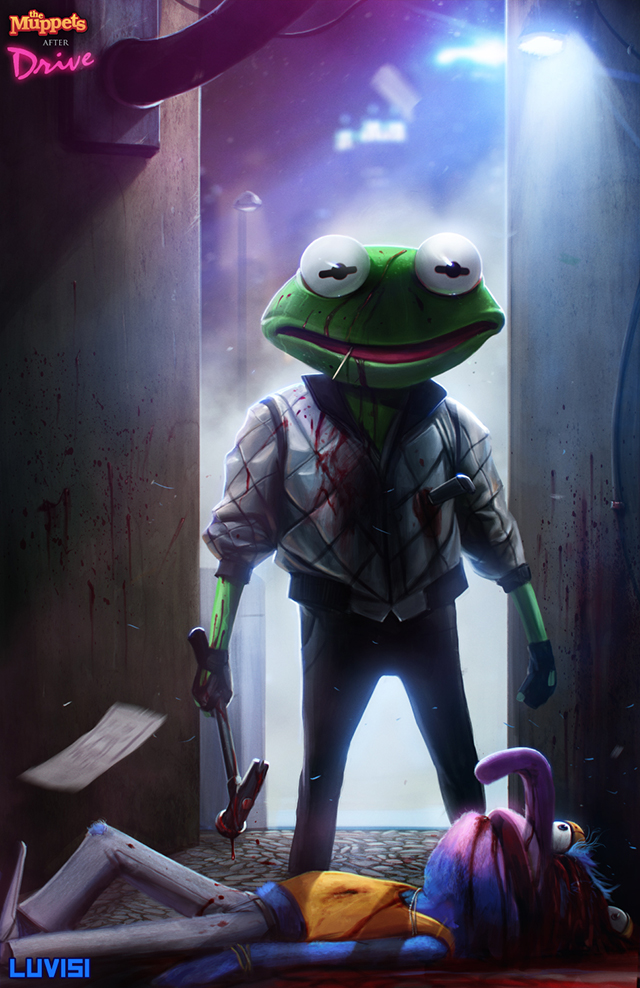 California-based artist Dan LuVisi has created a new pop culture illustration that mixes up characters from The Muppets with the 2011 film, Drive. Dan’s eerie illustration portrays Kermit the Frog as the driver (Ryan Gosling), who just got done murdering Gonzo with a hammer. Previously we wrote about Dan and his ongoing series of pop culture illustrations, which includes a Bert and Ernie as criminals and a realistic portrayal of Buzz Lightyear.

After years of family friendly shows such as the Muppet Babies, The Muppet Show and the Muppet Movie, Kermit and the gang decided to opt for something new and more adult. The idea would be for them to begin parodying more mature genres, such as dramas and crime films.

Their first would be ‘Drive.’