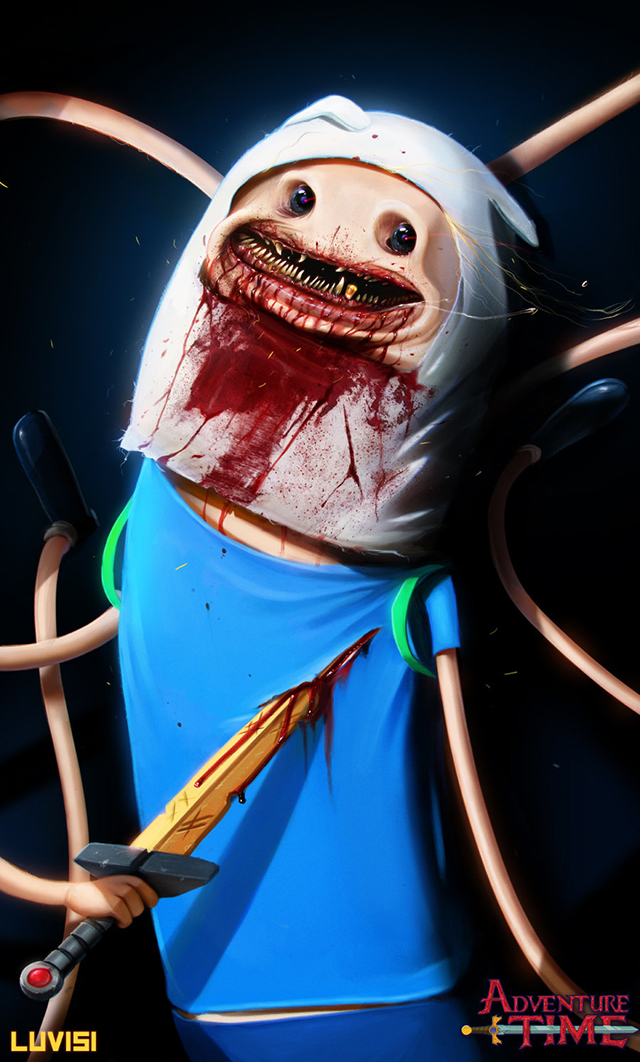 “The idea here, is that Finn devoured Jake, consuming his abilities and thus turning into this huge creep.”

Los Angeles-based conceptual artist Dan LuVisi has been illustrating an ongoing series of nightmare pop culture characters that are sure to ruin our childhood memories. Each of the series’ illustrations took him roughly 5 to 7 hours to complete. Dan also released a graphic novel in 2011 titled Last Man Standing (L.M.S.) that is filled with unique characters of his own design. It is available to purchase online and in the process of becoming a motion picture film. 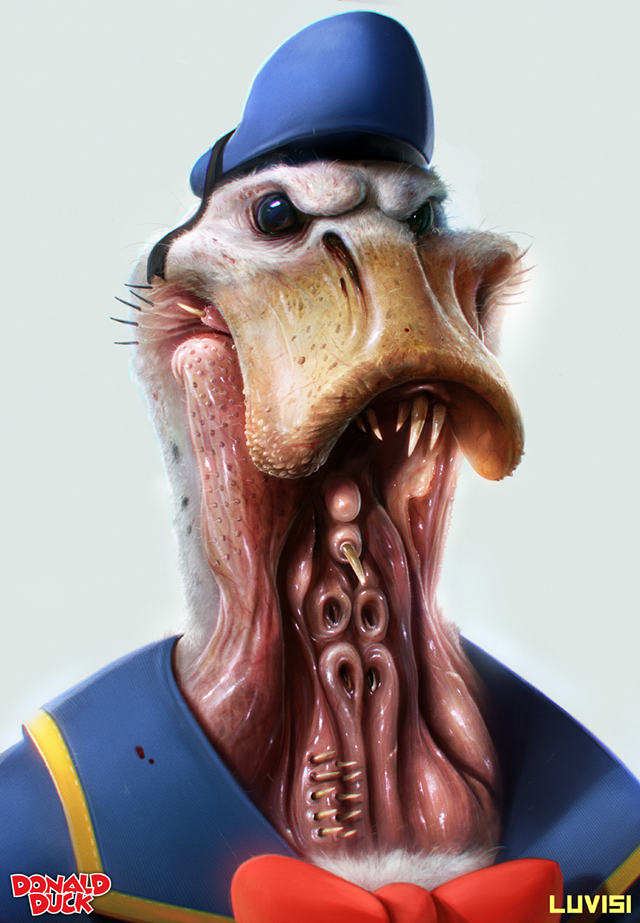 Your childhoods belong to me now. I’m sorry, but I’m not at the same time. 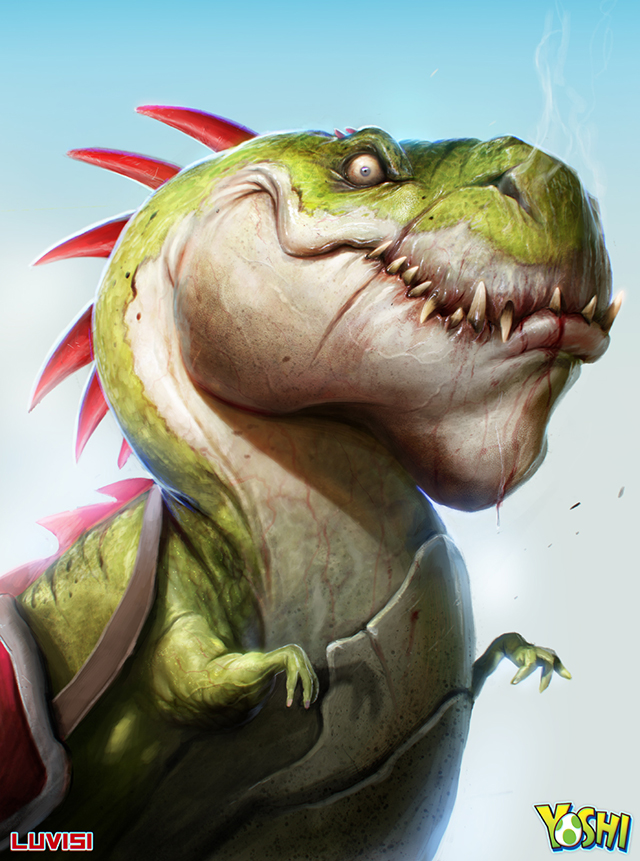