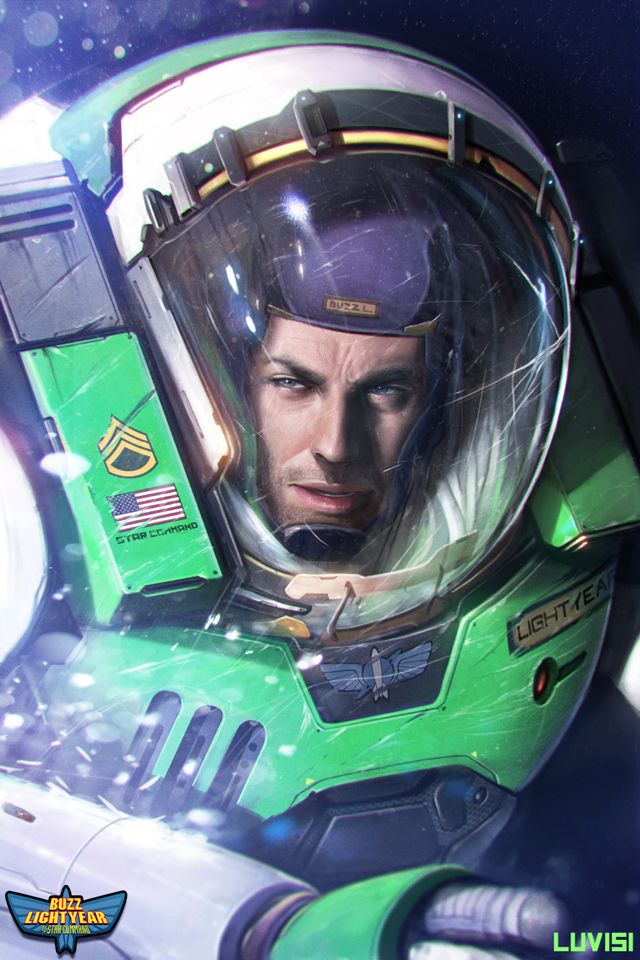 “To Infinity and Beyond” is a pop culture illustration of Buzz Lightyear by California-based artist Dan LuVisi that gives the animated Toy Story action figure an incredible sense of realism and origin story with a surprise ending. Previously we wrote about Dan and his ongoing series of pop culture illustrations, which includes a criminal portrayal of Bert and Ernie from Sesame Street.

Here is the first half of Dan’s awesome origin story for Buzz Lightyear:

As Buzz’s final moment came before him, he glared into the black abyss, only capturing one last one thing: a promise he made his son:

“I will always protect and watch over you. To infinity and beyond.”

Buzz was an all American hero. He worked for the Star Command Army and had been recently promoted to Staff Sgt, leading the young and brave through interstellar wars against the evil alien terrorist, Zurg.

While deep in space, Buzz’s ship was pulled into a worm-hole caused by his arch-nemesis Commander Zurg. Buzz tried everything in his power to turn his ship around, but to no avail. At this point, Buzz and his crew only had one option: abandon ship… (read more)