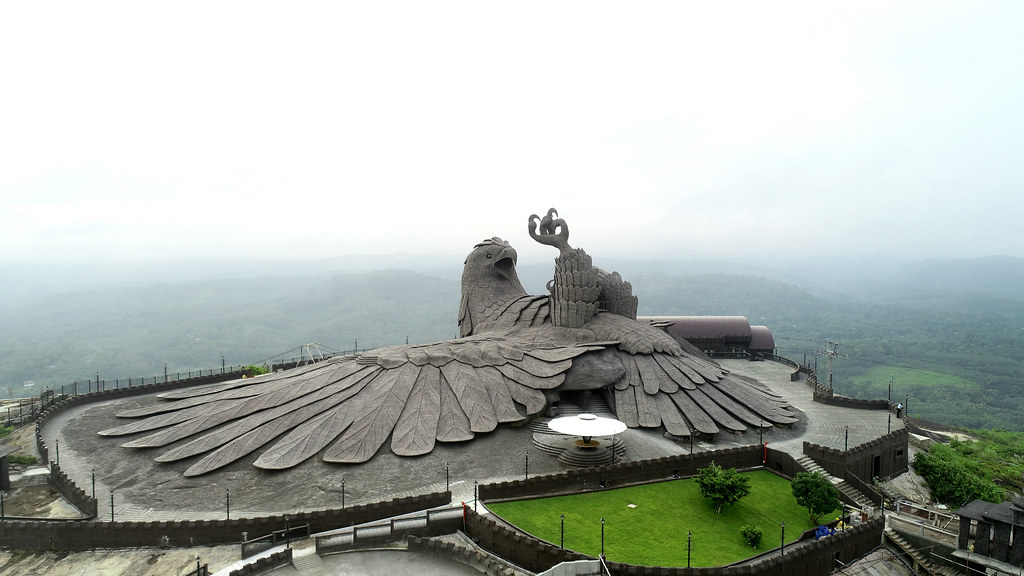 Artist Rajiv Anchal and a team of experience sculptors have installed an enormous concrete bird named Jatayu atop the rolling hills of Chadayamangalam in the Kollam district of Kerala, India. Jayatuj is not only the largest functional bird sculpture in the world, but is a formidable tribute to women’s safety and honor.

The giant concrete statue of Jatayu is built on a mighty rock named Jatayupara (para means rock in Malayalam) by the sculptor Rajiv Anchal. The colossal statue is 200 feet long, 150 feet wide and 70 feet tall, making it all largest functional bird statue in the world…Jatayu is an embodiment of valor and chivalry. Risking his life, he tried his best to save Sitha from her abductor. …said that the injured Jatayu and his lost wing landed on top of a rock. In time, the rock got the name Jatayupara. This is where the monumental statue of Jatayu is now built. Hence the Jatayu sculpture uprights as a towering tribute to women’s safety and honour. Jatayu also represents a bygone era when humans, animals, birds and other living forms cared for each other and fellow begins and lived peacefully on this Earth. In the words of Mr. Rajiv Anchal, this symbolism has great relevance in today’s social scene since the crime rate against women is on a high.

This incredible sculpture took over ten years to create and is available to view in person. 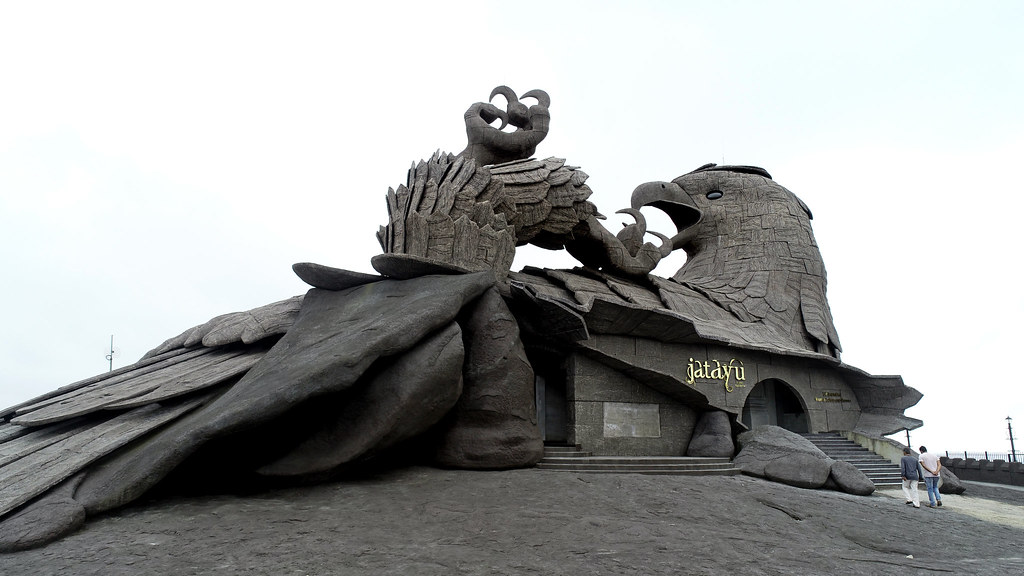 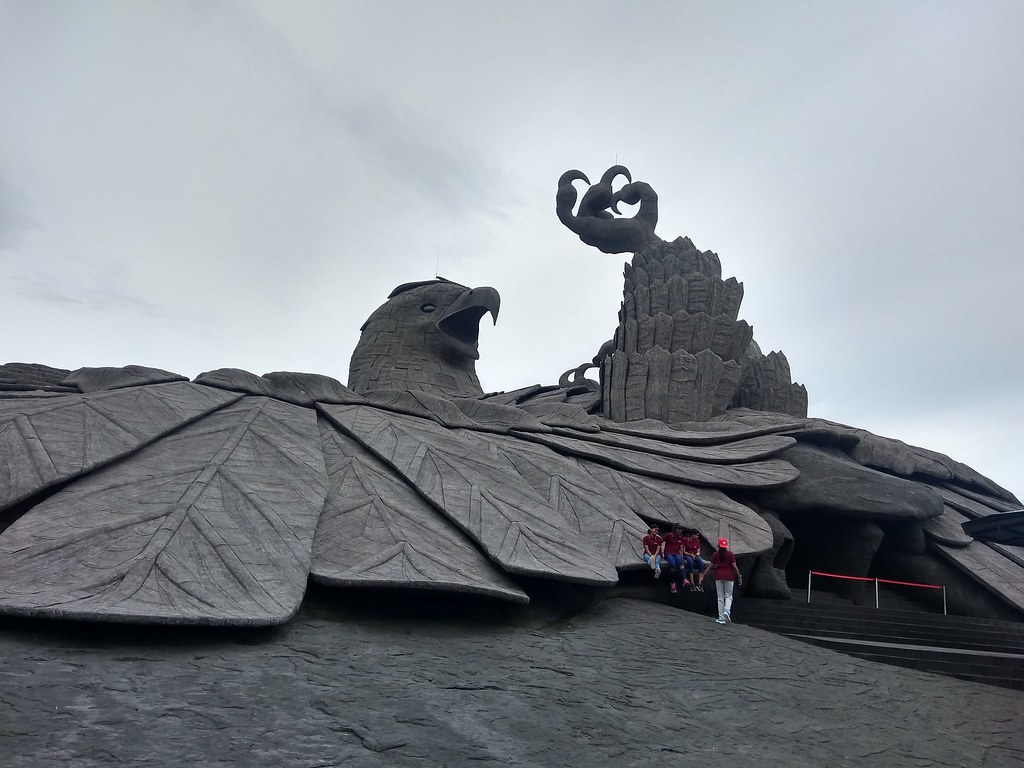 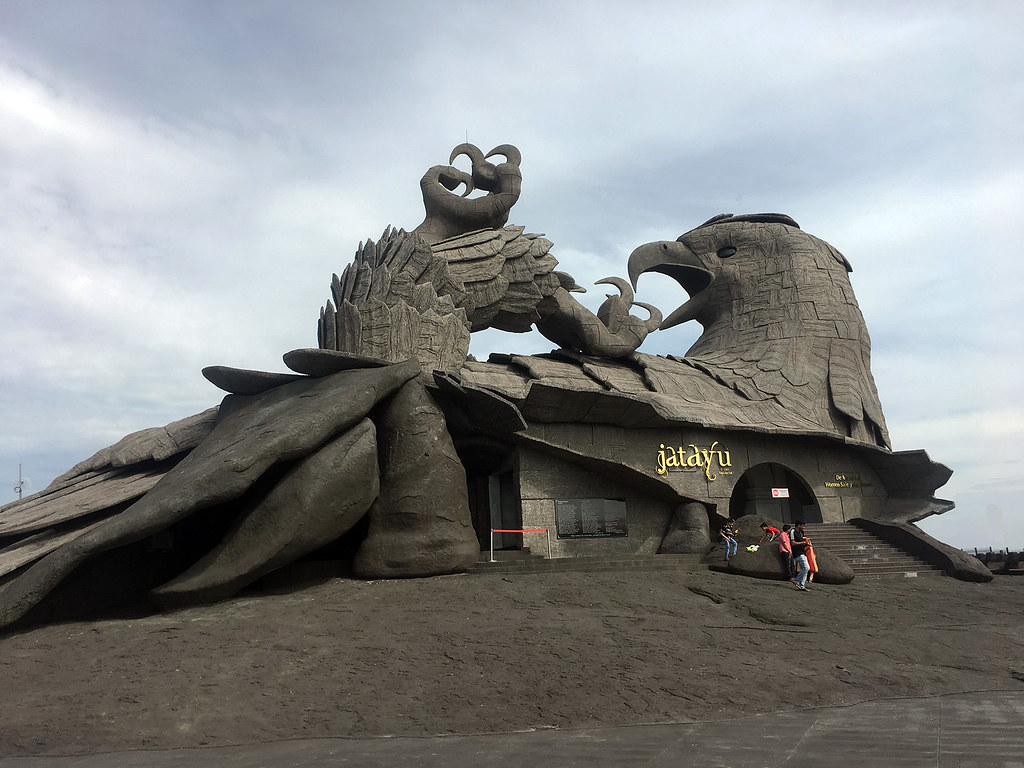 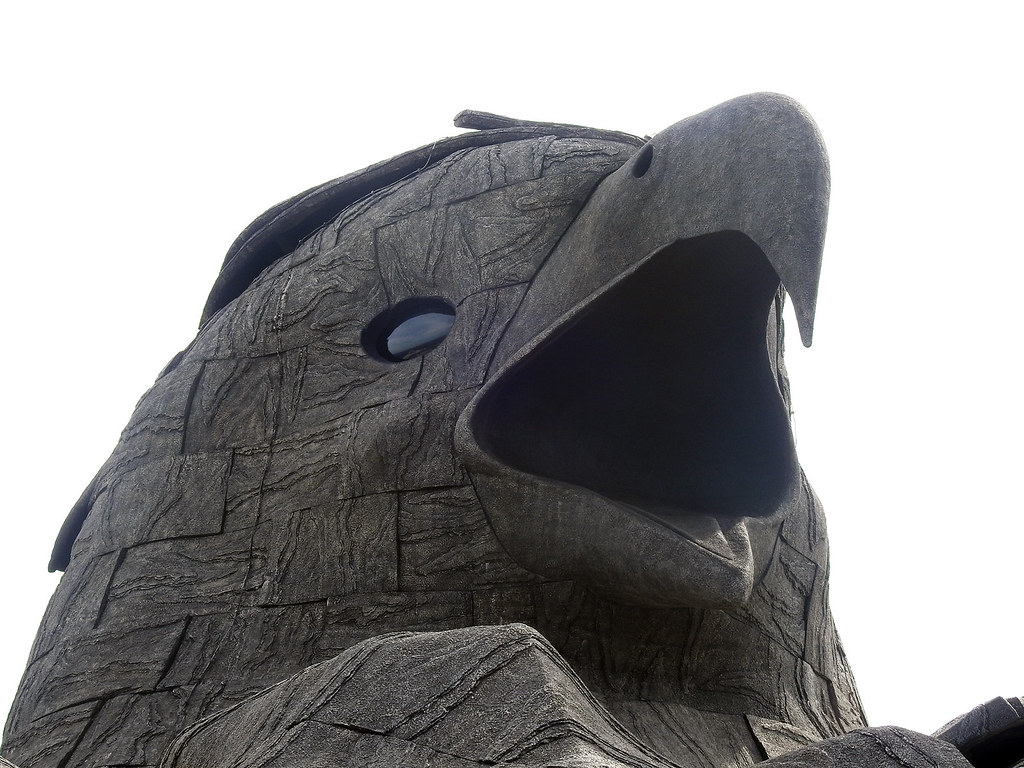 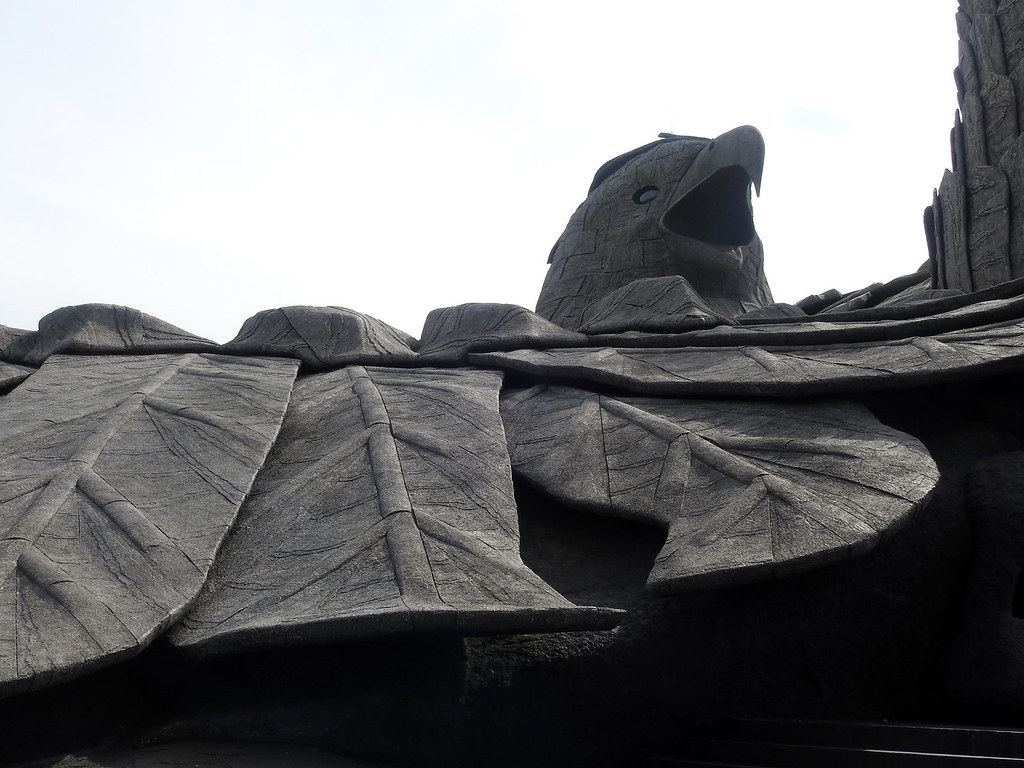 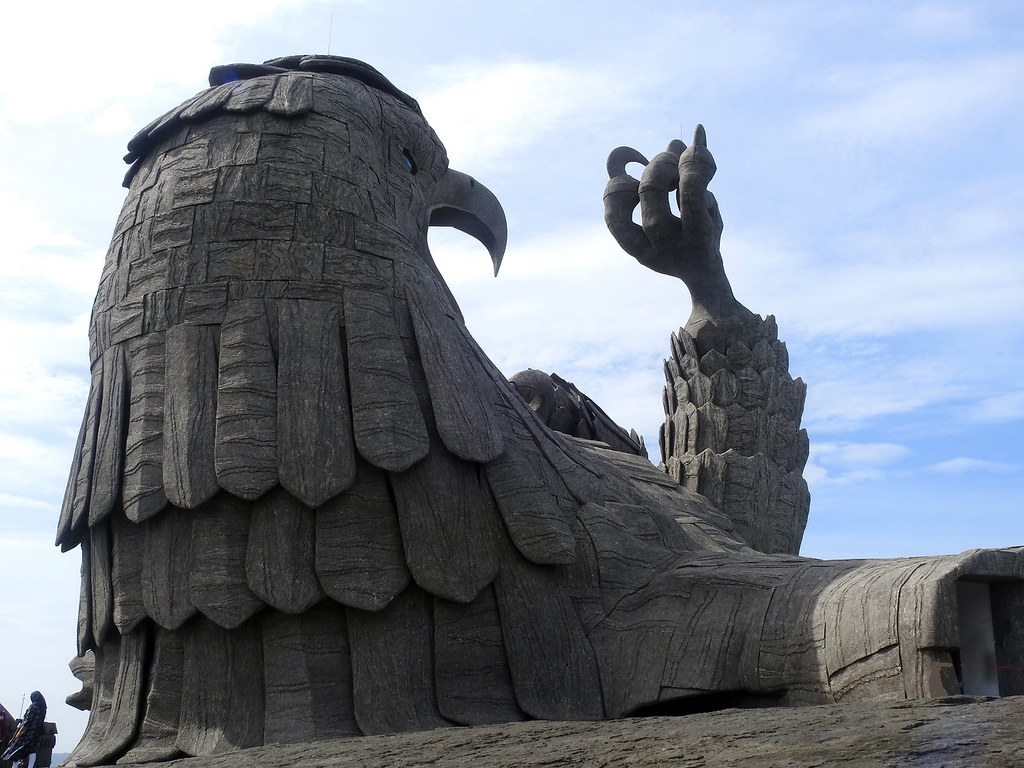 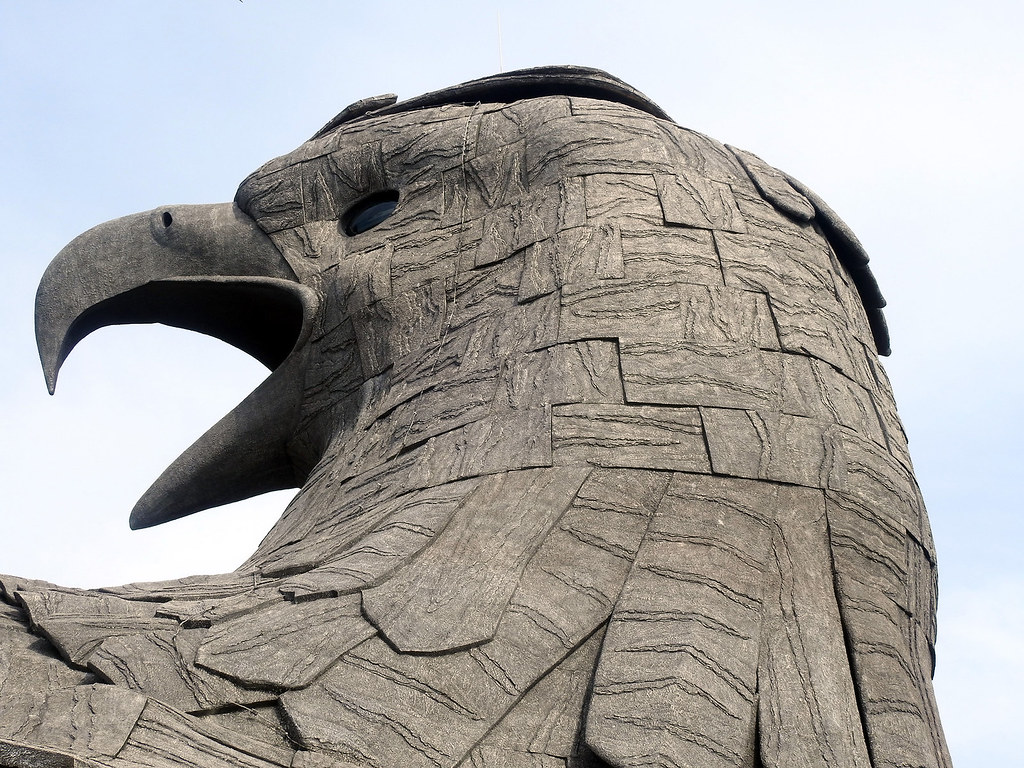