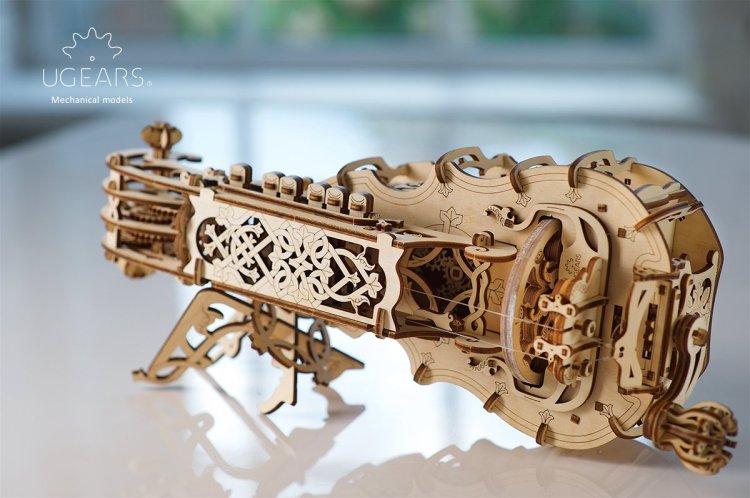 UGears is featuring a really beautiful functioning Hurdy-Gurdy mechanical model that neither requires external tools nor musical talent to build. The kit includes pop-out wooden pieces that seamlessly fit together to build this amazing instrument and strings to it play.

The Hurdy-Gurdy is another creative piece in the line of Ugears. This magnificently designed model brings you the alluring music of medieval times. This full-fledged musical instrument brings to light the mechanic power and grace of medieval engineering in 16th century France where the Hurdy-Gurdy was a king’s delight. The model has a glaring resemblance to the original 16th century Hurdy-Gurdy.

This exclusive mechanical model is an all-in-one product that can be used as an elegant exhibitory article, a brain teaser toy, puzzle game and more. Playing this piece takes you to the bygone era. It is easy to play, and you can play notes ranging from modern to folk.

UGears successfully launched this Hurdy-Hurdy mechanical model via a Kickstarter project in 2017. 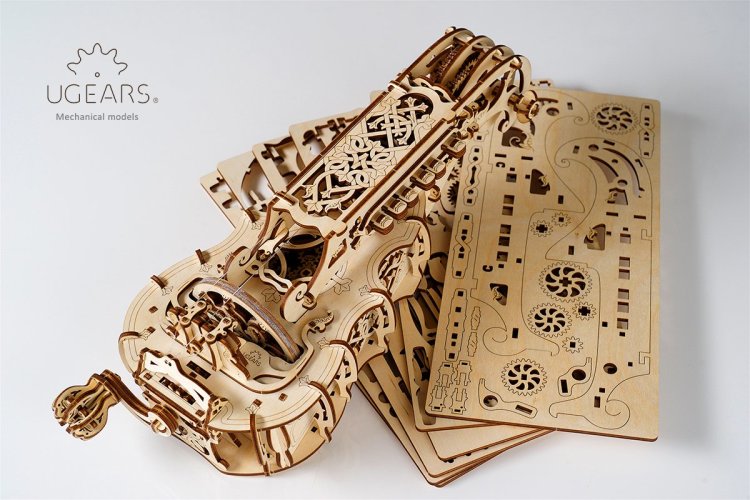