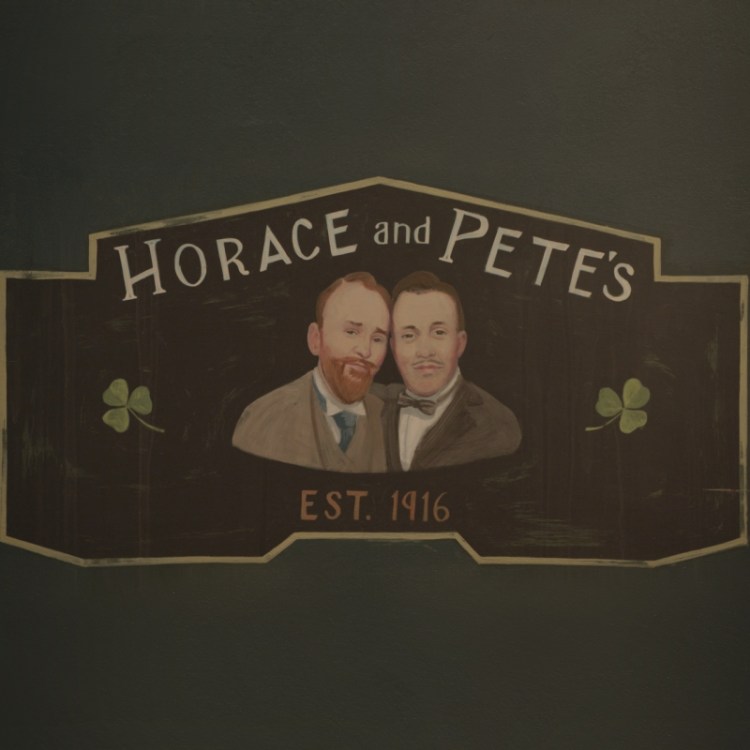 Horace and Pete is a new drama series written and directed by Louis C.K. that the comedian released on January 30, 2016 as a surprise through his website with no prior announcement. The series stars C.K. and Steve Buscemi with appearances by Steven Wright, Alan Alda, and Aidy Bryant. The theme song for the series was written and performed by Paul Simon.

The series is shot in the style of a live play and focuses on the lives of the people who run a family owned bar and its patrons. There does not appear to be a release date for the second episode, but C.K. made the announcement about the series through his mailing list and will likely announce future episodes in the same manner.

image via Horace and Pete