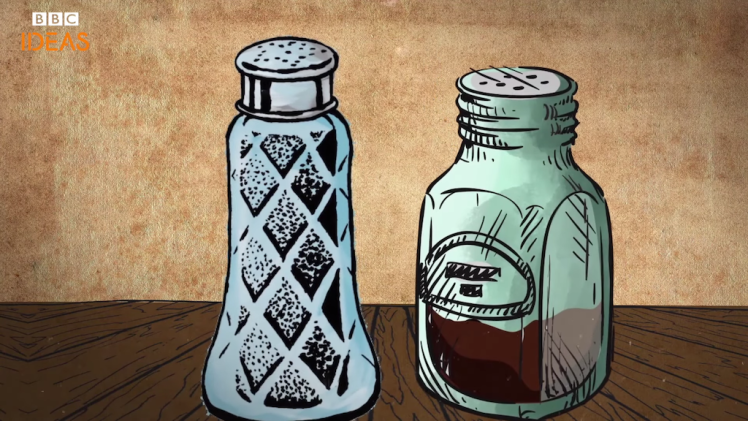 In a briny episode of the BBC series Edible Histories, food historian Dr. Annie Gray explains how salt and pepper became so commonplace that they are found on tabletops everywhere.

Gray begins with the origins of salt and its long history of use for seasoning, brining, preserving food. It was also very expensive and used as currency. Pepper came later via India in the 15th century and became very popular very quickly. As the price for pepper came down over the years, many complicated recipes from the past were pared down using just salt and pepper. This practice was solidified in the Victorian era and after the salt shaker was developed in 1911, the pairing became ubiquitous.

Salt was still on the table – now in small salt cellars, no longer just for the privileged few.
In 1911 the Morton Salt Company of Chicago patented an easy-flow salt and salt shakers could finally take off. During the 20th Century, pepper shakers joined them.