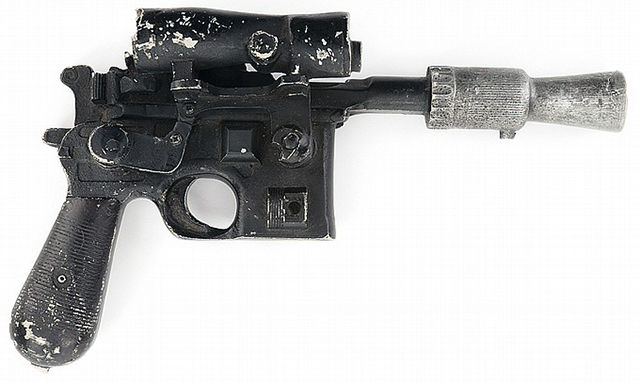 A light version of the DL-44 blaster used by Han Solo (Harrison Ford) in the original Star Wars trilogy will be sold at auction on December 21, 2013 at 11 AM PST via Invaluable.com. The starting bid for the iconic blaster is $200,000.

Based on the German issue Mauser C96 pistol, this piece, measuring 11 in. long, was custom-made for the film from resin by casting the original hero prop from the first ‘Star Wars: A New Hope,’ it therefore exhibits the same serial number as the hero prop, which is thought to no longer exist. The blaster is exactly in its original filming condition and therefore exhibits wear from use, but retains all of the original details, including the flash suppressor and scope (the eye-piece of which is detailed with reflective scotch-lite tape). The added distinction of this particular piece is that it was also likely used by Mark Hamill as Luke Skywalker, as both characters shared the same style of weapon in Empire. Accompanied by a letter of authenticity from a noted Star Wars collector. To our knowledge this is the only known example of this type of blaster in private hands. 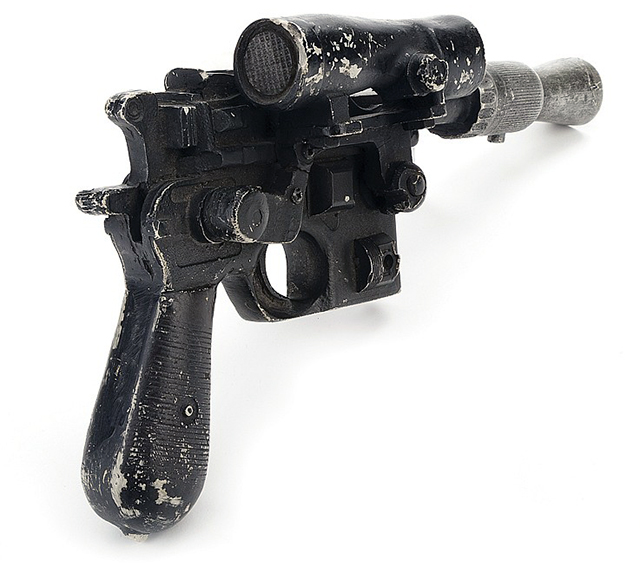