In January 2012, a 5 month old Anatolian Shepherd was abandoned on a railway line and hit by an oncoming train. The injuries that the dog sustained caused his tail and one of his back legs to be amputated. The shepherd, named Haatchi, was eventually adopted by the Howkins whose son, Owen (Little B) lives with a condition called Schwartz Jampel Syndrome, a rare genetic disorder. When the two met in February 2012, a very special bond was formed between a boy and his dog in Basingstoke, England.

It was quite incredible, very hard to describe, almost like he understands.The day that Haatchi met Owen was utterly incredible, it was electric, it was spiritual, as corny as that sounds…and each of them melted and Owen stroked his head and said, “Hello Haatchi” and there was just like a communication between them that they would both understand and there was an immediate bond. It’s like they both knew that each other were different and there was an instant acceptances of those differences and that they were going to work together as a team with those differences – Colleen Drummond, Owen’s Mum

Since that time, Owen and Haatchi have won several awards together, have been the subject of a book, Haatchi and Little B, a news report on the BBC and a beautiful documentary, “A Boy and His Dog” that was made by a group of students for a documentary filmmaking course at the University of Hertfordshire. Haatchi also has a Facebook page where you can find more pictures and information about this incredible relationship. 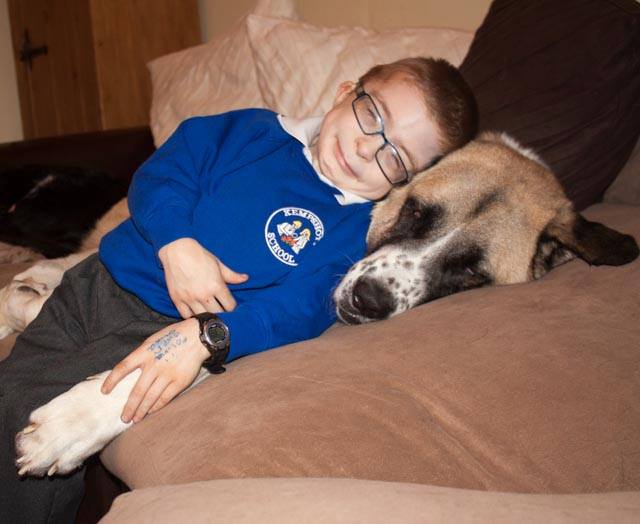 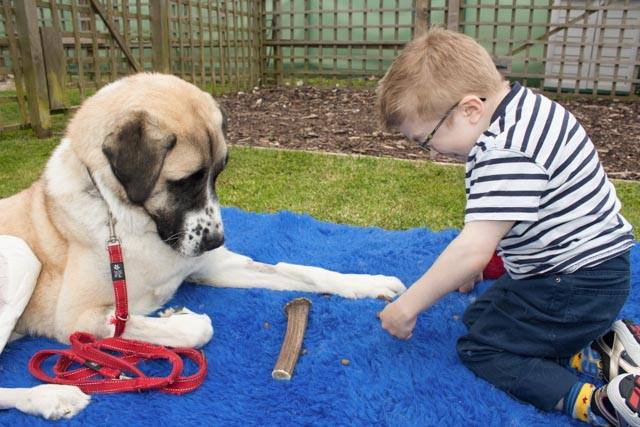 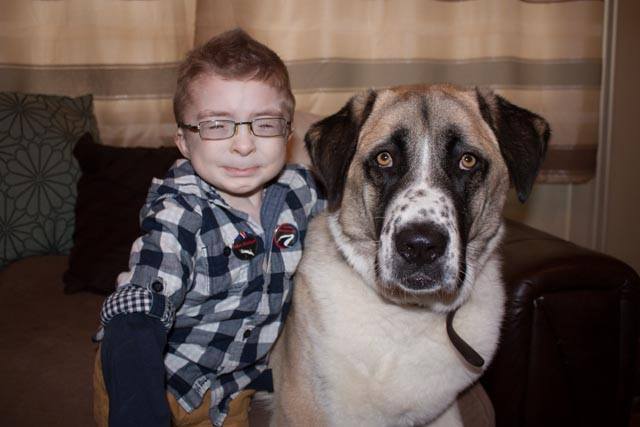 via The Blaze, Most Watched Today