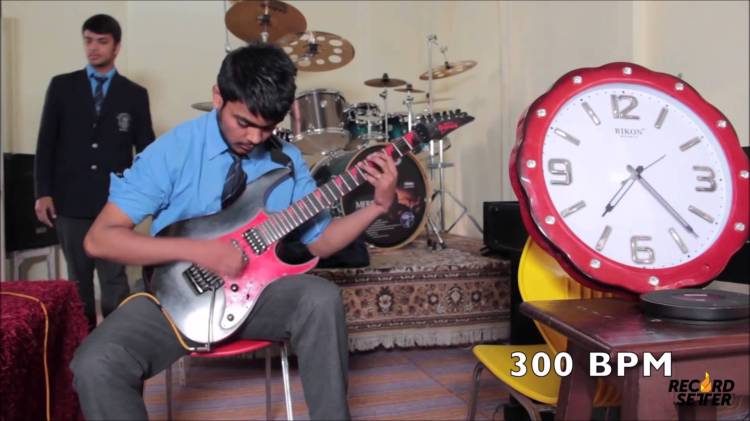 An Indian man named Nirvana B. set a Record Setter world record for the fastest guitar solo played after he performed “Flight of the Bumblebee” at an astonishing 1600 beats per minute (bpm).

Nirvana B. — from Mussoorie, Uttar Pradesh, India — played Flight of the Bumblebee on his guitar at 1,600 BPM, a new RecordSetter.com world record!