Imagine a world that’s colored in pink, where all girls look and act exactly the same. Role models on big screens tell them that being pretty is their primary purpose. Beauty reigns supreme. This world is not so far fetched ….One fashion doll is sold every 3 seconds. Research shows that girls who play with fashion dolls see fewer career options for themselves than for boys. It’s time for girls to have options. It’s time for us to take action. Girls’ feet are made for high-tops, not high heels…it’s time for change

The fully articulated action figure is the spitting image of Goldie, their cartoon ambassador and comes complete with a zip line kit which is fully compatible with other GoldieBlocks products.

For the first time ever, Goldie comes to life as an action figure! More than just a doll, her articulated shoulders, hips, knees and joints along with specially designed hands and feet are designed for action. With the included construction kit, kids learn how to build Goldie a 13′ zipline and send her soaring! 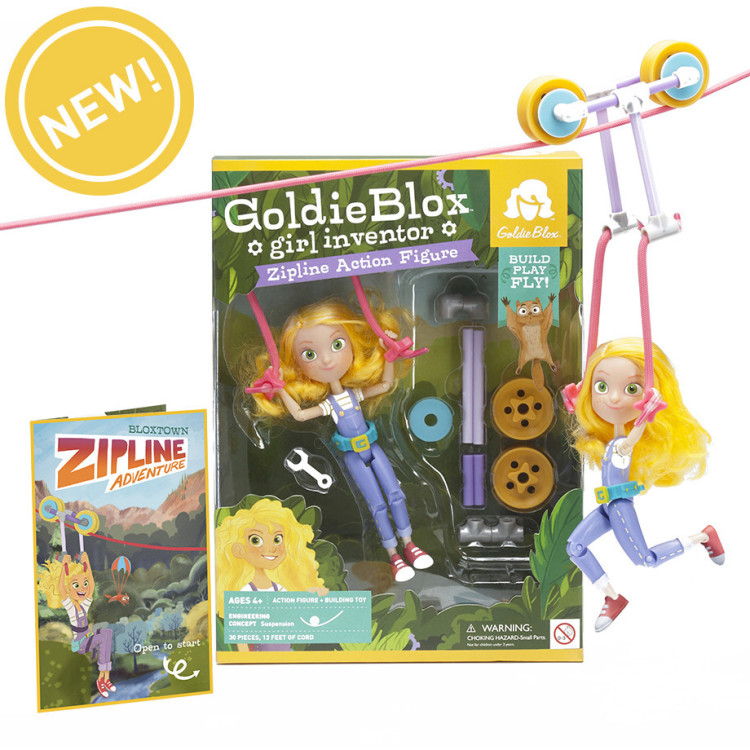 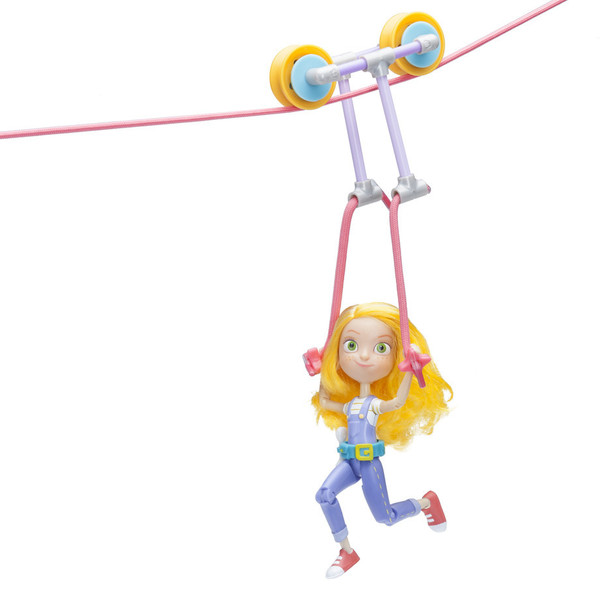 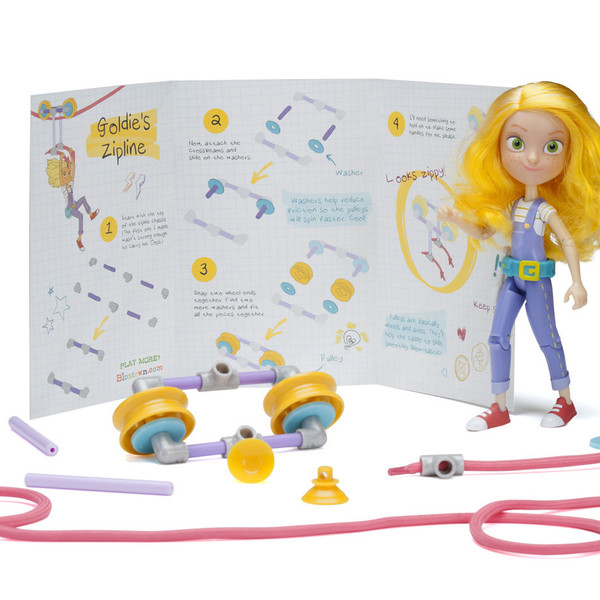