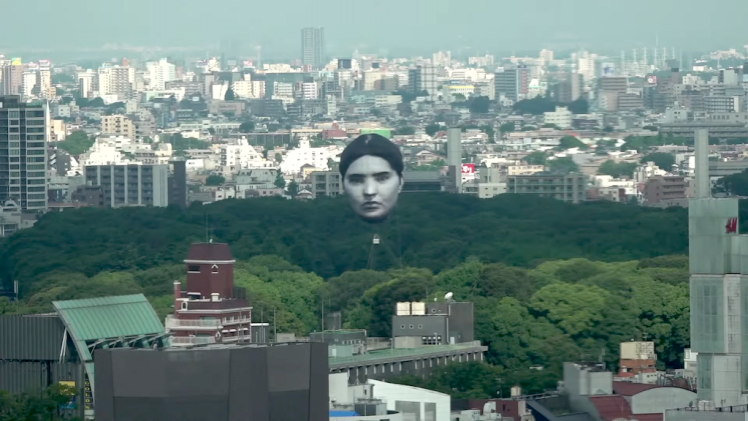 Japanese photographer Disc Yuri On used a Panasonic video camera from 1999 to capture the rather startling sight of a giant hot air balloon in the shape of a head that was trying to float high above Yoyogi Park in Tokyo but was hampered by the wind. When a siren sounded, however, the balloon spun around and faced the camera directly. The stuff of nightmares.

(translated) Taken with a 1999 digital video camera. When I went to shoot, I regretted it because the balloon couldn’t surface due to the influence of the wind, but the face moved and a siren sounded by chance, which may have been good.

As it turns out, the balloon had been successfully launched earlier that day as part of the “Masayume Project” for the Tokyo Tokyo Festival at the park.

The project “Masayume”, in which the contemporary art team’s eyes float the face of a huge person in the sky of Tokyo, is based on the dream that one of the members, Haruka Kojin, had when she was a child. Initially, it was scheduled to be unveiled last summer, but it was postponed due to the spread of the new coronavirus infection.