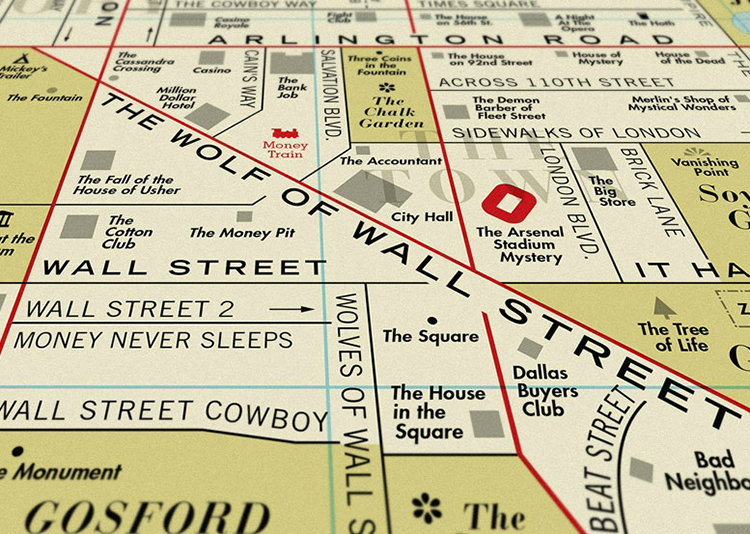 The Dorothy Collective has released an updated version of their 2012 imaginary Los Angeles street map, titled “Film Map,” labeled with over 900 popular movie titles like the “Oscar winning La La Land and Manchester by the Sea.” Prints are available to purchase from the Dorothy shop.

The Map, which is loosely based on the style of a vintage Los Angeles street map has its own Hollywood Boulevard and includes districts dedicated to Hitchcock and Cult British Horror movies. Like most cities it also has its own Red Light area. There’s an A-Z key at the base of the Map listing all the films featured with their release dates and names of the directors. 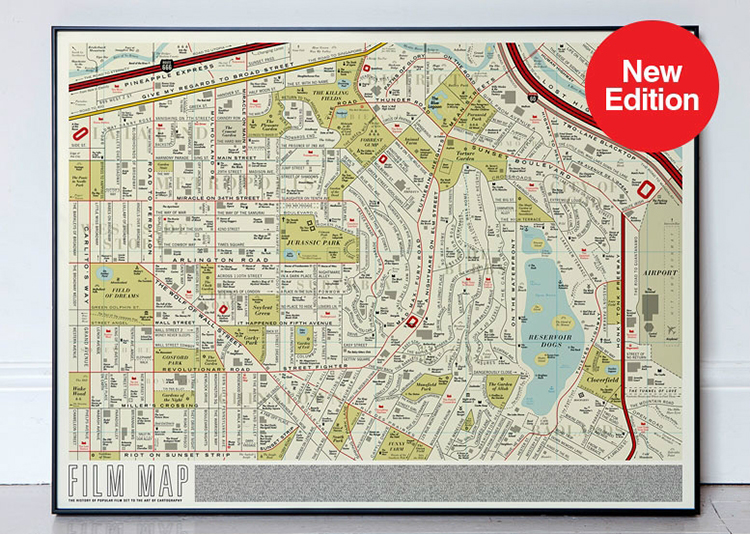 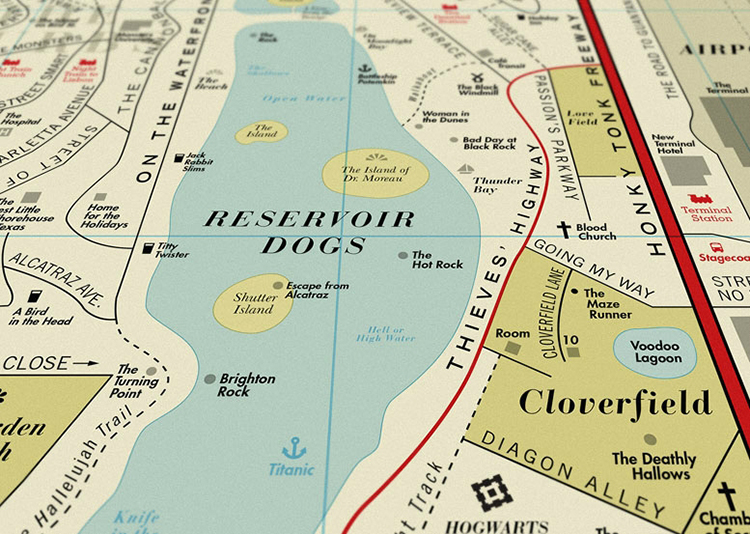 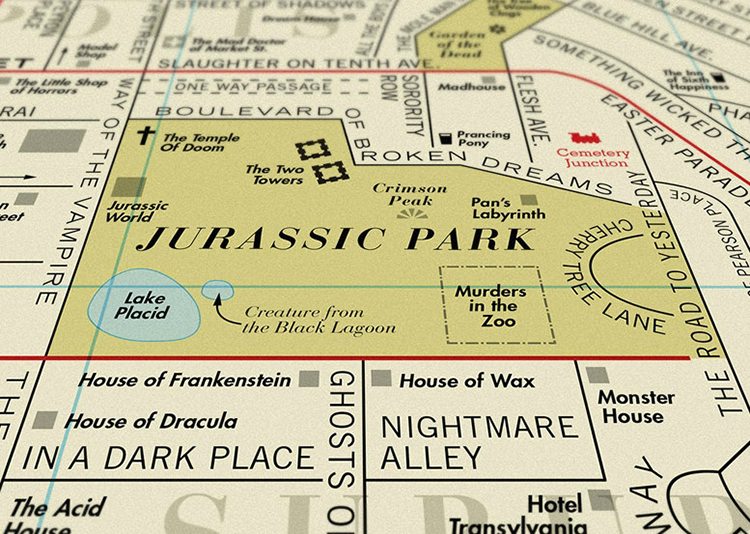 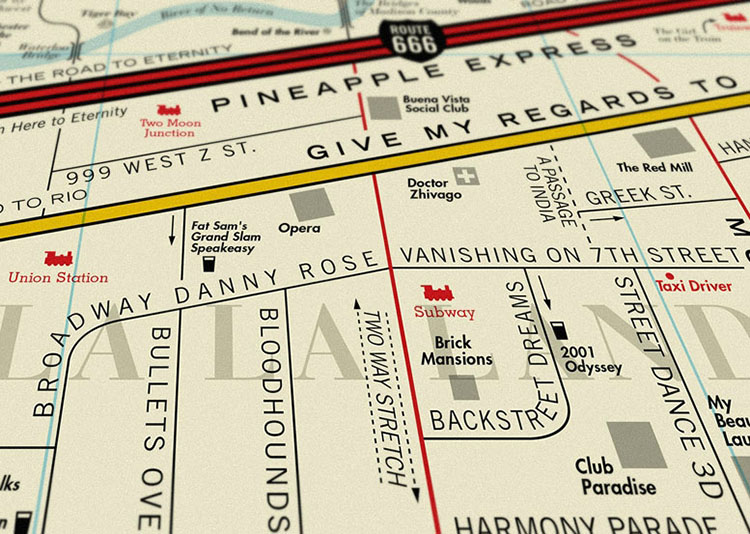