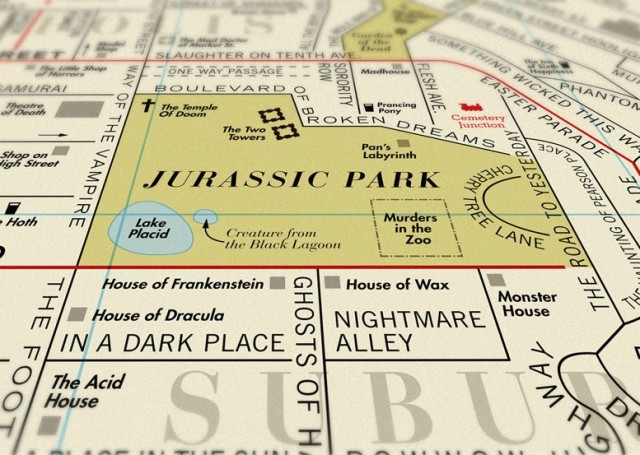 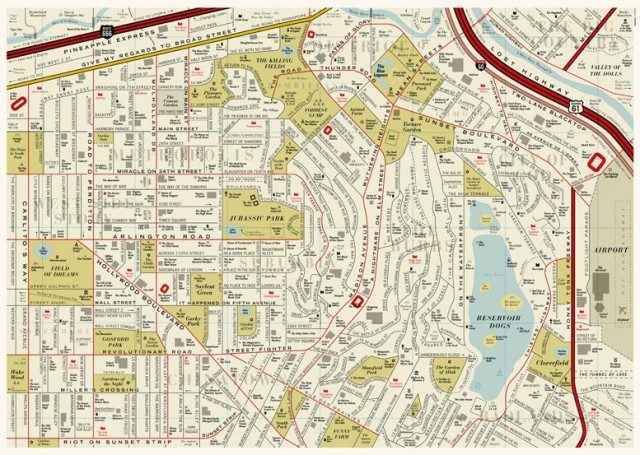 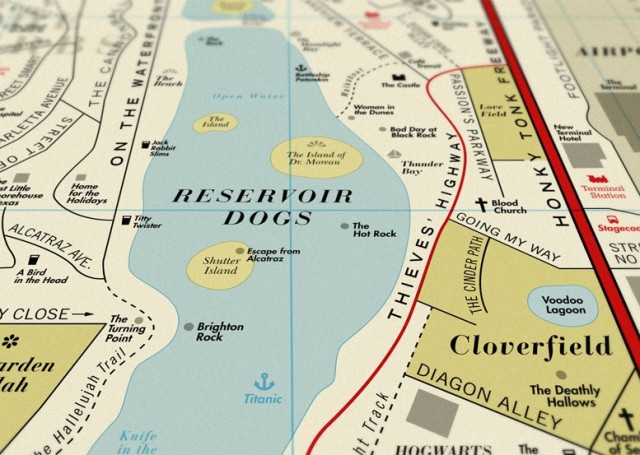 “Film Map” is an imaginary street map in which all the streets and locations are named after movies. The map was created by UK-based Dorothy Collective and is available for purchase on their website. We previously wrote about their similar “Song Map.”

A street map made up of over 900 film titles including cinema classics such as Lost Highway, On the Waterfront, Jurassic Park, Reservoir Dogs, Carlito’s Way, Nightmare on Elm Street, Valley of the Dolls and Chinatown.
The Map, which is loosely based on the style of a vintage Los Angeles street map has its own Hollywood Boulevard and includes districts dedicated to Hitchcock and Cult British Horror movies. Like most cities it also has its own Red Light area. There’s an A-Z key at the base of the Map listing all the films featured with their release dates and names of the directors.