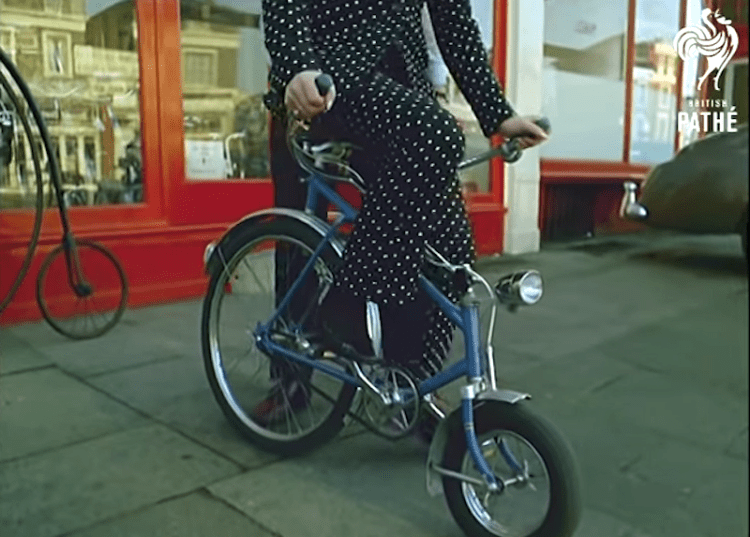 1966 archival footage from British Pathé spotlights the “Farthing Penny”, a miniature version of the famous penny-farthing bicycle that sported one giant wheel in front and a small wheel in the back. This “donkey bike” had the same design as the original, but was on a much smaller scale and reversed. Additionally, the adjustable handlebars could either be positioned normally but the preferred method was to have them come from behind the rider, which would allow a straight back while riding.

A groovy girl in a polka dot trouser suit looks at bikes outside a bicycle shop; she attempts to get on a penny farthing bike, but can’t quite make it; the male assistant (T Barrell) brings out a ‘Donkey Bike’ for her to try. It looks quite strange, with a large wheel at the back and a small one at the front; the handlebars curve round the back of the rider, so they sit up straight while riding.