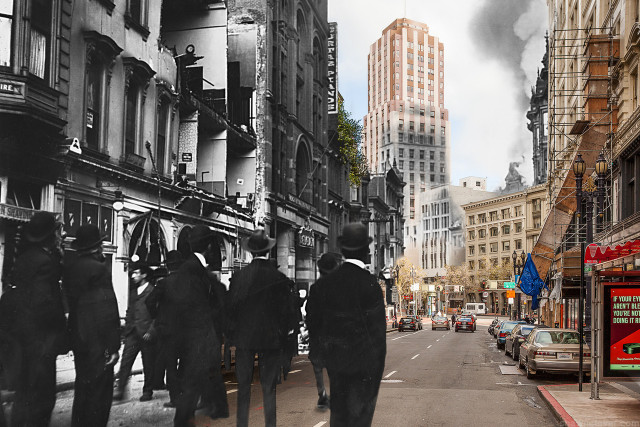 In 2012 we wrote about San Francisco photographer Shawn Clover who came up with the idea to juxtapose his own photos of San Francisco with photos from post 1906 Earthquake. Since then Shawn has been expanding the project and is planning on creating a book about it called Fade to 1906.

Time for a reboot. Not only am I producing higher-quality photoblends, I’m telling the historically-accurate stories behind them, taken from the thousands of pages of published detailed personal accounts of what was going on around the city at the time. I can’t tell these stories in an eight-second website attention span, so I’m taking the photos and their respective chronicles to your coffee table. Fade to 1906 takes a chronological journey through the tremors, three days of fire, and start of the city’s rush to rebuild. Each photo is accompanied by the “then” narrative fading into the “today” story of the same geographic spot.

I’m working on it on and off when I have time. I’ve got about 120 new photos done or almost done and most of the narrative written. I’m working on the layout, typography, and all that stuff now. I also have quite a few pending photo permissions for photos I really want to use. The biggest challenge is to keep the cost down because self-publishing is very expensive. I will likely end up selling it with no profit. Who knows, maybe a publisher will come along one day.

You can buy prints or sign up to get an email if/when the book becomes available. 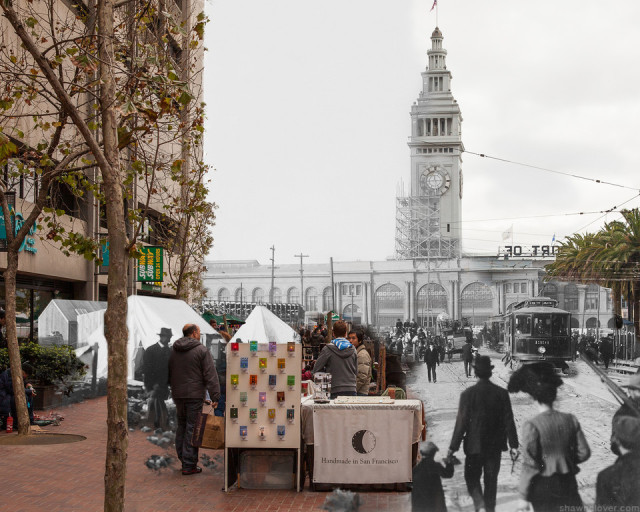 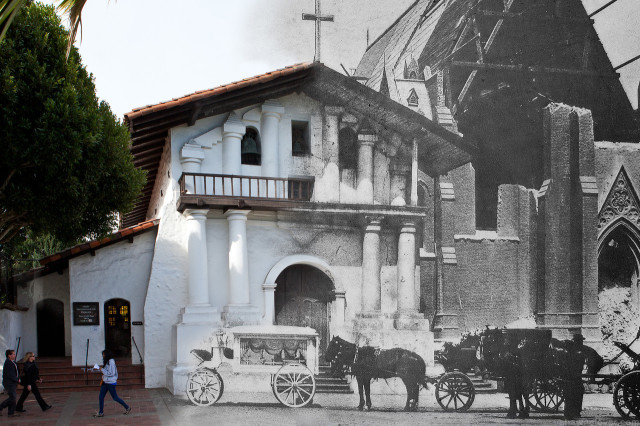 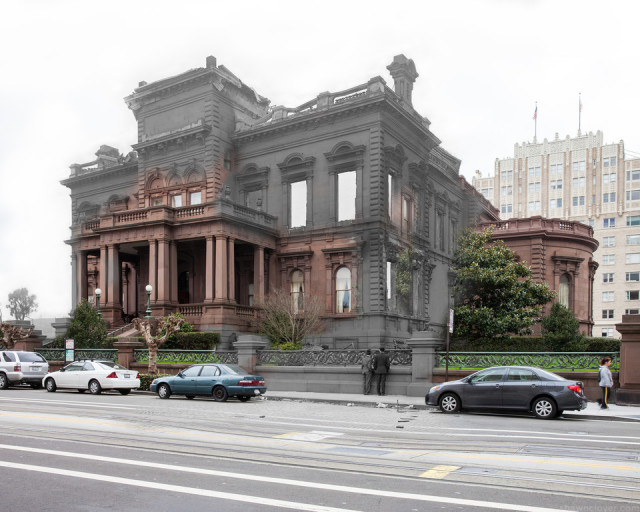 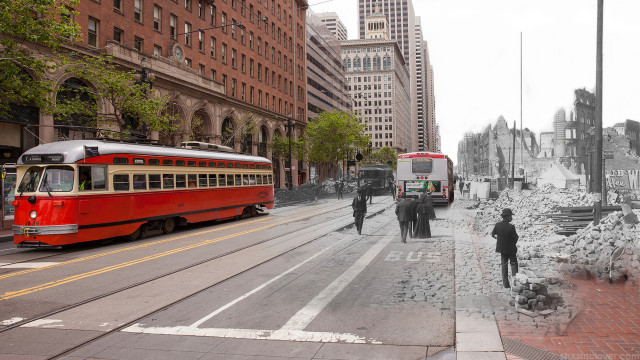 via The Bold Italic