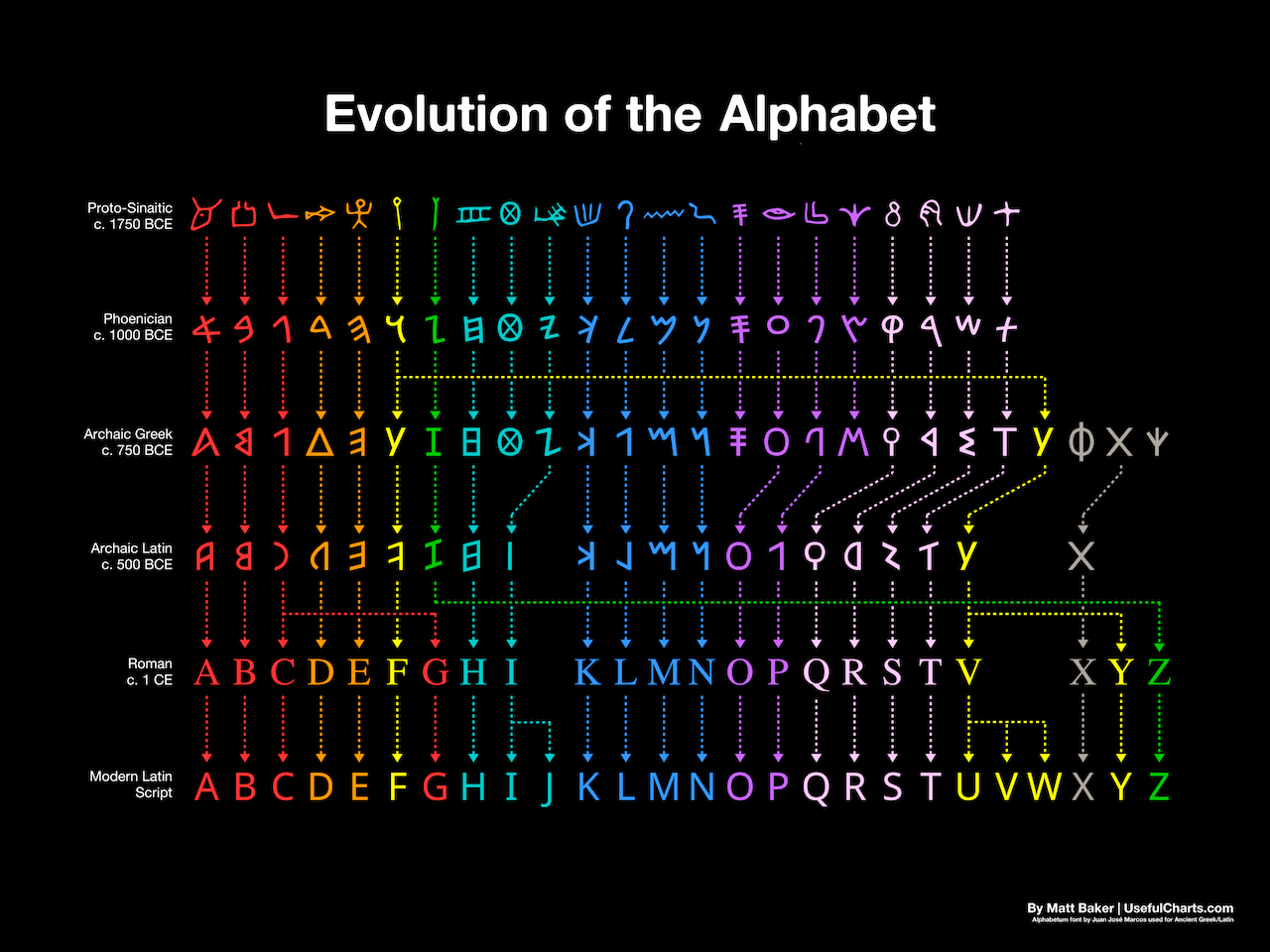 Matt Baker of Useful Charts has designed a wonderful high resolution wall chart (larger) that explains the how each letter of the alphabet developed over thousands of years.

The chart shows how modern English language evolved from the ancient Proto-Sinaitic script of biblical times to the Phoenician alphabet to the Archaic Greek alphabet to Archaic Latin to Roman script and the modern Roman form we know and use now. Baker explains that while the chart arranges the letters according to the English alphabet, the letters are not originally English.

I originally titled the chart “Evolution of the English alphabet” and many people commented that there is no such thing as an English alphabet and that the chart should be titled “Evolution of the Latin alphabet”. Actually, both titles are correct. Obviously, many European languages use the same Latin script. But some use a slightly different number of letters. When one is referring to the set of Latin letters used for a particular language, it’s ok to refer to that set as the “[language name] alphabet”. However, in the end, in order to be more inclusive, I decided to change the title to simply “Evolution of the Alphabet” and use the row titles to make it clear that it is the evolution of the standard Latin script that is being shown (as opposed to say, the Cyrillic or Hebrew scripts).

This alphabet evolution is a part of a larger wall chart that encompasses Writing Systems of the World, which is for sale on Baker’s site.