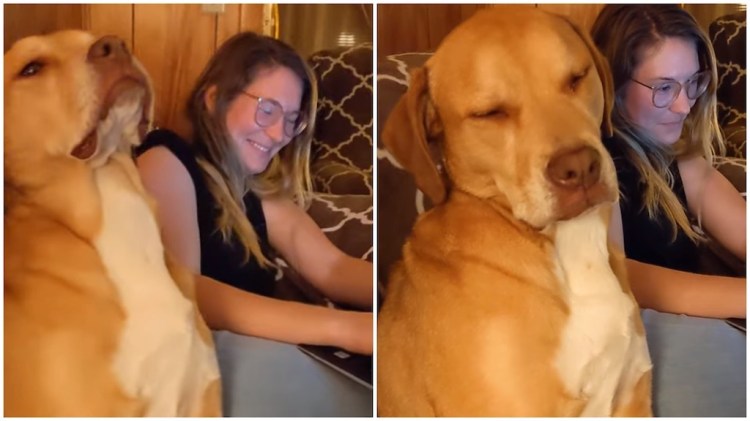 A very drowsy dog named Dolly did her very best to stay awake while sitting upright next to her beloved human. Each time the big dog nodded off, she started leaning over as if she were going to fall. Luckily, Dolly was able to wake herself up with a slight tilt of the head. After this happened several times, Dolly gave up and curled herself up into a position more amenable to sleep.

My wife and I sitting on our couch with our dog, Dolly, sitting between us. Dolly is fighting so hard to not fall asleep, and she almost falls over several times.