The Disney history channel Park Ride History examines the history of the Monsanto House of the Future at Tomorrowland. This unique dwelling, which was built in 1957, was made completely of plastic. This included the exterior of the home, the furniture, and dishware. The house additionally featured such modern conveniences as a video doorbell and a flat screen TV. While these things hadn’t been invented yet, the idea was to create an attraction that could predict the future.

Functioning as a walkthrough attraction, the house was meant to represent the future of home design. Utilizing plastic and other man-made materials as its primary building components. 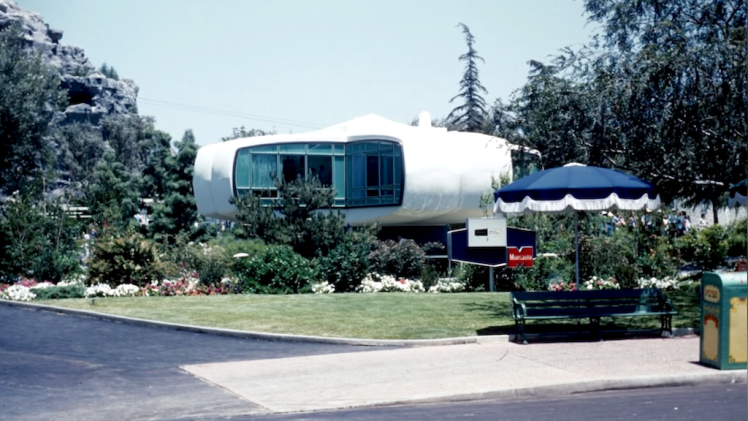 Unfortunately, the house could not keep up with the future and closed just ten years later. Removing the house from the park, however, became more of an issue than originally planned.

The house officially closed its doors in December of 1967 and was said to be removed outright before the new year but as the story goes, the house’s durable nature and solidity from only being made of a few parts made it notoriously difficult to get rid of. It was even said that the wrecking ball the demolition crew brought in just bounced off the side of the house barely leaving a scratch forcing them to slowly deconstruct it by breaking off small parts at a time with choker chains.