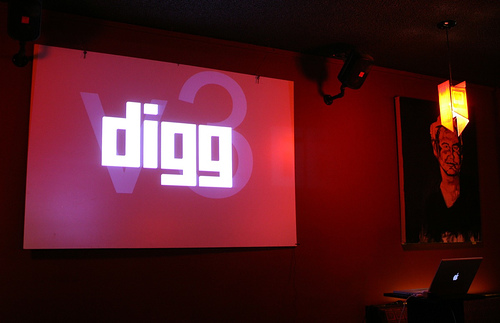 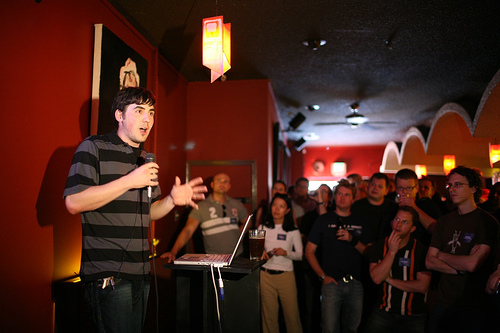 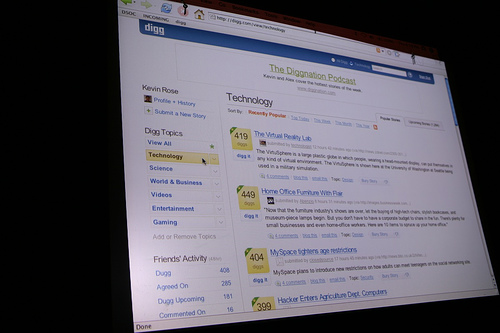 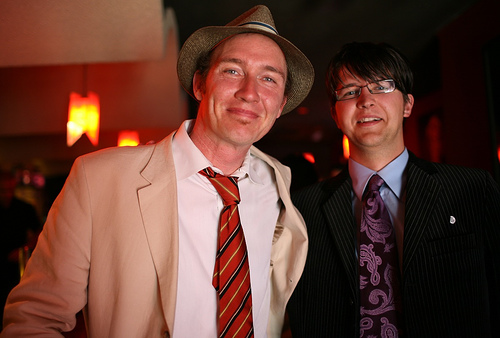 On Monday Digg will be releasing version 3 of their website, so tonight they had a small party at Anu in San Francisco to celebrate the occasion. Here are a few photos, including some screenshots from v3. For more on the Digg v3 launch, check out TechCrunch.

Photos from the Digg v3 Party

This was the 2nd Digg party in a week. Last week Kevin, Alex and the Revision3 crew had a Diggnation Episode 50 & 1 Year Anniversary Party.

Speaking of Digg, this post is up on Digg of course, so Digg it!

UPDATE: So, shooting photos at a Digg party gets you dugg. Friday morning it was the top story on Digg.