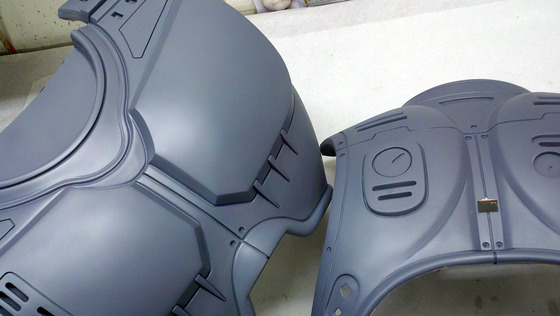 In February of last year the we wrote about the successful Kickstarter campaign to install a RoboCop statue in Detroit. More than a year later, project organizer Jerry Paffendorf has announced that the statue is about to be cast in bronze. Hollywood-based robot replica builder Fred Barton has already built a 1:1 replica of RoboCop. It is currently being 3D scanned and scaled up to a 10 foot tall foam form at Across the Board Creations in Canada. Once that process is completed, the statue will be cast at Venus Bronze Works in Detroit. No word yet on where exactly the statue will be installed.

via The Detroit News

thanks to Shelby DeNike for the tip!