On February 6, Detroit Mayor David Bing’s twitter account received the following helpful suggestion from user @MT: “Philadelphia has statue of Rocky & Robocop would kick Rocky’s butt. He’s a GREAT ambassador for Detroit.” Over the next six days, the power of the internet coalesced into detroitneedsrobocop.com, a Kickstarter project for a seven foot tall statue of Robocop and more than $50,000 in donations. The biggest donor was Pete Hottelet of the Bay Area’s Omni Consumer Products, a movie merchandising company named after the evil conglomerate from the Robocop films, who provided $25,000. 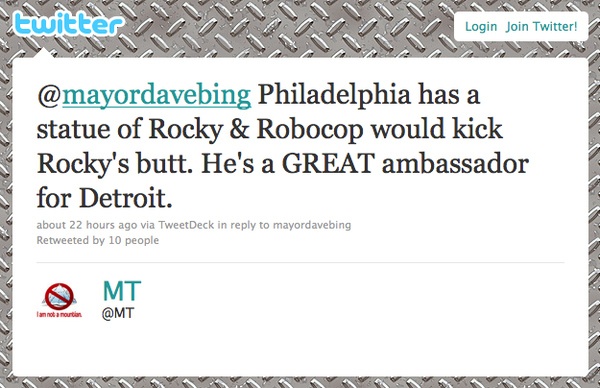