Marie Hunt, a 103-year-old woman, realized her lifelong dream of earning her high school diploma in a small ceremony held a her nursing home in Spring Green, Wisconsin. The determined elder told WKOW that it was difficult for her to get to school when she was a kid.

Marie Hunt is a life-long Spring Green resident. She said she had no way of getting to and from high school so she stayed home after 8th grade and helped raised her eight younger brothers and sisters. She would have been a graduate of the River Valley High School’s class of 1928… “My biggest regret is not getting my high school diploma.” Three of her siblings went to college, and she thinks she “might have been college material, too. 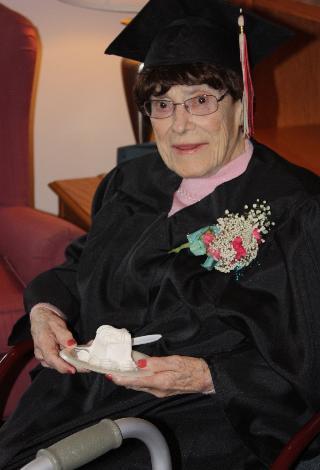