Jason talks about making the film on his blog:

DEF CON is a massive, thriving, varied and strange gathering of people, one I’ve been part of for over a decade and which brings the stories by the bushel. My problem wasn’t having us film interesting things – it was trying to figure out how to shove all those interesting things into one single block of movie. 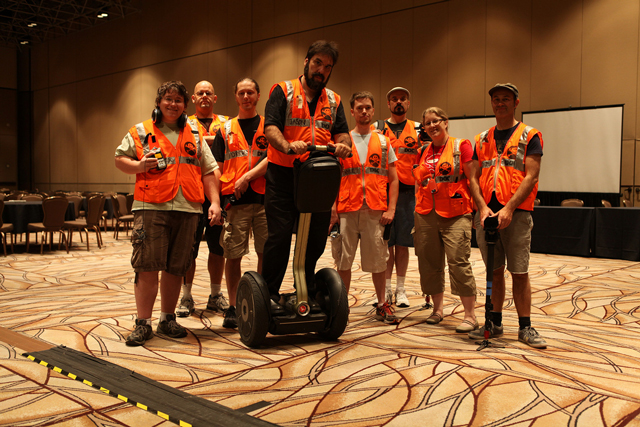 The crew of DEFCON: The Documentary.