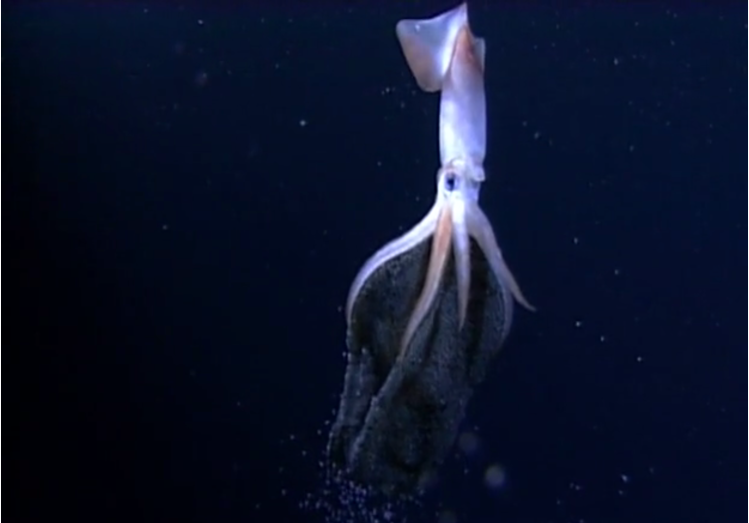 Filmmaker Brent Hoff captured rare and amazing underwater footage of a deep sea squid giving birth, depositing the tiny cephalopods out into the ocean, glowing like falling stars before swimming out on their own. According to Squid World, a female can produce thousands of eggs at one time.

Thousands of eggs can be produced at a time by one female. It isn’t known how the eggs develop inside of the body of the squid. …What we do know is that the size of the eggs depends on the species, but they are all quite small in size. She will distribute them in hidden areas of the water including under rocks or in various holes and crevices she can find. It can be up to eight weeks before those eggs hatch so keeping them save from predators can be difficult. The female squid don’t wait around for them to hatch, they leave after depositing them.